Meri’s Most Cryptic Messages Amid Drama 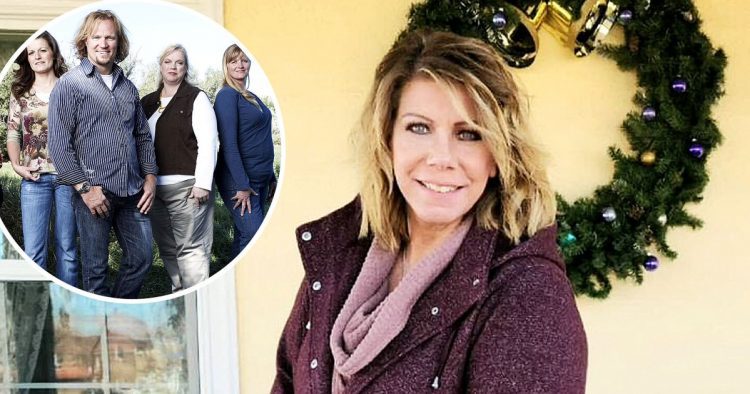 Sister Wives star Meri Brown is no stranger to sharing cryptic messages on social media that seem to be related to her reality TV drama with husband Kody Brown and Janelle Brown, Christine Brown and Robyn Brown.

The Lizzie’s Heritage Inn owner often utilizes her Twitter and Instagram pages to share quotes that she seemingly relates to, having turned to her public platforms before and after season 16 started airing on TLC in November 2021.

“And if I am wrong, educate me. Don’t belittle me,” one of her intriguing quotes read. Prior to that, she posted another message saying, “Stop comparing yourself. Flowers are pretty but so are sunsets and they look nothing alike.”

Before the shocking news of Kody and Christine’s split was announced in November 2021, the polygamous family patriarch spoke out about his strained relationship with Meri in February of that year.

“Meri and I have been in a very dark place for a very long time,” the father of 18 explained to Us Weekly at the time. “It’s been more about trying to get ourselves out of this hole that we dug ourselves into.”

In his interview, Kody said he “hopes” that time could help fix their issues. “In plural marriage, I don’t feel like I’ve got the right to say, ‘This is over, this is ending,’” Kody added. “I feel like they need to understand that — that they can leave. If it’s not working for them, they can leave. Nobody’s going to be a prisoner here.”

Following their move from Las Vegas, Nevada, to Flagstaff, Arizona, in 2018, the Browns experienced several issues in their family unit.

The reality TV brood’s stalled plans to build on their Coyote Pass land has become a major plotline in the new season 16 episodes, showing the moments leading up to Christine and Kody’s split as their family weathered the coronavirus pandemic. During one scene, Kody told viewers in a confessional that he and Meri’s relationship is not one he would describe as “romantic” although they still deeply care for each other.

When the season 16 tell-all episode aired in January 2022, Kody and Meri reflected on their struggles. Meri even explained how difficult it was for her to adjust when Kody added Janelle to their family in 1993.

“It was a struggle for me because now he’s with someone else,” she recalled in the episode that aired on January 30. “There was a hardness in our marriage that was so difficult and so antagonistic, I didn’t know why we were in it.”

Despite her qualms, the reality star noted she is still “committed” to Kody. “From where I am, like, it’s been 31 years now that we’ve been married,” Meri explained. “ I’ve made my choice, I’m still here and I do still have hope.”

Even though some fans were convinced she would leave her longtime spouse, Meri set the record straight about her status with Kody in December 2020.

“Here’s my truth. I love him. I love my family. I’m committed. I have 30 years in this,” she wrote while breaking her silence about their marriage. “We struggle. We communicate. We repair relationships as the parties involved are willing and able.”

Meri and Kody spiritually and legally wed in April 1990 but legally divorced in 2014 so he was able to adopt fourth wife Robyn’s children from a previous marriage. They have been in a spiritual union ever since.

Scroll through the gallery below to see all of Meri‘s cryptic messages.