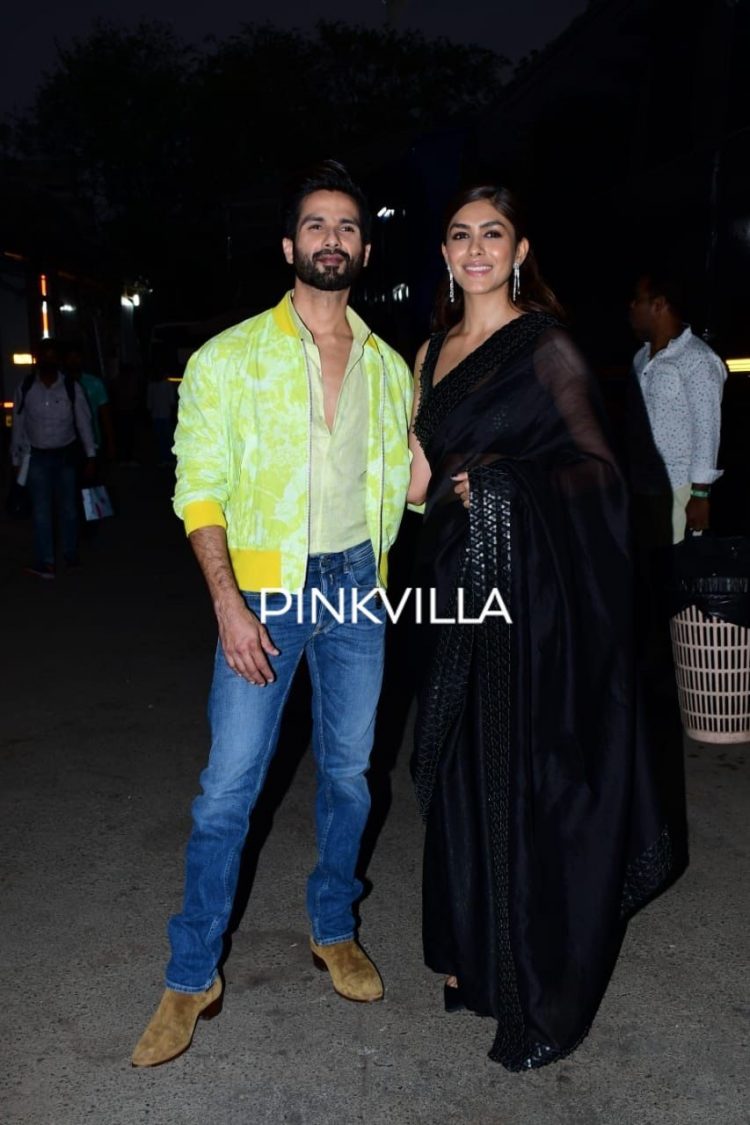 Shahid Kapoor and Mrunal Thakur are all over the headlines owing to their upcoming sports drama, Jersey. The film is all set to release on April 14th, 2020. Makers of Jersey are leaving no stones unturned to promote the movie. Helmed by Gowtam Tinnanuri, the movie will mark Shahid and Mrunal’s first collaboration on the big screen. The film will also star Pankaj Kapur in a key role and is backed by Aman Gill, Dil Raju, and Allu Aravind. It  happens to be an official remake of the National Award Winning Telugu sports drama Jersey which featured Nani in the lead. Today, Shahid and Mrunal were spotted promoting their film together in the city.

In the photographs, Shahid Kapoor looked dapper as he wore a beige shirt and layered it with a lemon and white colour jacket. He teamed it up with denim jeans and brown shoes. The actor’s rugged avatar completely impressed the paps. Meanwhile, Mrunal Thakur was seen dressed in a beautiful black saree. The actress donned bold makeup and accessorised her look with earrings. The two talented actors posed together for the shutterbugs. Jersey is scheduled to release in the theatres on April 14th, 2020, and will be witnessing a box office clash with Yash starrer KGF: Chapter 2. The film was first gearing up for a December 31 release, however, was postponed last minute due to the rising Omicron cases across the globe. On this, Shahid had said, “Aman (Gill, producer) and I were following Omicron very closely and we knew it was building very fast. We didn’t expect things to change drastically in such a short span, but when we did, we decided to defer our release.”