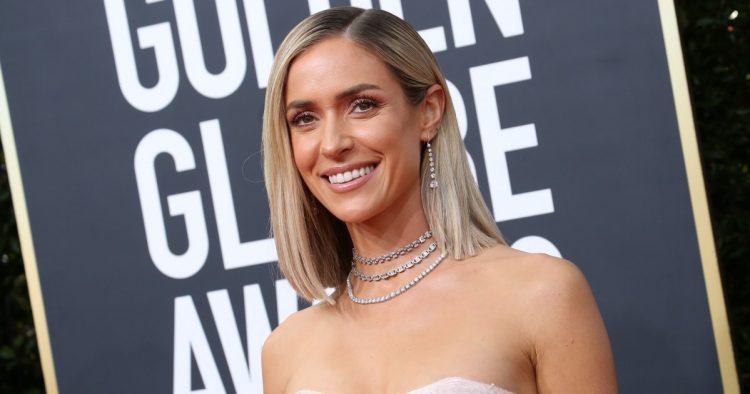 The Hills alum Kristin Cavallari‘s love life has kept fans guessing since she and her husband of seven years, Jay Cutler, split in April 2020. While she seemingly moved on briefly with comedian Jeff Dye, the Uncommon James founder has sparked dating rumors with a few famous faces. Keep reading for everything we know about who the Laguna Beach babe is dating right now.

In April 2022, Kristin was spotted packing on some steamy PDA with Bachelor Nation‘s Tyler Cameron at a photo shoot for her jewelry brand, leaving fans curious about their relationship status. However, Kristin quickly shut down the dating speculation in an interview with Entertainment Tonight, which was published on April 8.

“Tyler is the sweetest human being on the planet, such a great guy, I was so impressed with him,” she told the outlet. “I hired him to play my love interest in a campaign video. There is nothing going on. Great guy, [but] we are not dating, I promise.”

Prior to the rumors swirling around her and the Bachelor alum, she and Jeff sparked romance rumors in October 2020 when they were spotted kissing in a Chicago bar. In the days following their public tryst, an insider told In Touch that the couple’s “chemistry” is “off the charts” and they already have a spark. “She really, really likes him, and they’re seeing what happens,” the source added.

“Kristin thinks Jeff is super sexy, and he constantly has her in hysterics, which is one of the key things she looks for in a man,” the insider said at the time. “They bounce off of each other, and he’s just her type!”

The dynamic duo even exchanged “I Love Yous” during an Instagram Live broadcast in early January 2021, but according to People, Kristin and Jeff split later that month. Interestingly enough, social media sleuths noted Jeff spoke highly of Kristin during a comedy show a week prior to the news of their split, so it seems they may be on good terms.

In another surprising turn of events, Kristin and Jeff fueled rumors they rekindled things doing a social media Valentine’s Day challenge where they filled out the blanks in February 2021. “Dear J, you can skip the chocolate this year, I want tequila, a beach and [a] secret rose candle at Uncommon James. Xoxo, KC,” Kristin’s post on Instagram Stories read.

The comedian echoed the same sentiments in his own post, writing, “Dear K, you can skip the distance this year, I want drinks, dancing, and you from Uncommon James. Xoxo, Jeffy.”

Us Weekly reported in March of that same year that the pair had split once again. However, the Daily Mail obtained photos of the pair poolside lounging on recliners and kissing at a resort in Cabo San Lucas, Mexico, a few days later. It appears they have since fizzled out.

Then, in August 2021, she was romantically linked to country singer Chase Rice. A source told Us Weekly at the time that she and country crooner were a casual couple but “really like each other.”

“It’s still very new,” the source said. “They’ve been spotted around Nashville on a couple of dates, she’s been to one of his shows, and they’re taking things slow.” It appears that things didn’t heat up between them though.

Aside from Chase and Jeff, Kristin was also briefly romantically linked to Summer House‘s Craig Conover.

In April 2022, Kristin addressed romance rumors in an Instagram Stories post in April 2022. At the time she engaged in a fan Q&A and revealed that everyone wanted to know if she was back in the dating game.

“I’ve honestly needed the past 2 years to work through some heavy stuff,” she shared. “I dated a little here and there but no one serious. I am finally in a place where I’m ready for a relationship.” 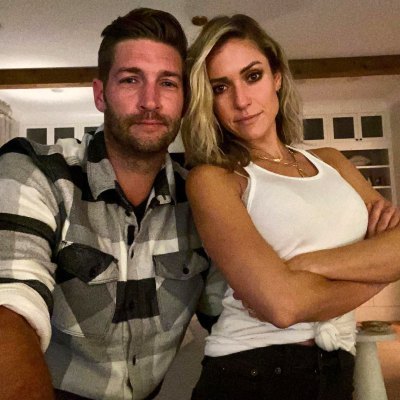 She previously sparked reconciliation rumors with her ex Jay in January 2021, when they posed for a photo posted to each of their social media accounts.

“The world is full of users. 10 years. Can’t break that,” read the identical captions on their pictures. In the snapshots, Kristin leaned into her former flame with her arms crossed as the pair stared down the camera. However, it appeared to be a nod to their strong friendship.

The MTV alum revealed the pair were divorcing in April 2020, after seven years of marriage. “With great sadness, after 10 years together, we have come to a loving conclusion to get a divorce,” she wrote on Instagram. “We have nothing but love and respect for one another and are deeply grateful for the years shared, memories made, and the children we are so proud of. This is just the situation of two people growing apart. We ask everyone to respect our privacy as we navigate this difficult time within our family.”