How much more can the streaming music business grow? Not much, it turns out – National 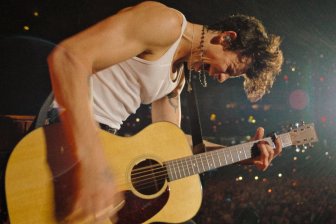 Back in September at a music conference in Singapore, Sir Lucian Grainge, the CEO of Universal Music Group, stated that 100,000 new songs were being uploaded to streaming music platforms every day. That figure was confirmed at the same conference by Steve Cooper, the departing CEO of Warner Music Group.

To be fair, neither man was talking about 100,000 unique and different songs. This number includes all the remixes, edits, alternate versions, live performances, special mixes (Dolby ATMOS/high-res/Spatial Audio, etc.), and the odd duplicate. But it’s still a lot. Apple Music, Amazon Prime Music, and YouTube Music all say they have at least 100 million tracks available. Spotify could be at that level, too, but the most recent official number I’ve seen for their library is 82 million.

To put that into perspective, even the biggest record store back in the olden days (i.e. pre-Internet) stocked 100,000 titles at most. If we assume that each album has an average of 12 tracks, that’s a mere 1.2 million songs.

We’ve long passed the point of Too Much Music. Our choices are endless, practically infinite. And this isn’t a good thing. Let me count the ways.

Let’s look at it from the perspective of the artist. Making your songs available for worldwide distribution has never been easier. But when you upload a track, it has to fight for attention with the other 99,999 tracks that were uploaded that day, not to mention the other 100 million already sitting in the library. Your brand new unknown track has to compete with practically every other song written in history.

The live music industry is in big trouble. Here’s why

No wonder it’s estimated that around 20 per cent of the songs in Spotify’s library haven’t been streamed even once. If we accept Spotify’s estimate of 82 million songs in its library, that means there are 16,400,000 tracks that remain unheard of by anyone, ever.

We’re starting to hear about fan fatigue, too. This once-wonderous all-you-can-eat buffet is beginning to make people queasy. All this choice has people flicking through song after song after song, looking for something perfect for the moment. This has become a grind as music is being used as a tool for our day-to-day activities rather than something that we can sink into and experience. We’re not listening; we’re merely soundtracking.

So much choice has led to confusion. Sure, this song is good, but there’s gotta be something even better out there. What’s everyone else listening to? What am I missing? I’m falling behind! Some even throw up their hands in despair: “I DON’T EVEN KNOW WHAT I LIKE ANYMORE!”

For many, selecting something to listen to has become an interminable chore. Discovering new music has paradoxically become more difficult.

Our attention spans have shrunk. If we don’t like something immediately — usually within five to 10 seconds — we hit the skip button. The algorithms then remove that song from what it recommends to us and we never have the opportunity to learn to like something that requires repeated listening.

New music is increasingly dismissed, especially something different or experimental that has the potential to be groundbreaking and/or transformative if just given the time. The more choice we have, the more disposable songs become.

What’s the solution? Some people are weaning themselves from constant streaming, opting instead to stick with a smaller, manageable selection of playlists that they’ve created themselves. Others have returned to physical media like CDs, vinyl, and even cassettes. An actual physical object that contains music invites far more investigation, which can lead to greater engagement.

Some of those folks have cancelled their streaming music accounts, concerned about how little they hear artists are making from streaming. Others are even discovering the pleasures of old-fashioned radio where they don’t have to worry about choice.

Meanwhile, the streamers have problems of their own. Ingesting thousands and thousands of new songs every day requires server space. Servers cost money. It takes electricity to run those servers. More customers mean more bandwidth is required to distribute all these digital files. That costs money and consumes energy.

It’s to the point where digital music is less environmentally friendly than selling music on pieces of plastic. Add in the economics of the streamers’ business models — all their costs rise in lockstep with revenues — and you have a bunch of platforms that are very concerned for their financial futures.

While record labels, especially the majors, are making billions from streaming, a figure that’s growing every quarter, they’re concerned that the market share for new music is shrinking as people opt to listen to more and more familiar music from years gone by. The gold rush that is “catalogue music” (material more than two years old) comes at the expense of new songs, which are supposed to be the catalogue music of the future.

Something has to change. The tsunami of new music is unsustainable in so many ways. Do streamers cap the number of songs they ingest? Do they restrict the size of their accessible libraries to their customers? Do they cull the songs that aren’t getting any attention from their libraries? Will we see streamers start to discourage musicians from uploading music by limiting royalties for songs that stream more than, say, a thousand times?

Think about Mickey Mouse in The Sorcerer’s Apprentice. If someone doesn’t do something, we risk drowning in music that we will never hear.

2:02
Spotify grapples with artist backlash over COVID-19 misinformation on platform