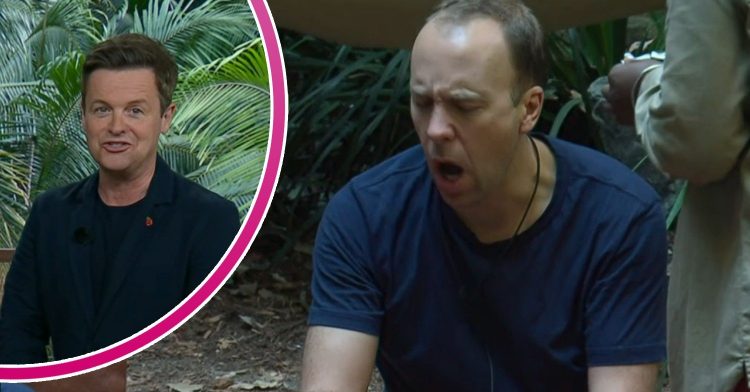 I’m A Celebrity tonight (Sunday, November 13) saw Matt Hancock get stung by a scorpion while in camp.

If the MP was expecting viewers to be sympathetic he was wrong, as they soon tired of him repeatedly mentioning it. 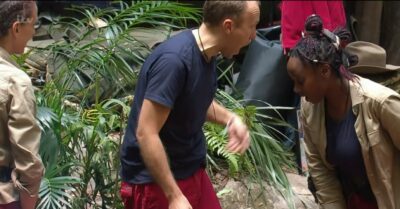 Matt was stung by a scorpion on the show tonight (Credit: ITV)

Matt Hancock stung by scorpion on I’m A Celebrity tonight

If things weren’t bad enough for Matt on I’m A Celebrity – what with being voted for every trial by the public – things got worse tonight.

In a shocking stroke of bad luck, the 44-year-old was stung by a scorpion while in camp.

Crying out in pain, explaining to his campmates that he felt as though he’d just been bitten on his finger.

He then moved some stuff around, revealing the cause of his pain – a small scorpion.

“Oh yeah! Wow, look at that! A scorpion. I’ve been stung by a scorpion!” he said.

The camera then revealed a small scorpion sitting on Matt’s pack. 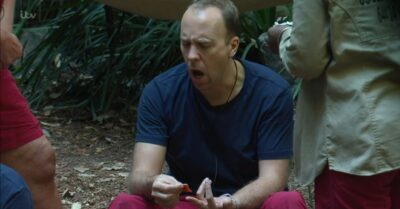 Matt was in a lot of pain following the incident (Credit: ITV)

Things then took a worrying turn as Matt confessed he was in a bit of pain and feeling “dizzy”.

“It was so painful… it hurts a lot and I’m feeling slightly dizzy,’ he admitted.

“Sit, sit, sit…,” Scarlette Douglas said. Matt then took a seat and applied a plaster to his wound.

“He looked like he wanted to cry,” Scarlette then said in the Bush Telegraph.

Boy George wasn’t very sympathetic of Matt’s scorpion sting. “How does that happen, of all the people that could get stung by a scorpion,” he said in the Bush Telegraph.

“I’m not laughing, I’m sure it was horrible but…,” he said, before bursting into laughter.

Later, before his trial, Matt spoke to Ant and Dec about his incident.

“I’ve had quite a full-on morning as I got stung by a scorpion. It was unbelievably painful,” he said.

“It was really painful – it still hurts! But they say the smaller scorpions they just hurt, they don’t kill you.” 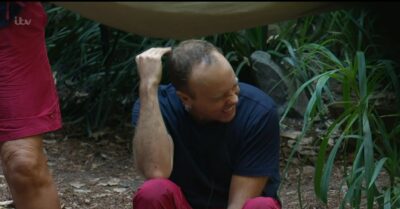 Fans of the show weren’t sympathetic, and they quickly tired at the fact that Matt kept mentioning his scorpion sting.

Some took to Twitter to complain about the Tory MP constantly mentioning his sting.

“Did Matt get stung by a scorpion does anyone know??” one viewer sarcastically tweeted.

“Did Matt Hancock get stung by a scorpion? He hasn’t said?” another joked.

“New drinking game, take a shot every time Matt Hancock says he got stung by a scorpion,” a third wrote.

Not everyone was making fun of Matt tonight though.

“I am actually really starting to like Matt,” one viewer tweeted.