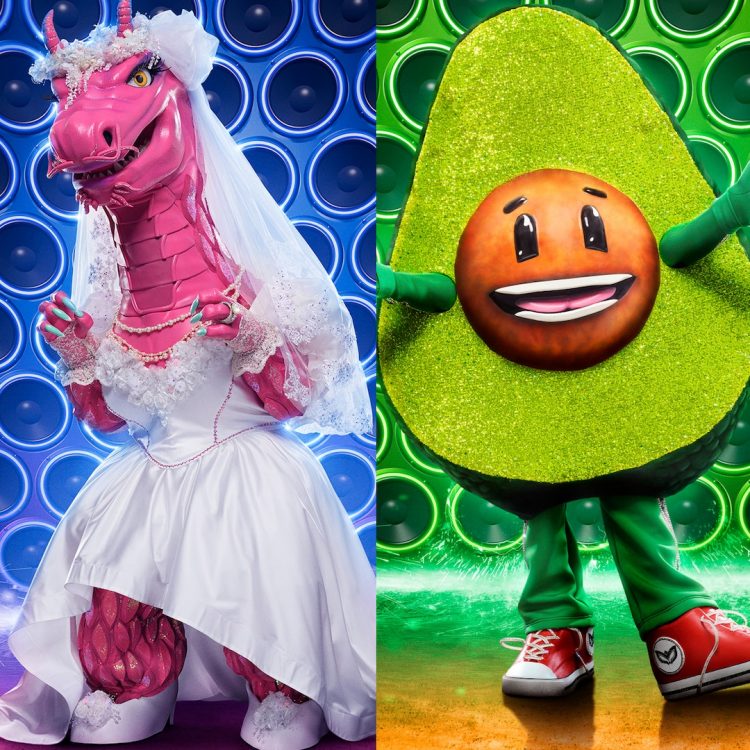 The Nov. 16 episode of the celebrity singing competition featured comedy bits and jokes aimed at the panelists—Ken Jeong, Robin Thicke, Jenny McCarthy and Nicole Scherzinger—and host Nick Cannon throughout the evening—including appearances from comedians Jon Lovitz and Drew Carey. But for a couple of contenders, it was no laughing matter.

First up, The Bride—a giant pink dinosaur in a wedding dress—performed “White Wedding” by Billy Idol. After advancing on the Nov. 9 episode, Bride’s new clues included references to a movie career and the fact that he likes to show off his chest.

Next, Snowstorm debuted with a performance of Ariana Grande‘s “thank u, next.” The performance was preceded by a clue package including roasting chestnuts, speed dating and the intel that Snowstorm had a breakthrough in a traditionally male-dominated industry. Lovitz also revealed that Snowstorm has previously worked with Rob Lowe.

Finally, Avocado‘s clue package included references to podcasting, a history of working in construction and bald eagles. He performed a version of Ray Charles‘ “Hit The Road Jack” complete with some custom avocado puns for good measure.

It was comedy night, after all.