How Long Have Britney Spears and Sam Asghari Been Dating? 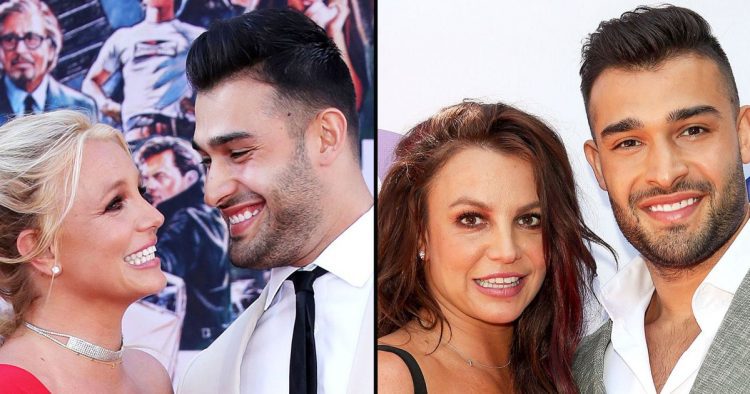 So happy together. Britney Spears and her fiancé, Sam Asghari, have been linked since late 2016, made things Instagram official in January 2017 and have been going strong ever since. He stayed by the singer’s side through her conservatorship battle, and the pair got engaged in September 2021.

The model and actor said he and Britney really hit it off right from the start. The duo met in October 2016 on the set of her music video “Slumber Party.”

Sam said of the experience, “A good friend of mine was working on the music video at the time. They told the casting director, ‘You should cast this guy,’ and then they sent my pictures to my [future] girlfriend and she picked it. She said, ‘I want this guy.’ And that’s how it was.”

“At the music video, we connected, we talked,” the personal trainer added. “We talked about, ‘What do you like to eat? Sushi.’ … And then [exchanged] text messages and, next thing you know, a date. Just like a normal couple.”

Fast forward five years and  Sam finally popped the question. “I can’t f–king believe it!!!!!!” Britney wrote via Instagram alongside a video showing off her dazzling new diamond ring on September 12, 2021.

Britney and Sam are now looking forward to getting married, in addition to possibly expanding their family, after her conservatorship came to an end in mid-November 2021.

“I’m thinking about having another baby!!!” the pop star, 39, who shares sons Sean Preston, 16, and Jayden James, 15, with ex Kevin Federline, wrote in a caption alongside a photo of a mother and daughter standing next to each other on November 16.

A source told In Touch exclusively in August 2021 that Britney is “really optimistic” about her future with Sam and “has put together a beautiful vision board of her dream wedding and future plans.”

“She got creative and cut out images from magazines and is using photographs and drawings,” the insider added before he officially popped the question. “She adds to the vision board most days.”

Learn all about Britney and Sam’s relationship in our gallery below.