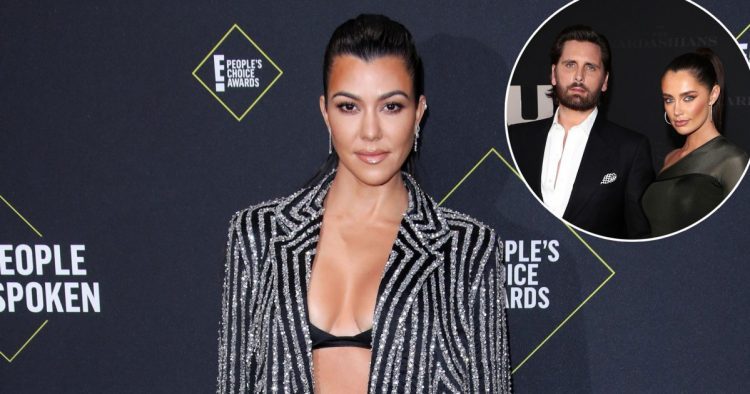 Scott Disick‘s new girlfriend Rebecca Donaldson has his ex Kourtney Kardashian‘s stamp of approval, a source tells Life and Style exclusively. “Kourtney is so happy that Scott is finally dating someone closer to his age,” the insider reveals about Scott, 38, and Rebecca, 27.

“She feels like Rebecca, being in her late 20s, is ideal for Scott because his history with dating teenagers never ever seems to end well,” the source adds, referring to Scott’s last two girlfriends, Sofia Richie and Amelia Gray Hamlin. Both ladies were 19 years old when they embarked on romances with the much-older Talentless founder.

Kourtney is also happy that a more mature woman will be around the three children she shares with Scott when the kids are with their dad. “It makes her feel good to know that Rebecca is around the kids instead of someone in their teens,” the source reveals. The former couple are parents to sons Mason, 12, and Reign, 7, and daughter Penelope, 9.

It was awkward when Scott was dating Amelia, as she was 19-years his junior and far closer in age to her boyfriend’s son Mason. “Of course, the kids’ nannies are always with them too, but Kourtney was never really into the idea of someone just 6-ish years older than Mason taking on a parenting role with the kids when with Scott!” the source shares.

“Kourtney keeps joking to friends, ‘Scott’s finally dating a grownup!’ and she truly couldn’t be happier for him. She wants him to be happy because a happy Scott means it’s easier for her to deal with him as a coparent,” the insider reveals.

While Scott and Rebecca just started taking their romance public, he took the major step of making their relationship red carpet official, bringing her to The Kardashians on Hulu Hollywood premiere on April 7. The pair smiled and posed for photographers, looking so happy together.

“Rebecca is lovely and funny and fun to be around and is looking for something a little more serious with Scott,” the source explains, adding, “She isn’t in L.A. full-time though so maybe that will change soon. Kourtney is just really happy they met and get along so well.”