Jessica Alba & “Encanto’s” Charise Castro Smith Team Up for “Confessions on the 7:45” Series at Netflix 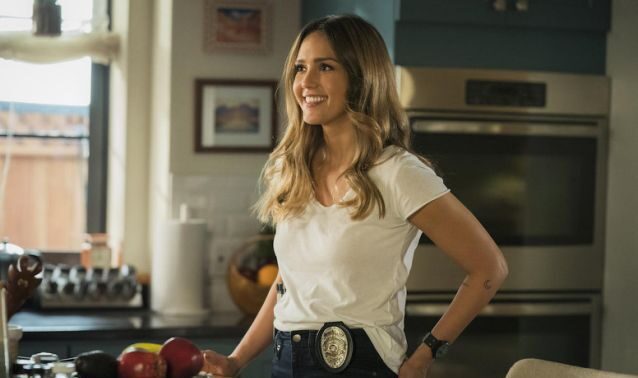 Jessica Alba is joining forces with the co-writer and co-director of “Encanto” on her next project. Charise Castro Smith is attached to pen an adaptation of “Confessions on the 7:45” for Netflix with Alba set to star in the series. Deadline broke the news.

Published in 2020, Lisa Unger’s international bestseller is a “psychological thriller in which a working mom (Alba) meets a stranger on a train as she is commuting home who upends her life. As her life unravels and betrayals are revealed, she questions whether we can ever truly know the people closest to us,” per the source.

Alba and Smith are among the project’s exec producers. The latter serves as showrunner.

“I could not put this book down,” said Alba. “The moment I read the line, ‘If you want to keep a secret you must first hide it from yourself,’ I was hooked. This book is about trying to bury secrets and the shame we carry until the truth exposes us. I can’t think of a more exciting person to partner with on this project. Charise is so ridiculously talented and truly gets every nuance under the skin of these characters and their web of lies.”

“Encanto” won this year’s Oscar for Best Animated Feature Film. Smith’s other credits include “The Haunting of Hill House,” “Sweetbitter,” and “Devious Maids.”