Singer Queen Naija Shares Says She Can Do More Than Just R&B Music: I Can Do Gospel, Country & Drill! 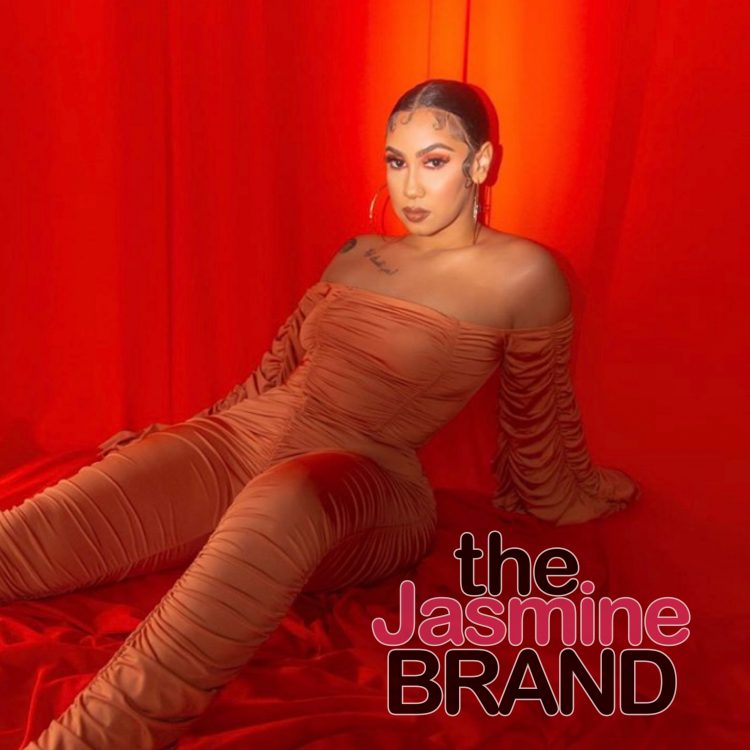 Queen Naija Shares Says She Can Do More Than Just R&B Music: I Can Do Gospel, Country & Drill!

R&B singer/YouTube personality Queen Naija has made it clear that she could never be restricted to one category when it comes to her craft of making music.

Queen Naija, 26, took to Instagram on Sunday (April 10) to let fans and followers know that her music catalog is just getting started. Queen Naija shared in a post via her IG stories that she’s versatile when it comes to music, but she’s still trying to make her mark in the music industry. Queen wrote,

“I could do anything y’all gotta know that. I could do old school R&B, I could do gospel, I could do DRILL, I could do country, hell I could even do punk rock. I haven’t shown ppl that because I’m still
trying to make my mark here & set the tone, a lot of people slept on
misunderstood and that’s okay. Just means I gotta start playing the game. When you too humble they don’t respect you!!! QN2 in the making..” 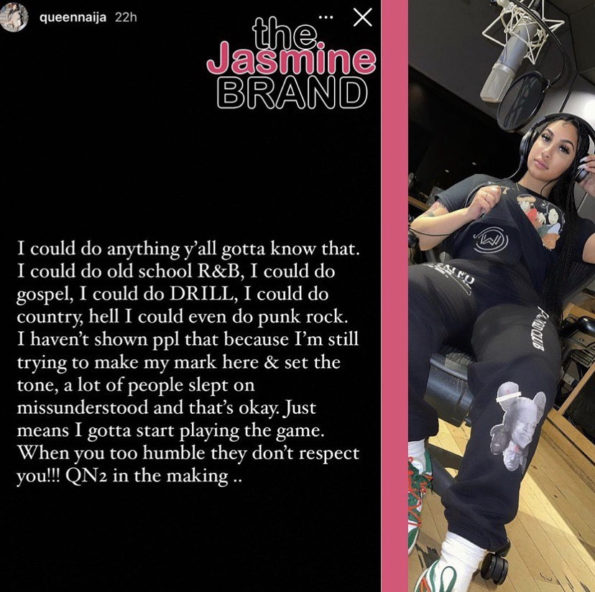 If you haven’t already heard, Queen recently linked up with New York drill rapper Fivio Foreign to collab on his album “B.I.B.L.E.” that was released on Friday (April 8). Alongside singer and rapper Coi Leray, the two created fan favorite song “What’s My Name,” a nearly three and a half minute long track that samples Destiny’s Child’s 1999 hit “Say My Name.”

Check out a snippet of the track below.

Are you looking forward to Queen Naija branching off into other music genres? Let us know in the comments below!