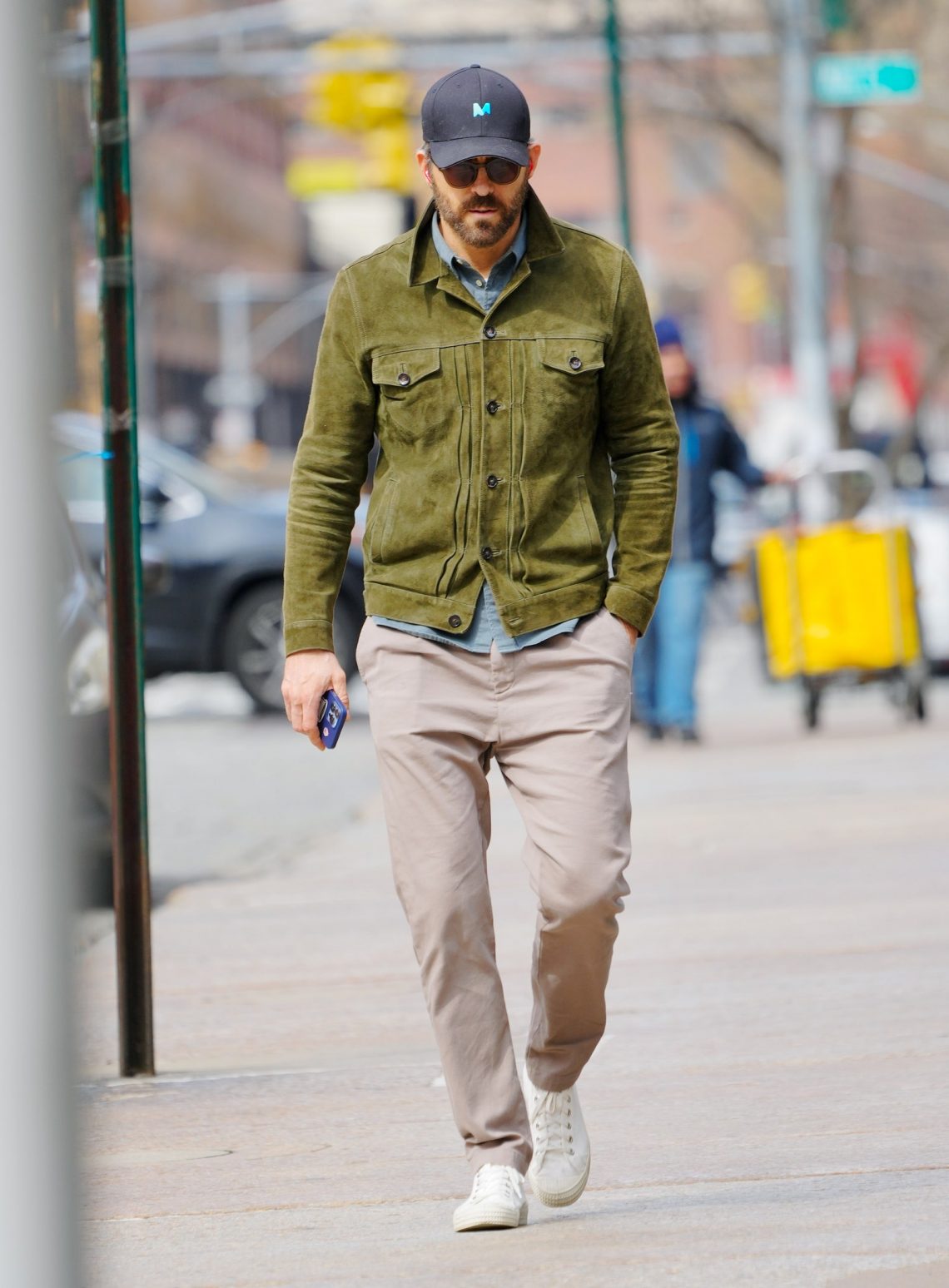 As far as celebrity style goes, we often prioritize nighttime dressing: all the premieres, events, and award shows that accompany the profession of Being Famous typically suck up all the attentional oxygen. But one could argue that daytime dressing is when the authentic looks come out—when we get a glimpse of who actually likes to wear what. It’s when stars, as they say, can really start dressing.

Ryan Reynolds is exceptionally good at daytime dressing. And, apparently, it’s impeccably simple. Way back in 2019, he told the New York Times that when it comes to personal style, “I tend to find something and stick with it.” His go-tos are straightforward, almost to the point where they resist description: nondescript tees, uncomplicated jackets, closely tailored trousers, and cool but not hype-y sneakers. Three years later, he’s doubled down on the formula. On Monday, the actor was spotted in New York City wearing a crisp khaki work jacket, tapered and pleated pants, simple high-tops, and his trusty drivers cap, which, as he told the Times, he’s had now for almost two decades.

(“I’ve had a hat for 15 years that I still love. It’s a hat that my wife would kill me if I ever got rid of it. She thinks of it as just indelibly me,” he said then, referencing his wife, actress Blake Lively. “It’s an old driving, newsboy kind of hat. It’s made by a guy named John Hanly. It’s called a John Hanly Ireland cap. I don’t know what that means. I only know that because I’ve looked at the back of it for 15 straight years. It’s threadbare. I don’t think it’s going to last. I don’t wear it as much as I used to because I’m afraid it’ll fall apart.”)