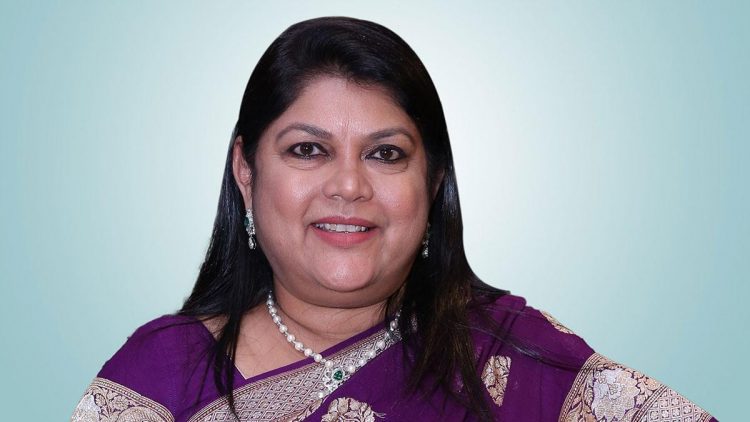 Having spent a large part of her professional career as an investment banker, Nayar is credited with “disrupting a brick-and-mortar industry by taking a digital route to sell beauty products in 2012”. “Her start-up, Nykaa, is one of the profitable start-ups in the country with a strong omni-channel presence,” a statement from EY said. From beauty, Nykaa has now moved into fashion and lifestyle – it today has a portfolio of over 2,600 international brands and in excess of 100 offline stores. Nykaa is now a publicly traded company after a successful IPO. Incidentally, Nayar was also the recipient of EY’s Entrepreneur of The Year Award in the start-up category in 2019.

Also, AM Naik, Chairman, Larsen & Toubro was felicitated with the lifetime achievement award. He joined the company in 1965 and took charge as CMD in 2003. “He has been instrumental in transforming the engineering services company into one of India’s foremost conglomerates spanning engineering and construction, energy, finance and IT. Imbibing ‘Atmanirbhar Bharat’, he has given a strong ‘Make in India’ orientation to the company’s products and has engaged L&T in sectors of national significance of defence, nuclear, energy, aerospace, infrastructure, oil & gas and power,” said the statement. The awards were chosen by a nine-member panel.

There were awards in nine other categories, with the winners representing both mature industries and young entrepreneurs from start-ups including unicorns. Among them were Fashnear Technology for start-ups, Abhay Soi of Max Healthcare for business transformation, Sunil Vachani of Dixon Technologies for manufacturing, Sahil Barua of Delhivery for services, Shiv Kishan and Manohar Lal Agarwal of Haldiram for consumer products & retail, Satyanarayana Chava, Founder and CEO, Laurus Labs for life sciences & healthcare.

Addressing the gathering, Minister of Labour & Employment and Environment, Forest & Climate Change, Bhupender Yadav, said, “India is marching towards an inclusive and sustainable economy which firmly believes in enabling and enhancing the efficiency and efficacy of our entrepreneurs. It is great to see that this year, EOY Awards has 21 Finalists with combined revenues of Rs 1.87 lakh crore, who collectively employ more than 2,60,000 people; this is a testimony of the nation’s entrepreneurial talent.”

Rajiv Memani, Chairman and CEO, EY India, said, “The backdrop of the awards this year is one of great resilience of India’s entrepreneurial ingenuity and the country’s growth prospects. Our EY Entrepreneur of the Year 2021 Winners should be celebrated for their success against all odds, especially in today’s business environment which is more dynamic than ever. Many of the winners are very young and have tremendously scaled their enterprises through innovation, adoption of new-age technologies, and value creation in a very short span of time.”