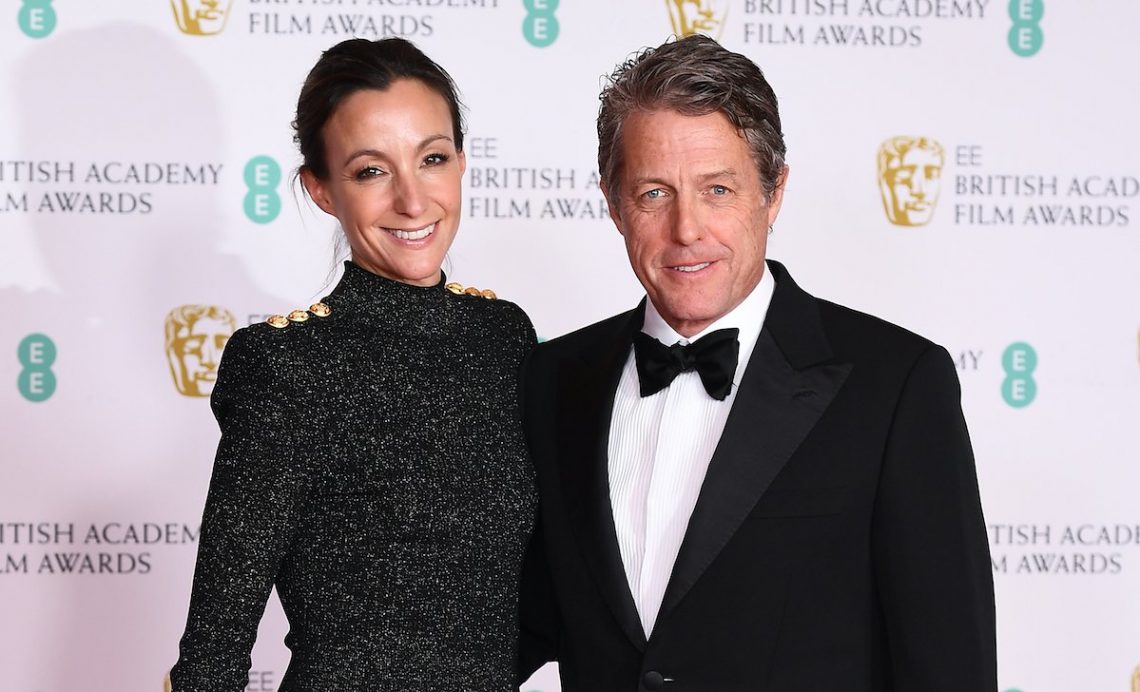 Is Hugh Grant fighting with his wife? One tabloid claims Grant and his wife, Anna Eberstein, have fallen on a hard time because of Grant’s womanizing ways. Here’s the latest gossip about the rom-com icon’s marriage.

‘Trouble In Paradise’ For Hugh Grant?

This week, Life & Style reports Hugh Grant and wife Anna Eberstein have hit a rough patch. According to the report, Eberstein isn’t comfortable with the fact that Grant is still close with his exes Elizabeth Hurley and Tinglan Hong. “Hugh’s personal life has always been complicated,” an insider remarks. “Him having all these different women in his life rubs Anna the wrong way.”

Apparently, Eberstein “doesn’t see eye-to-eye” with Hong and “gets jealous when she finds out he’s been calling” Hurley. Sources say Grant’s past relationships are starting to become a real point of tension in his marriage, but he still maintains genuine friendships with his exes. The actor is reportedly stuck between a rock and a hard place. “Hugh’s caught in the middle. He’s getting it from all ends!”

First of all, this story is coming from absolutely nowhere. Nothing has happened recently that would make us think there’s any tension between Hugh Grant and his wife. The couple keeps pretty private lives, so this rumor is a bit baffling. But despite the sheer unlikelihood of this tale, let’s dive into why we’re doubting it. To start, Grant and Hurley have stayed friends despite breaking up years ago, and it has never been a problem in the past. After splitting, Hurley went on to name Grant the godfather of her son, Damian.

And Hurley herself has made it clear that a romance with Grant is completely off-limits. “He’s very happily married,” Hurley said about Grant. “I spent some time with him and his wife a few weeks ago at a birthday party. He has five children. He’s a great daddy.” It really seems like Hurley and Grant are as good as family now, and there’s no reason to worry about them rekindling anything.

As for Grant and Hong, they still have two children together. No matter what happens, there’s no way to untangle Hong from Grant’s life. We’re sure Eberstein respects Hong as a mother and isn’t upset that Grant still keeps in contact with her. Overall, this magazine showed a clear misunderstanding of Grant’s personal life. Overall, it really seems like Eberstein and Grant have a mature, loving relationship that isn’t going to be jeopardized by such trivial matters.

Marital Strife Gossip From The Tabloid

This isn’t the first time Life & Style has overreached on a story about a famous married couple. Last year, the outlet reported Mila Kunis and Ashton Kutcher were fighting over parenting matters. Then, the magazine claimed Ryan Reynolds’ marriage to Blake Lively was in jeopardy of falling apart. And more recently, the publication alleged Tom Brady’s marriage to Gisele Bundchen was “at a breaking point.” Since all of these couples turned out to be doing just fine, we’ve learned not to trust everything Life & Style says about celebrity couples.