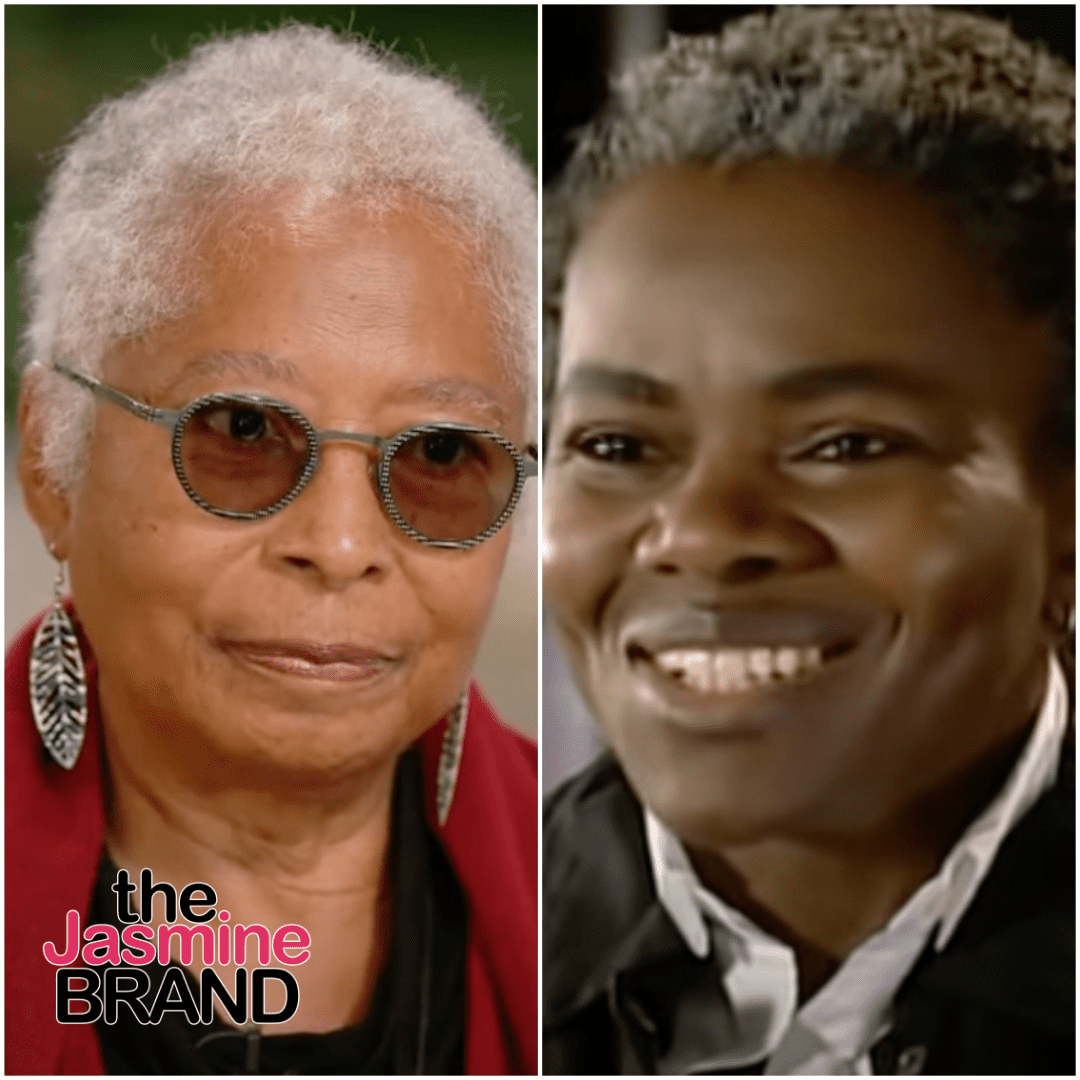 Alice Walker is opening up about her relationship with Tracy Chapman.

The author, best known for her book The Color Purple, has been vocal about dating both men and women. She reportedly had a relationship with Tracy Chapman in the ’90s when she was in her 20s.

“I’m someone who actually loves everybody, men and women. And it’s just the most wonderful thing.”

But she agreed with Gayle King that Tracy Chapman was one of her “great loves.” She recalled being instantly attracted to the “Fast Car” singer due to her voice, saying:

“You know, there are some voices in our culture that can carry the whole culture and really make an emotional sense of it and liberate you into a deep love of that.”

It’s unclear what happened between them, but Alice Walker said they “aren’t really talking anymore.”

“That happens, though,” she added.

Naturally, Gayle King wondered about how Tracy Chapman might feel about Walker talking about her in her book, but the author was not concerned.

Chapman, it seems, has never revealed her sexuality or discussed her relationship with Walker.

What do you think about Walker‘s decision to put their relationship out there? Let us know in the comments!