How Did Kourtney Kardashian and Travis Barker Start Dating? 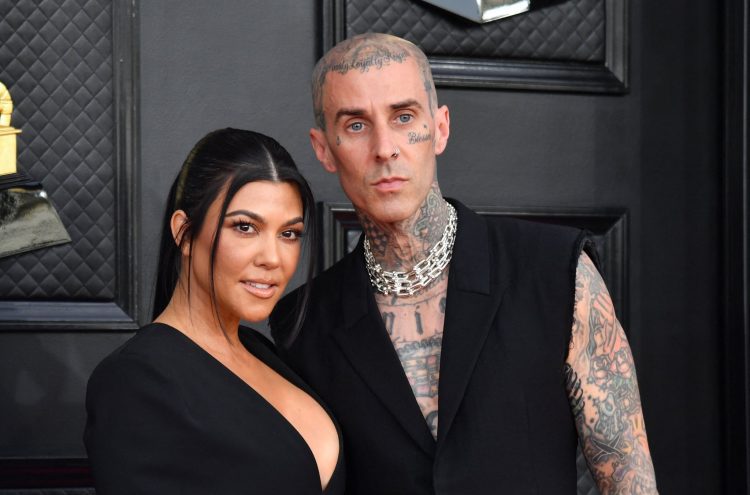 Kourtney Kardashian and Travis Barker’s relationship is at the center of “The Kardashians” on Hulu. In the premiere episode, which debuted on April 14, Kardashian finally details how she and the drummer went from longtime friends/neighbors to lovers.

“I was definitely always attracted to Travis. I just think it was the right time in my life. I had taken like a year to myself, but my closest best friends have always said, ‘You have to hook up with Travis,'” Kardashian explains. “We would almost like play house because we would do things together with our kids; we would go to museums and go to church.”

The couple first met in 2006 when Barker was dating Paris Hilton. Kim Kardashian was working as Hilton’s closet organizer and stylist at the time. According to Kardashian, their relationship turned romantic during the pandemic in 2020. “We were texting, and so I just put it out there, like flirtatious conversation,” Kardashian says. “Finally, once I made it known, he asked me to watch a movie, and the whole movie, he didn’t make a move.”

When the producer asks Kardashian who went in for the first kiss, Kardashian says she did. “He was taking a long time,” Kardashian notes. “The movie was over and then we started another movie and I was like, ‘I don’t have time for this movie marathon.’ So, I made the first move.” She continues, “The second we fell in love, I think we knew how different it was from anything either of us have ever had before . . . we absolutely see a future together.”

Fast-forward to present day, and Kardashian and Barker are getting married! Barker famously popped the question on the beach in Montecito, CA, in October 2021. Six months later, Barker and Kardashian had a “wedding” in Las Vegas after attending the Grammys together.

The pair got married at the One Love Wedding Chapel in Las Vegas in the wee hours of the morning on April 4. The ceremony lasted 30 minutes and included an Elvis Presley impersonator. However, it turns out the ceremony wasn’t legally binding. “Once upon a time in a land far, far away (Las Vegas) at 2am, after an epic night and a little tequila, a queen and her handsome king ventured out to the only open chapel with an Elvis and got married (with no license),” Kardashian later wrote on Instagram. “Practice makes perfect.”

Kardashian also opened up about the ceremony during an appearance on “Jimmy Kimmel Live” after Jimmy Kimmel said she got “fake married.” “It’s not called ‘fake married.’ There was no possibility to get a marriage license at that hour,” she said. “We just did it anyways. It’s what’s in the heart. It’s just not legal.”