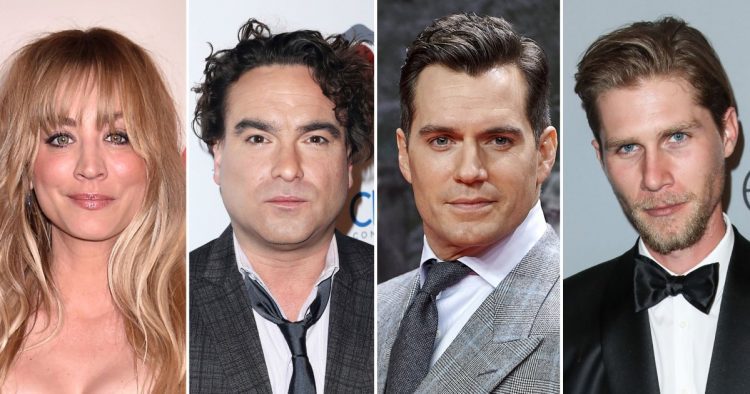 There will be no “third time’s a charm” when it comes to marriage for Kaley Cuoco. The Flight Attendant star is swearing off matrimony forever following her divorce from second husband Karl Cook. The actress has had one other marriage and some high-profile romances with fellow actors.

Even though she gave marriage several tries, Kaley has had an interesting dating history that has included her Big Bang Theory costar Johnny Galecki and Justice League star Henry Cavill.

The actress’ first marriage to tennis pro Ryan Sweeting came and went in the blink of an eye. They got engaged in September 2013 after just several months of dating and married on New Year’s Eve. Kaley filed for divorce 21 months later, citing “irreconcilable differences.”

The blonde beauty was left so soured by the experience that she didn’t want to remarry. “I honestly thought I wouldn’t get married again. My ex ruined that word for me,” she told Cosmopolitan in 2018, “I married someone the first time who completely changed. The person I ended up with was not the person I originally met. And that wasn’t my fault — that was his.”

After splitting from Ryan, Kaley began dating fellow equestrian Karl Cook in early 2016. Their mutual interest in horses, equestrian competitions and a love of dogs made them a perfect match. “I couldn’t be happier. I feel very, very lucky that I found someone like him,” Kaley told Us Weekly in September 2017.

Karl proposed to Kaley two months later on November 30, 2017, getting down on one knee and asking her to marry him at home surrounded by their pals on her 32nd birthday. The two wed on June 30, 2018, in horse-themed nuptials on a ranch outside of San Diego, California.

Sadly, there would be no happily ever after with Kaley’s second marriage. She filed for divorce three years later in September 2021.

“Despite a deep love and respect for one another, we have realized that our current paths have taken us in opposite directions,” the former couple said in a joint statement about their split, adding, “We have both shared so much of our journey publicly so while we would prefer to keep this aspect of our personal life private, we wanted to be forthcoming in our truth together. There is no anger or animosity, quite the contrary.”

Scroll down for photos and details on Kaley’s relationship history.