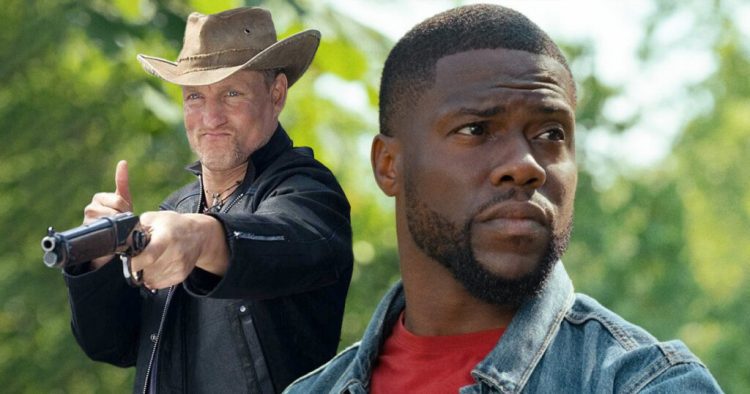 Sony Pictures’ The Man from Toronto was scheduled to hit theaters this August but Variety has reported that the action-comedy has now been picked up by Netflix. The streaming service picked up the worldwide rights to the film for all territories with the exception of China.

The Man from Toronto stars Kevin Hart and Woody Harrelson and revolves around “a case of mistaken identity after the world’s deadliest assassin, known as the ‘man from Toronto’ (Harrelson), and a stranger (Hart) run into each other at an Airbnb. Chaos soon follows as the assassin’s world comes crashing down on Hart.” This move to Netflix isn’t a huge surprise as it falls under the streaming service’s exclusive deal with Sony. Netflix made a pact for the rights to Sony’s pay one post-theatrical window last year and included in the deal was a first-look arrangement that would let Sony make movies exclusively for streaming. Scott Stuber, Head of Global Films at Netflix, said:

Sony Pictures is a great partner and we are thrilled to expand our relationship through this forward-thinking agreement. This not only allows us to bring their impressive slate of beloved film franchises and new IP to Netflix in the U.S., but it also establishes a new source of first run films for Netflix movie lovers worldwide.

In addition to Kevin Hart and Woody Harrelson, The Man from Toronto also stars Kaley Cuoco, Jasmine Mathews, Ellen Barkin, Lela Loren, Pierson Fode, and Jencarlos Canela. Patrick Hughes (The Hitman’s Bodyguard) directed from a script by Robbie Fox and Chris Bremner. The Man from Toronto was originally slated to star Jason Statham alongside Kevin Hart, but Statham abruptly left the movie prior to shooting.