Did Halle Bailey Get Plastic Surgery? The Singer Weighs In 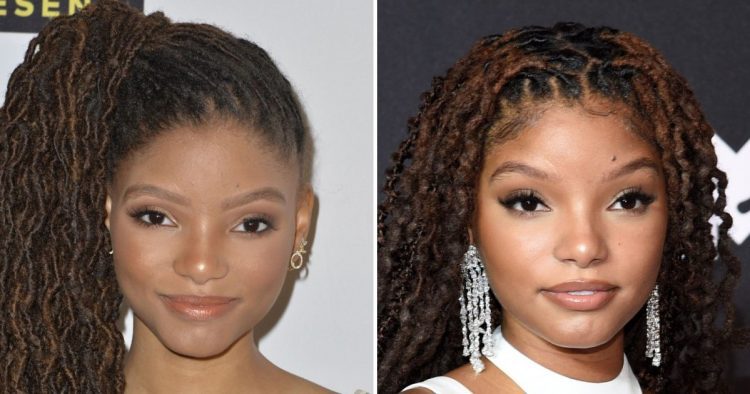 Setting the record straight! No, Little Mermaid star Halle Bailey didn’t get plastic surgery, but she has changed a lot over the years!

In April 2022, the songstress took to Twitter and addressed rumors that she got breast implants.

“Lmaooo not y’all thinking I got boob implants whattt,” Halle shared, following up her post with a series of crying laughing emojis. “No ma’am God gave me these and gave [sister] Chloe [Bailey] the booty.”

Alongside her sister, Halle stepped on to the Hollywood scene in 2006. After a few movie and TV roles, the dynamic duo started releasing music under the moniker Chloe x Halle in 2016. They’ve since started working on solo projects while often reuniting for red carpet events. Halle, for her part, was cast as Ariel in the live-action Little Mermaid movie in July 2019.

“It’s very just surreal because, you know … of course, there’s all this post-production that’s happening … And so I think I went in for some ADR and, you know, it was just very surreal to seeing yourself that way,” Halle told Extra in December 2021 about playing the role of a Disney princess. “I get really emotional, and I was trying to hold it in, and then after I was driving home in the car, I just was, like, crying. It just doesn’t really hit me until certain moments … We still have a long time to wait, but I’m just very grateful for that opportunity in my life.”

Just like her character, Halle told Flaunt in August 2021 that she “connected” with how Ariel “wants to discover something new.”

Throughout her time in the spotlight, “The Kids Are Alright” songstress has experienced tons of new adventures. However, she’s also been open about dealing with “imposter syndrome” in the industry.

“My sister empowers me every day just by being herself and watching how hard she works,” Halle told E! News in March 2022. “I think that I’ve always had a great example in her growing up of what I would like to be and what impact I would want to have on people.”

When reflecting on Chloe’s influence in her life, Halle added, “I think that’s just so powerful and so special to have someone like her in my life where she can just remind me of that.”

Scroll through the gallery to see Halle’s Hollywood transformation over the years.