This Celeb-Favorite Trend Is Taking Over Mango and Zara 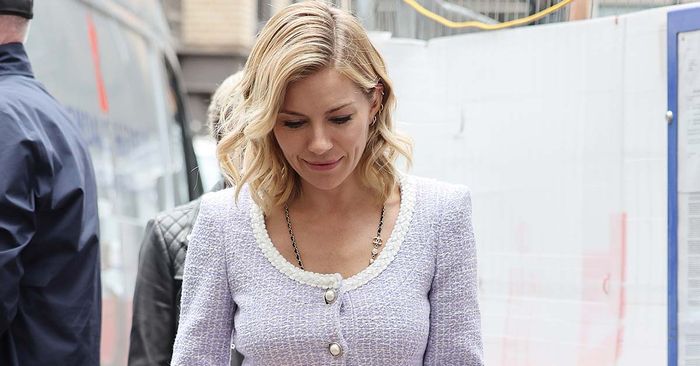 When I first saw three A-list celebrities wearing almost identical pastel-colored tweed sets this month, I could’ve sworn it was déjà vu rather than reality. One or even two tweed looks, maybe. But three, especially when they all looked so similar, felt impossible given how long it’s been since we last saw the style on top. Yet it absolutely was not an illusion.

While doing press in Cannes recently, Euphoria star Sydney Sweeney wore a baby-pink Oscar de la Renta miniskirt-and-tank set with point-toe kitten heels (another rising trend this year). Shortly thereafter, for a panel in Los Angeles, Selena Gomez wore an eerily similar look, including a pink Mango dress with cutouts and a matching cropped jacket. The cherry on top arrived on Wednesday when Anatomy of a Scandal’s Sienna Miller was spotted in London in the lilac version of Sweeney’s and Gomez’s tweed sets, hers from Alessandra Rich. Coincidence? I think not.

As if overnight, tweed went from being a fabric often only seen on the royal family—Kate Middleton has long been a fan of the style—to being completely unavoidable in Hollywood and beyond. But it doesn’t end with them. A few quick scrolls through Zara and Mango will tell you that the trend is quickly catching on in the market, meaning that sets like Miller’s, Sweeney’s, and Gomez’s are fast approaching a closet near you.

Keep scrolling to shop the tweed trend before it really is everywhere.