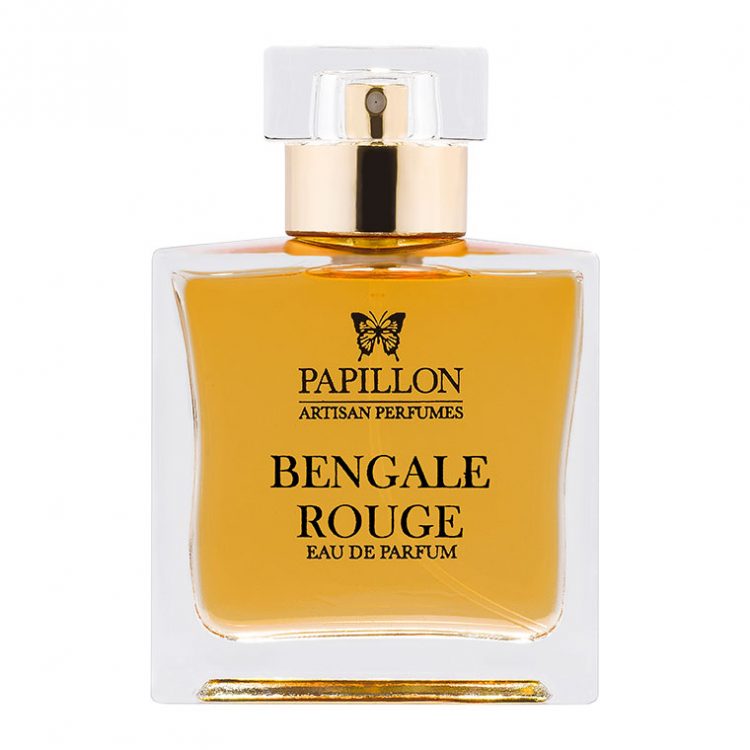 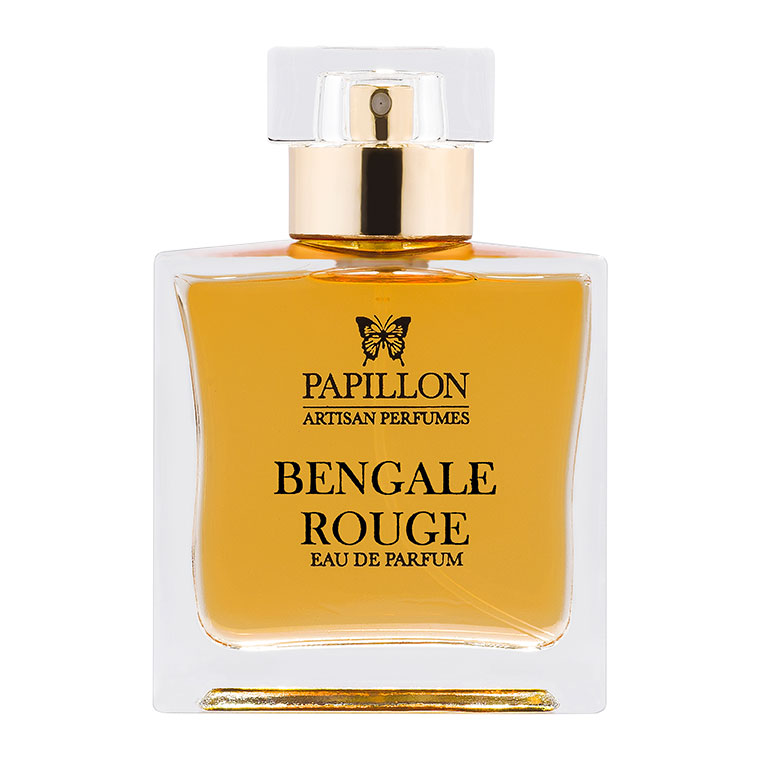 Papillon Bengale Rouge Eau de Parfum has a brighter zing of lemony citrus that gets drizzled over thick, raw, unfiltered, unheated honey–the kind where you can tell where the bees have been because it positively blooms with subtle floral notes, but here it was like a medley of lemony roses and wildflowers. There was a touch of cinnamon but never so much that it dominated. In the middle and drydown, the honey thickened, darkened, and became less honeyed and more resinous and sap-like with vanilla and sandalwood.

Per the perfumer, the fragrance is inspired by their Bengal cat, but it is supposed to be a “re-imagining of the notes that lay upon [the] leopard coat” and focused on “a domesticated cosiness that would embrace the wearer” that the perfumer felt with their cat. The notes are listed as: sandalwood, Turkish rose, honey, vanilla, sweet myrrh. Some retailers also include orris, oakmoss, benzoin, and labdanum.

It opened with a bright, zingy lemon that was squeezed in a rich, gooey dollop of honey. It bloomed with aromatic florals, though nothing I could personally identify as rose, but it very much reminded me local, wildflower honey–thick, golden, fragrant, and sweet. I can only imagine the rose here was more of a lemony rose than a more traditional, sweeter rose.

Bengale Rouge remained aromatic, full of bright, citrus blossoms buried under layers of golden, unfiltered honey two hours into its development. The honey deepened and darkened, more resinous and spiced as more notes came into play, almost like a dash of cinnamon. It was slightly animalic, smoky, and thicker as it wore on, but it was still predominantly soft rose and golden honey with spiced myrrh that was velvety and smooth, plush but not heavy.

The honey note faded to the point of being a minor player after three and a half hours on my skin, and the sweetness was more resinous with vanilla over a soft, sandalwood base. In the drydown–around the sixth hour–the vanilla was a bigger player, a darker, almost boozy vanilla against a sandalwood base.

It lasted for eight hours until it was a skin-scent and about 12 hours before it was quite difficult to detect on my skin. The sillage and projection were moderate with the sillage dropping faster than the projection within three hours of wear.

A lot of scents don’t evoke specific memories in my personal life–more likely to bring a sense of something I’ve seen in a movie or the like–but the citrus and honey were dead-on for the smell of pouring wildflower honey into a steaming cup of decaffeinated tea with a fresh squeeze of lemon. The thing I only drink when I’m sick, and something I first had when I was sick at my boyfriend’s (now husband!) house, made by his mom, who was VERY generous with the honey! This had one of the more authentic honey notes I’ve come across; it just had that real aromatic sense and sweetness that was rich but not cloying. Oh, I was sold!