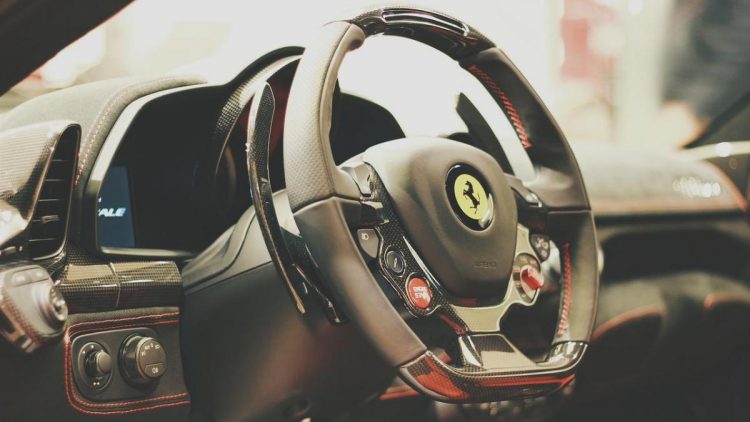 Italian luxury sports car maker Ferrari will unveil a new supercar today. Although the marque hasn’t revealed any details of the new car, it has posted a teaser video on Twitter and said, “Are you ready to meet our newest mid-rear-engined Berlinetta?” The teaser video, which is filled with several fast-moving shots, also doesn’t provide any details.

The teaser video provides a glimpse of a spinning horse-adorned wheel cap and many quick shots of a blue car, gear selector, steering wheel and taillights.

While the video doesn’t provide any information about the new sports car, a previous post suggests that the new model could be a ‘296 GTS’ convertible.

Ferrari’s new 296 convertible is likely to come with a hard-top roof that folds down and has largely similar features and design to the 296 GTB coupe. The interior of the new convertible is also expected to be identical to other Ferrari supercars.

Moreover, even the name ‘296 convertible’ isn’t confirmed yet as the carmaker is touted to use suffixes – like Spider, GTS, and Aperta – to denote its convertible cars.

In terms of performance, Ferrari is likely to tweak the current 3.0-litre twin-turbo V6 engine used in 296 GTB coupe to accommodate for structural strengthening measures and added weight of the folding roof. The new sports car is likely to use a hybrid powertrain with an electric motor paired to a petrol engine.

The powertrain used in Ferrari’s 296 GTB coupe develops an 818 hp and can reach 0 to 100 kmph in under 3 seconds. Similar performance figures are also expected from the company’s upcoming 296 convertible.