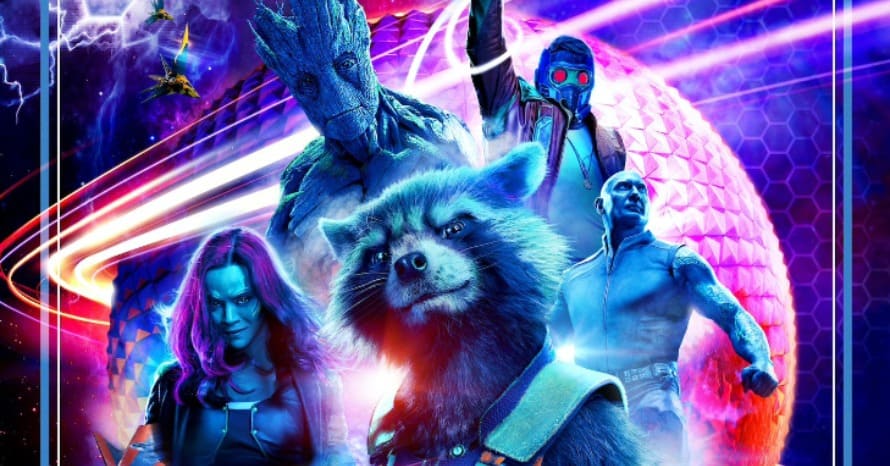 The songs featured for EPCOT’s upcoming Guardians of the Galaxy: Cosmic Rewind attraction have been revealed.

Walt Disney Imagineering and James Gunn have collaborated on what is looking to be an exciting new attraction at EPCOT. The attraction, called Guardians of the Galaxy: Cosmic Rewind looks to further expand the collaborative relationship between Disney Parks and Marvel.

Cosmic Rewind, which replaced the Universe of Energy Pavilion at EPCOT will be a state-of-the-art roller coaster experience that will feature cast members Chris Pratt, Zoe Saldana, Dave Bautista and Glenn Close, reprising their roles from the popular films. Now, in typical Guardians fashion, we know the six songs from Peter Quill’s Zune that will be utilized for this roller coaster!

Here are the songs that will be featured on the Cosmic Rewind attraction at EPCOT:

“September” by Earth, Wind & Fire
“Disco Inferno” by the Trammps
“Conga” by Miami Sound Machine
“Everybody Wants to Rule the World” by Tears for Fears
“I Ran” by A Flock of Seagulls
“One Way or Another” by Blondie

EPCOT’s Cosmic Rewind is the second major attraction from Walt Disney Imagineering based on Marvel Studios’ beloved band of misfits. The first attraction was Mission: BREAKOUT!, which was a retheme of The Twilight Zone Tower of Terror at Disney California Adventure.

Along with this exciting new EPCOT attraction, viewers can expect to see the beloved cosmic misfits of the MCU later this year with their appearance in Thor: Love and Thunder hitting theaters in July, and their highly-anticipated Holiday Special set to premiere exclusively on Disney Plus this Christmastime.

Guardians of the Galaxy: Cosmic Rewind is set to open at EPCOT at the Walt Disney World Resort in Orlando, Florida on May 27, 2022. Be sure to continue following Heroic Hollywood for all the latest news on the beloved MCU franchise, and subscribe to Heroic Hollywood’s YouTube channel for more original video content.