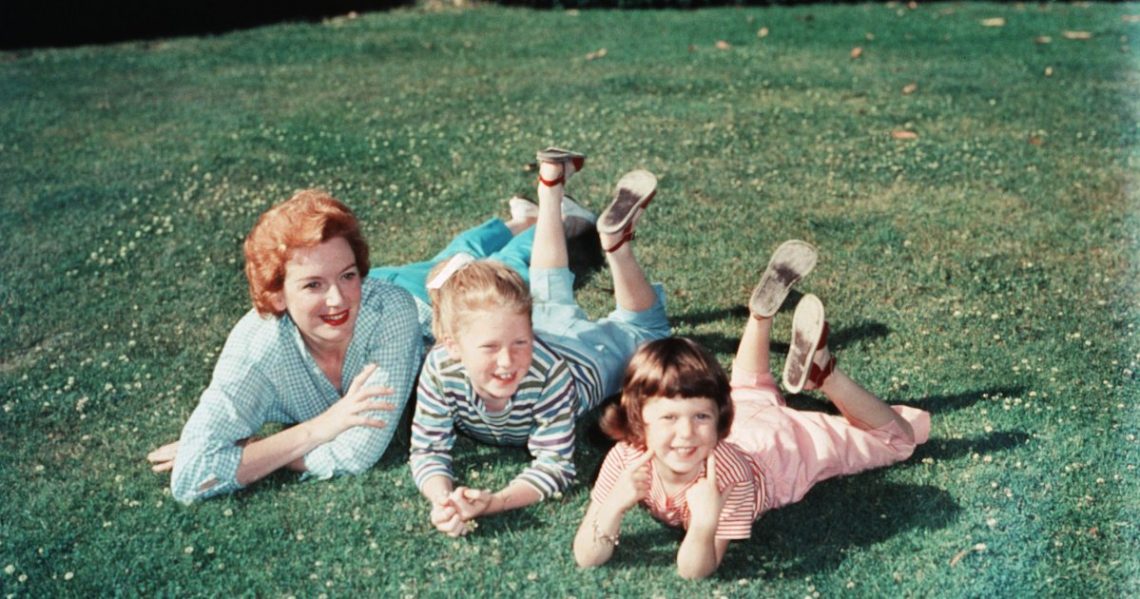 In From Here to Eternity, Deborah Kerr and Burt Lancaster shared a passionate kiss as a wave broke over their bodies.

“Nobody ever kissed me the way you do,” she breathlessly told him. By 1953, movie fans had grown used to seeing Deborah in largely virtuous roles. Playing Karen, an Army wife consumed by an extramarital affair, was a big departure for the actress.

“I knew I could be sexy,” said Deborah, who dyed her hair blonde and learned an American accent. That memorable role was part of a career that spanned 50 years and earned her six Best Actress Oscar nominations. Deborah noted that she played everyone “from nuns to nymphos,” but one of her favorites was the tired Australian sheepshearer’s wife who longs for a real home in The Sundowners.

“She adored the character of Ida Carmody,” her daughter Francesca Shrapnel tells Closer. “It’s such a tender and thoughtful performance.”

As a child, Deborah, who was born in Glasgow, dreamed of becoming a ballerina, but she switched to acting when she grew too tall.

She arrived in Hollywood in the 1940s and had only good experiences at MGM Studios, likening it to “belonging to a rather exclusive club.”

She enjoyed working but never courted fame. “I’m sure Hollywood was a thrilling change from gray postwar London,” says Francesca. “But she was actually quite shy and a private person.”

In 1960, the same year they wed, the couple purchased a home in the Swiss mountains that became their haven. “We spent many magical summers and winters [there],” her grandson Lex Shrapnel, who stars in Infiniti, streaming on Canal+, tells Closer.

The actor, who is currently shooting A Town Called Malice for Sky, always thought his grandmother elegant, but Lex didn’t realize how famous she was until he saw a poster for From Here to Eternity in a college acquaintance’s dorm.

“I had to point out to my friend that it was my gran,” he recalls. But by the 1970s, Deborah had become disenchanted with the graphic sex and violence in movies, so she began working more in theater. Soured on celebrity culture, she vowed she would never write a tell-all book.

“It’s all the same — rags-to-riches or I-slept-with-so-and-so. Damned if I’m going to say that,” Deborah said. “All successful people these days seem to be neurotic. ”

One of the last of the dignified stars of Hollywood’s golden age, Deborah finally received her long-awaited Oscar in 1994, when the Academy honored her body of work.

“Thank you,” Deborah said, clearly moved by the extended standing ovation she received at the ceremony. “There should be more words for thank you, shouldn’t there?”

Before her death at age 86 — just 19 days before the passing of her beloved husband Peter — Deborah watched as a new generation discovered her film An Affair to Remember after Meg Ryan’s character wept over it in Sleepless in Seattle.

“I’m almost hysterical at the thought of making people cry with joy 30-odd years after Cary [Grant] and I did our stuff,” said Deborah, who added that she understood why women love old-fashioned romance. “It makes them realize that the world has lost something delightful.”