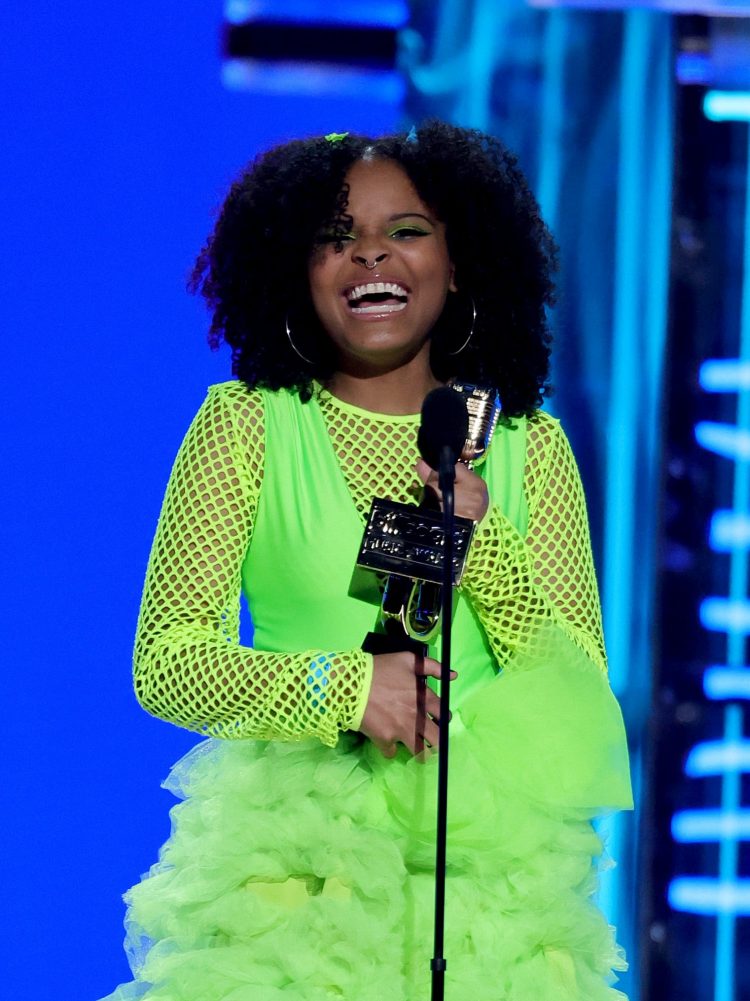 Mari Copeny received the changemaker award at the 2022 Billboard Music Awards on May 15. The environmental-justice advocate is just 14 years old. Copeny, who is also called Little Miss Flint because her efforts began during the lead-pipe crisis in her hometown of Flint, MI, is just the third person to receive this award, the first woman, and the youngest person.

Teyana Taylor introduced Copeny, who accepted her award with laughter and a big smile. She thanked her family and friends and most of all the kids in Flint who she said motivate her to continue to fight.

Copeny also addressed the leaked SCOTUS opinion that would overturn Roe v. Wade. “Some people in charge would rather spend their time to dictate what women can and can’t do with their bodies,” she said. “It’s dangerous and also very weird.”

Copeny continued, “Elected officials and judges are in place to help citizens and fix wrongs. When government priorities are misguided, we must speak out. There is no time to wait.”

“I advocate for the kids across America because people who look like me always get the short end of the stick,” she explained. Copeny called out the celebrities in attendance, saying, “The individuals in this room have the power to reach the world and reach millions. I challenge you to take action and do way more than just applaud this speech.”

Billboard says the award “is given to pop culture figures who speak truth to power through their commitment to individual action and leadership.” The first award was given in 2020 amid the protests following the murder of George Floyd by a Minneapolis police officer.

Copeny first received national attention when, in 2016, at just 8 years old, she wrote a letter to then-President Barack Obama about the water crisis in Flint. The letter was part of what sparked Obama to finally visit the city, and he ultimately approved $100 million in relief for the city.

Copeny wasn’t satisfied with that, however. She continues to agitate for action around Flint’s water crisis. This April, she posted her annual reminder that Flint has been without clean water since April 24, 2014. “Another year without clean water. Over half my life,” she wrote. According to Great Lakes Now, as of 2021, the city had replaced just over 100,000 pipes and the city considers itself in the final stages, but many Flint residents will never trust the municipal water again.

Copeny has widened her efforts to cover not just the water crisis in her hometown but also the consequences of all government negligence, collapsing infrastructure, and environmental racism broadly.

In 2020, Copeny spoke to POPSUGAR about what keeps her going years after she first got involved in activism. She explained, “Knowing that I am not sitting around and waiting for the government to fix it helps to keep me going. Knowing that I decided not to wait until I grew up to face the problem head-on and offering a solution to those living with toxic water right now. I know that I am changing lives all across our country.”

She also emphasized the importance of adults listening to young people, saying, “It’s time to give the youth a seat at the table. It’s time to listen to us, learn from us, and follow our lead. Please stop telling us we don’t know what we are talking about because we are kids. In most cases we are fighting for our lives and our future.”