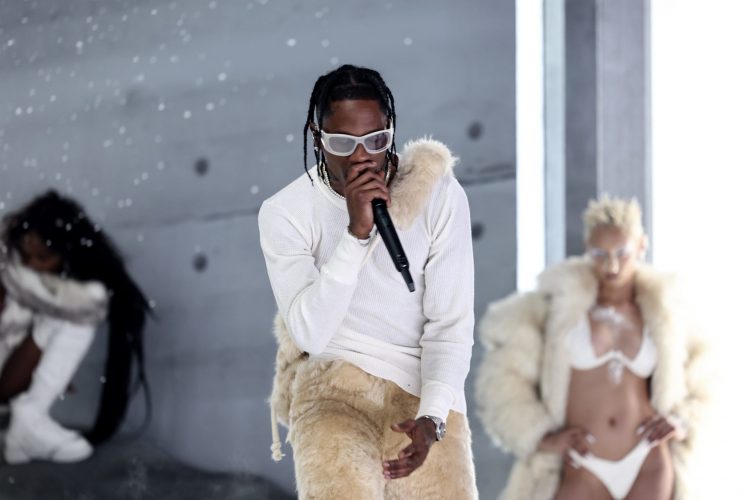 Tonight the 2022 Billboard Music Awards went down in Las Vegas at the MGM Grand Garden Arena. The show was hosted by none other than the original bad boy himself, Diddy. There were performances all throughout the night from artists such as Travis Scott, Silk Sonic, Megan Thee Stallion, Maxwell, Latto, and many others.

Diddy opened up the show with a special performance. He was first joined on stage by Bryson Tiller, and then he went into the classic hit “Mo Money, Mo Problems,” and was accompanied by Teyana Taylor and her adorable daughter Junie.

Silk Sonic then brought down the house with a cover of Con Funk Shun’s classic hit single “Love’s Train.” The duo has been having an amazing award season after releasing their debut album “An Evening with Silk Sonic,” last November. This year they earned nominations for Top R&B Artist, Top Duo/ Group, Top R&B Tour, and Top R&B Album.

Latto also hit the BBMAs stage and performed a special arrangement of her hit song “Big Energy.” The song is featured on her current album “777,” which dropped back in March.

Megan Thee Stallion also held it down for the rap gowrlz and performed her latest singles “Plan B,” and “Sweetest Pie.” The H-Town Hottie had the audience on their feet as she showed off in her custom Mugler bodysuit. Also during the award show, Megan took home the award for Top Rap Female Artist.

One performance that many people looked forward to throughout the night was none other than Travis Scott. His performance of his single “Mafia,” marked his official first televised performance since last year’s Astroworld tragedy.

Maxwell then hit the stage to slow things down a bit as he performed Michael Jackson’s classic record “Lady In My Life,” in celebration of the 40th anniversary of MJ’s iconic album “Thriller.”

Burna Boy turned things up once again as he performed a medley of his songs “Last Last” and “Kilometre” to close out the show.