A Look At Her Past Marriages – Hollywood Life 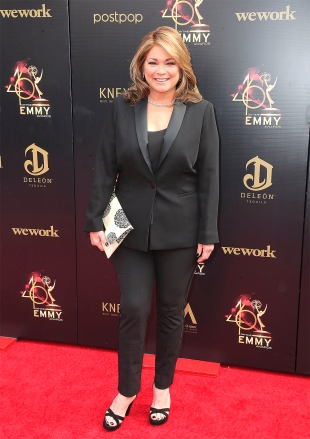 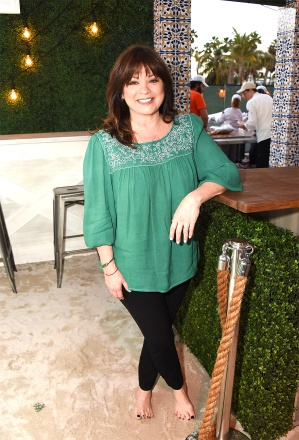 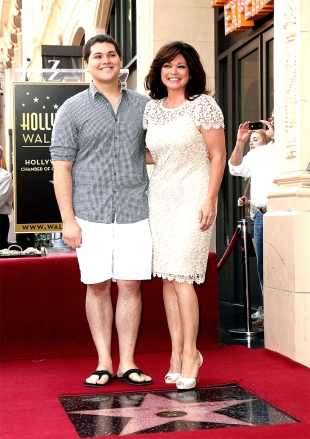 Valerie Bertinelli is an Emmy and Golden Globe Award-winning actress who rose to fame thanks to her role in the hit series One Day at a Time, which was taped for nearly a decade between the 1970s and 1980s. She’s also a single mother of one, but it wasn’t always that way. She welcomed her first and only child, Wolfgang Van Halen, with late Van Halen frontman Eddie Van Halen in 1991. They were married between 1981 and 2007, although it was never a solid relationship. Valerie then went on to marry actor Tom Vitale in 2010, but they separated in 2021. She officially filed for divorce from Tom on May 16, 2022. Now that Valerie is finalizing her second divorce, read on to learn about her past marriages and relationships. 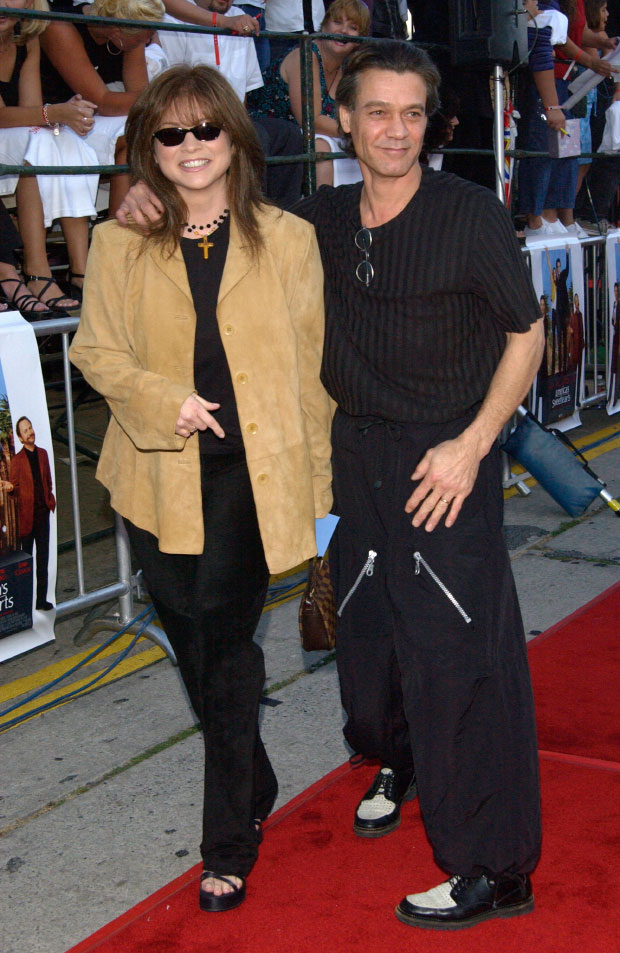 Valerie and Eddie met in 1980 while she was backstage at one of his shows with Van Halen. From there, they were inseparable. While people would not automatically put the two together, the rockstar and girl next door seemed to even each other out in all the right ways. The two tied the knot in April 1981, less than a year after meeting.

While their intense love was envious from the outside, it was not always pretty behind closed doors. Valerie said that drugs were a huge part of their marriage from the start, which she admitted in her 2008 memoir, Losing It: And Gaining My Life Back One Pound at a Time.  “The priest we tapped to perform the ceremony gave us questionnaires so he could get to know us better and offer more personal words. As we filled out the forms at home, we each held a little vial of coke,” she wrote. She also admitted to cheating on Eddie four years into their marriage, although she wasn’t the only dishonest one. In fact, Eddie was involved in a paternity battle while he was courting Valerie, per Page Six. The outlet claimed Eddie maintained that his relationship with the woman happened before his relationship with Valerie.

Despite their rocky marriage, the rock ‘n roll legend and famous actress grew their family of two into a family of three in 1991 when they had a son, Wolfgang. The two lovebirds carried on with their romance for another decade until they called it quits in 2001. “I heard him on the phone talking with [someone who], I assume, was a woman, and he was talking about how he just wanted out of the marriage,” she recalled in Losing It. “He was done.”

The pair officially divorced in 2007, but never stopped loving and supporting each other. Eddie even attended Valerie’s second wedding to Tom in 2010. And following Eddie’s death in 2020, Valerie called him her “soulmate” in her 2022 memoir, Enough Already: Learning to Love the Way I Am Today. She also claimed she comforted Eddie during his final days and told him that maybe they would work out their issues in their next life. “Maybe next time. Maybe next time, we’ll get it right,” she claimed she said. He died with Valerie and their son next to him. 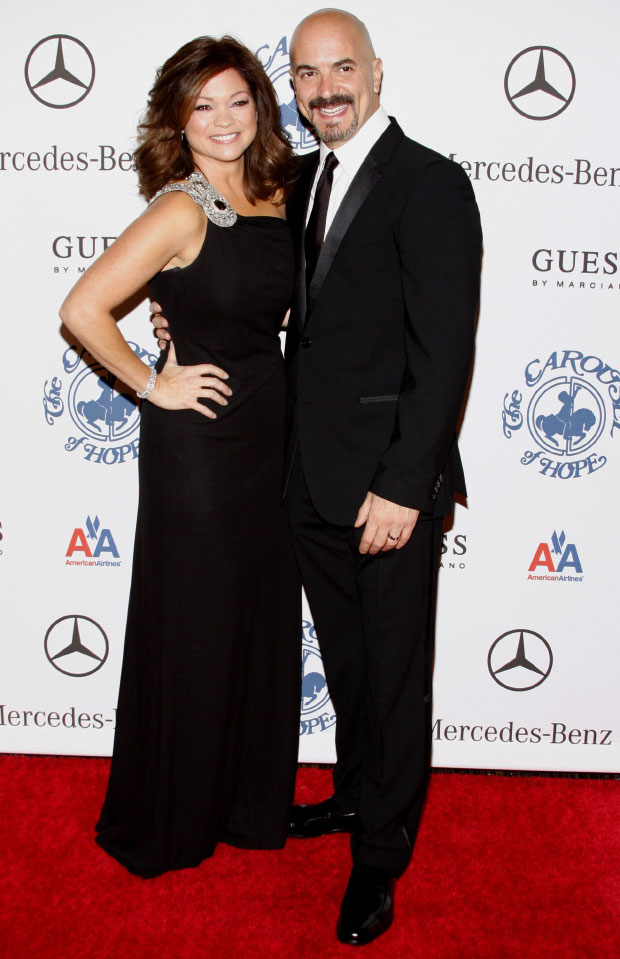 Valerie Bertinelli and Tom Vitale were husband and wife for just over a decade (Photo: Tinseltown/Shutterstock)

Valerie and Tom began dating in 2004 and tied the knot in a surprise wedding at their Malibu home on New Year’s Day in 2011. “I could have spent the rest of my life with Tom and not be married, but I wanted to call him ‘my husband’,” she gushed to People in 2011. “I really wanted to share how I feel about Tom with the people I love.”

Their love did not last, though, and in 2021, Valerie was granted a legal separation from Tom. She officially filed for divorce on May 16, 2022, citing “irreconcilable differences” for the split. They had no children together. 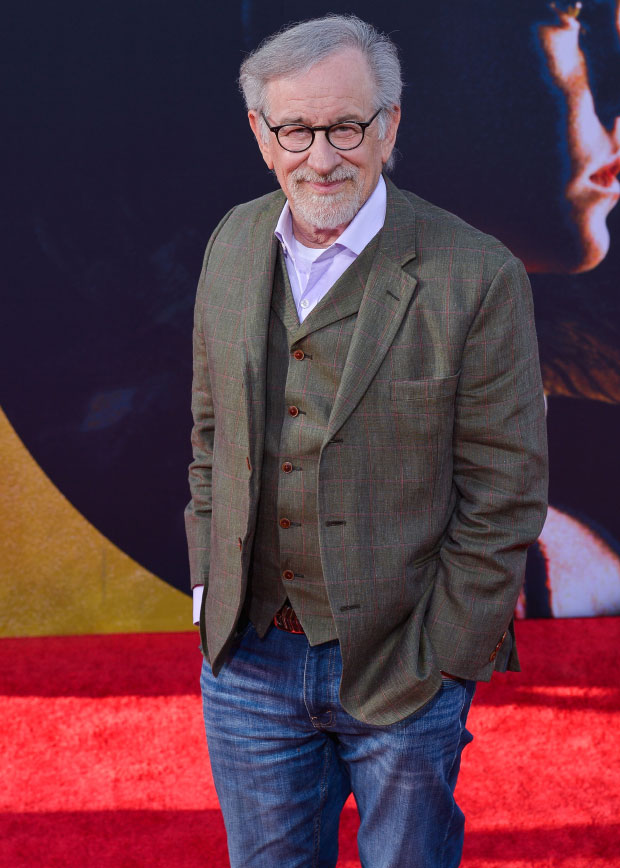 Valerie married Eddie when she was just 21-years-old, so she did not have much time to date beforehand. And if she did, it’s largely unknown who she saw. However, in Losing It, she admitted she briefly had a fling with legendary director Steven Spielberg. “I went up to read for Raiders of the Lost Ark which I was so wrong for,” Bertinelli recalled. “And the next day I got a call and some flowers … [Spielberg] asked me out. We went out a few times … And did more.” She went on to say she knew the relationship would never last because they were very different people who came from far too different backgrounds. Steven has not publicly commented on the claims.