What’s New to Stream on Amazon Prime for May 2022 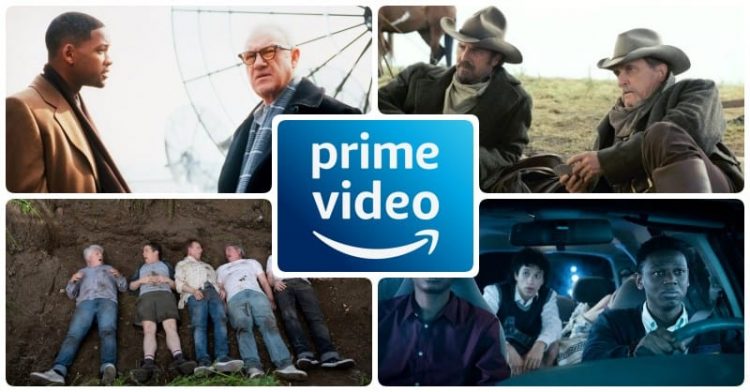 Crossing the Streams is our series of guides looking at all the offerings hitting the big streaming services each month. This time we’re checking out what’s new to streaming on Amazon Prime in May 2022 including a new season of The Kids in the Hall, a Tony Scott double feature, new shows, new movies, and more!

Amazon Prime Pick of the Month for May 2022 The Kids in the Hall ran for five seasons back in the late 80s/early 90s before finding success in syndication, but it wasn’t long before the five members of the troupe — Dave Foley, Bruce McCulloch, Kevin McDonald, Mark McKinney, and Scott Thompson — went their separate ways. There was a movie (under-appreciated), a reunion tour (that I always missed), and a limited series (about murder!), but now they’re back where they belong with a sketch comedy show. Season 1 (of many, we hope) makes it clear that all five remain comedic geniuses with a terrific blend of characters, hilarity, and more than a few dicks. So many dicks! The gang brings back old classics, creates new gems, and will leave you laughing and smiling through the end credits.

New Amazon Originals for May 2022 The seven seasons of Bosch that ran from 2014 to 2021 should be a blueprint for other adaptations of long-running book characters. Each season adapted one or two of Michael Connelly’s best-selling thrillers, and now that it’s over its lead characters are carrying on with Bosch: Legacy. The new show follows Harry Bosch’s (a fantastic Titus Welliver) journey as a private detective after retiring from the Los Angeles Police Department, while his daughter Maddie (Madison Lintz) struggles her way through being a rookie cop. Welliver is a strong enough actor bringing a great character to life meaning we will absolutely follow him on further adventures.

This year’s Sundance Film Festival featured several fantastic movies, and one was snapped up by Amazon for a new Prime Original. Emergency (premieres May 27th) takes a simple premise and turns it into one of the year’s most intense and stressful watches. Three college students on their way to a party find a passed-out classmate in their house. Seems a simple enough problem, but two of the friends are Black and know an unconscious white woman in their home would only be trouble for them — so they try to return her. It’s an incredibly suspenseful tale told with wit, smart filmmaking, and strong performances. There’s also something to be said for crafting a movie that’s as entertaining as it is powerful in its themes and commentary. Open Range (2003), baby! That’s right, Kevin Costner’s last directorial effort will always be a pick in these columns because it remains one of the best westerns ever made. Friendship, heroism, honor, violence, and a love and respect for the great open spaces make this an all-time, and both Costner and Robert Duvall do tremendous work as a pair of ranchers trying to move cattle along a dangerous stretch. It’s a gorgeous film, both in its landscapes and themes, and when the violence hits it does so with intensity and artistry. Costner is apparently moving on a new directorial effort, and happily, it’s also a western. Keep ’em coming! Tony Scott’s sixteen features include more than a few absolute bangers that could go toe to toe with the best of their respective years. Revenge (1990), The Last Boy Scout (1991), True Romance (1993), Crimson Tide (1995), Man on Fire (2004), Unstoppable (2010)… the man was a master. Two of the titles are hitting Prime this month, and you owe it to yourself to settle in for four hours of adrenaline, action, and high-energy genre brilliance. First up is Enemy of the State (1998), an exciting thriller about surveillance and conspiracies starring Will Smith and Gene Hackman (as a character who very well could be continuing on from 1974’s The Conversation). Lots of high-tech gear, big set-pieces, and down to the wire suspense beats make for a compelling ride.

Deja Vu (2006, via freevee) doesn’t get quite the same respect, in part because its plot is a mix of nonsense and janky science fiction beats, but it’s no less entertaining for it. Denzel Washington plays an ATF agent working with the team behind a secret government project to stop a terrorist plot, but other, darker secrets come to light during the investigation. Time itself becomes malleable here, and Scott moves us quickly through the exposition to focus on character and action. Paula Patton and Val Kilmer are along for the ride, and it’s the kind of big, explosive action movie that just sucks you in for two hours of serious thrills. Try it, you’ll like it.

The Librarian: Quest for the Spear
(2004)freevee

The Librarian III: The Curse of the Judas
Chalice (2008)freevee

The Pursuit of Happyness (2006)freevee