Skin Neutrality: What It Is and How to Practice It 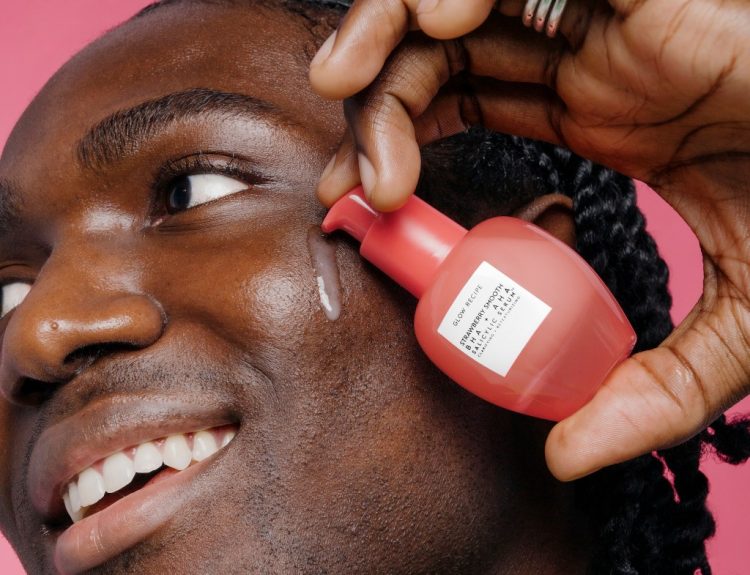 The term “skin positivity” started popping up everywhere in recent years and refers to the idea that we should embrace and celebrate our skin afflictions — be it acne, eczema, or another condition — rather than beat ourselves up over them. While that sounds like a lovely concept on the surface, the problem with skin positivity lies in the fact that it’s extremely difficult for people to sustain, especially those with chronic skin conditions that can take a serious toll on one’s self-confidence and all-around mental health.

That’s why we’re adopting a newer approach known as “skin neutrality.” And while the concept is just taking hold on social media, we’ve been practicing it for a while. In fact, skin acceptance was one of our 2021 Glow Values. It goes even deeper, too: All of our imagery has been retouch-free for more than three years, and our models never wear complexion products in photos (unless we’re specifically showing how our products work with makeup) — so we can showcase and spotlight real, normal skin. With that in mind, here’s everything you need to know. We also talk about skin in a realistic way, and made a pledge to never use words and terms like “poreless,” “flawless,” “ageless,” “anti-wrinkle,” “anti-aging,” and “perfect skin.”

10 All-Natural Exfoliators for Your Skin

What is skin neutrality?

As the term suggests, skin neutrality is the mere notion of maintaining a neutral attitude when it comes to the state of one’s skin. Allow Marisa Garshick, M.D., a board-certified dermatologist based in New York City, to elaborate: “Skin neutrality is taking a healthy approach to skin conditions and accepting that even though certain skin conditions may be normal, such as acne, we are still allowed to be frustrated or upset if we’re dealing with it.”

In other words: If you wake up with an eczema flare-up on your face or a new breakout, you don’t have to pretend to be cool with it. Instead, you can recognize that it’s not fun and normalize that rather than fight it. In fact, that’s what has made acne neutrality a key part of the overarching skin neutrality trend.

“It’s important to normalize skin conditions so that people don’t feel stigmatized when they’re dealing with them,” adds Dr. Garshick. “But it’s still okay for people to feel disappointed; that’s just human.” When it comes down to it, the idea behind skin neutrality is about accepting the fact that our skin will have good days and bad days, and that’s completely normal.

What are the benefits of skin neutrality?

Taking a neutral approach to one’s skin means ditching the slew of harsh products you own in lieu of a gentle routine that focuses on long-term barrier health. As a reminder, your skin barrier is the top protective layer of your skin that keeps irritants like pollution and acne-causing bacteria out

“By being gentle on the skin, it helps to preserve and strengthen the skin barrier,” explains Dr. Garshick. “Because so many skin conditions, including acne, rosacea and eczema, rely on a healthy skin barrier, it’s very important to maintain it.” She adds that if you disrupt your barrier, it can not only prevent skin conditions from getting better, but can actually exacerbate and worsen the skin overall — leaving it feeling tight, stripped, and irritated. A neutrality-inspired, hands-off approach is more likely to help your skin find its balance, versus reacting to a variety of different treatments 24/7.

How to adapt skin neutrality into your skincare routine

As we mentioned, taking a neutral approach to one’s skincare routine involves avoiding any products or techniques that could potentially harm the skin barrier and sticking to gentle-but-effective formulas that won’t strip the skin.

One such example is the Strawberry Smooth BHA + AHA Salicylic Serum. Made with a highly effective blend of acids — including salicylic, mandelic, azelaic, and succinic—as well as soothing agents like hyaluronic acid and allantoin, this one-of-a-kind formula clarifies skin while calming it at the same time. Pair it with the Watermelon Glow Pink Juice Moisturizer, Banana Souffle Moisture Cream, or Plump Plump Hyaluronic Cream depending on your skin type to keep your barrier healthy and strong.

Ultimately, skin neutrality is exactly what it sounds like: taking a neutral approach to one’s skin concerns over an unrealistically positive one — that, and following a gentle routine to improve one’s barrier health. It’s about accepting the fact that skin has its ups and downs, as with most things in life, and if that’s not refreshing, we’re not sure what is.