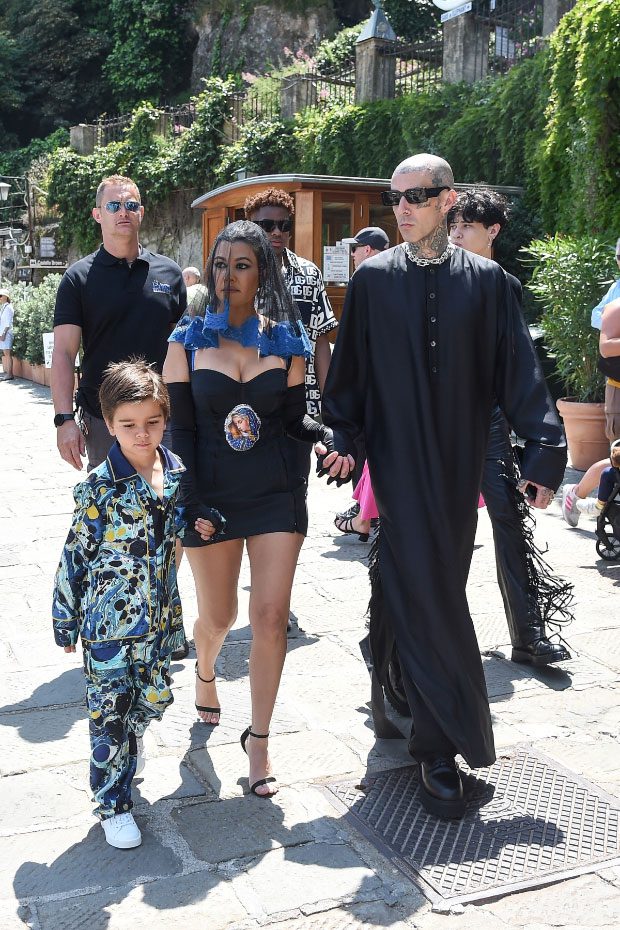 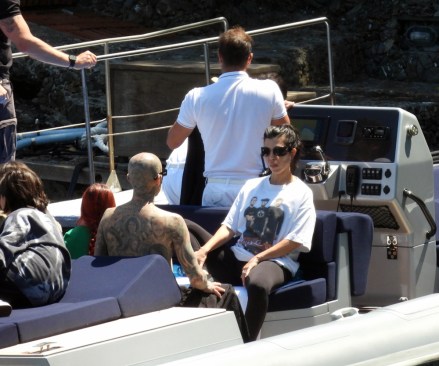 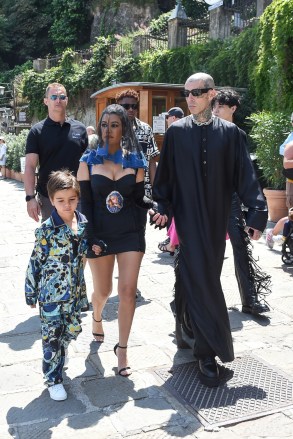 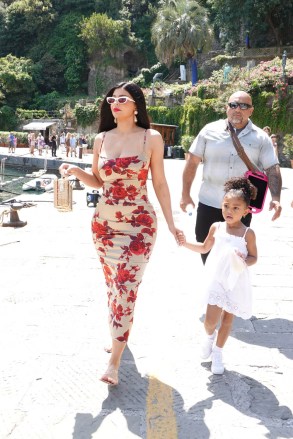 Kourtney Kardashian, 43, brought back a familiar piece of fashion during her latest outing on May 21. The soon-to-be bride (for the third time!) walked outside in Italy, where her wedding is taking place, in a sleeveless black mini dress that had a Virgin Mary emblem on the front along with matching gloves and a black and blue veil. The emblem appeared to be the same one that Kourtney’s sister Kim Kardashian, 41, wore on her own dress way back in 2017. 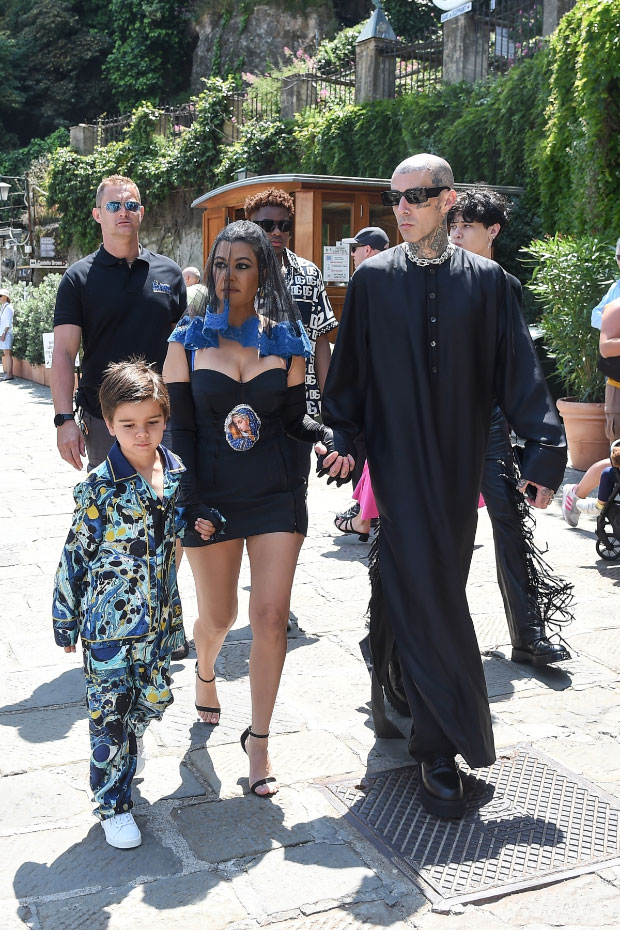 Kourtney Kardashian showing off her Virgin Mary dress while with Travis Barker and her son Reign in Italy. (VERONESI / BACKGRID)

Although the dresses were slightly different, they were both designed by Dolce & Gabbana. Kim wore hers during a visit to the Little Next Door restaurant in Los Angeles, CA and it had stylish sheer material. She paired it with strappy heels as she showed off a shoulder-length hairstyle. It’s unclear if the emblem is the same one on both dresses, but it certainly got attention from onlookers!

In addition for getting attention for the emblem, Kourtney and Kim have had heads turning since arriving in Italy, where the former will exchange vows with Travis Barker in their first guest-filled wedding celebration. Kim wowed in a sexy gray two-piece ensemble and boots shortly after touching down in the gorgeous city of Portofino. She went to a family dinner in the fashion choice and appeared to be surrounded by bodyguards as she flaunted her long blonde locks. 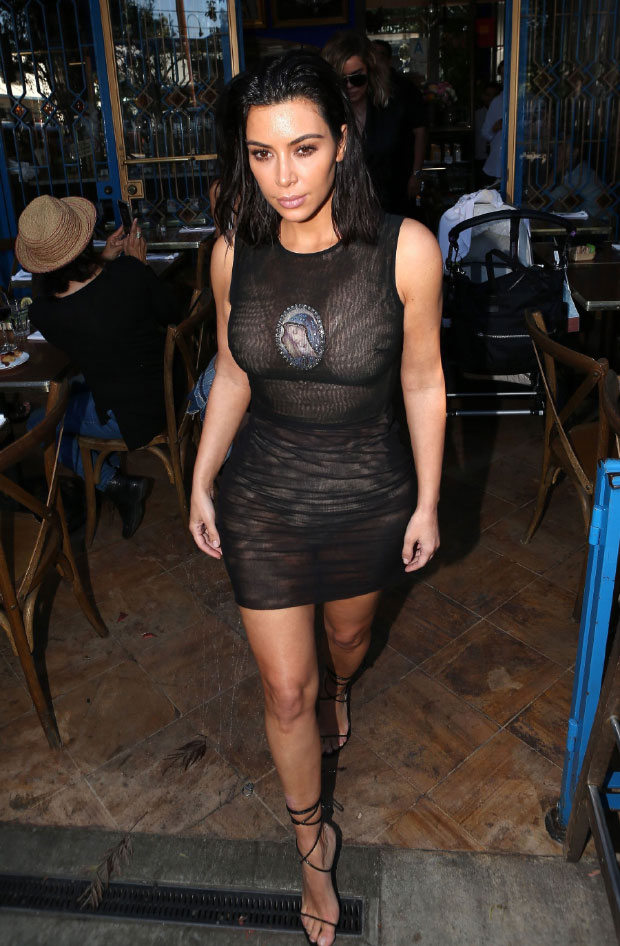 Other KarJenner family members who’ve been spotted in Italy for Kourtney and Travis’ nuptials include mom Kris Jenner, and sisters Khloe Kardashian, Kendall Jenner, and Kylie Jenner. A few of Kourtney and Kim’s kids, including North West and Reign Disick, have also been seen prepping to attend the wedding, but it’s believed Khloe’s daughter True Thompson will not be there since she was in a recent social media video with her dad Tristan Thompson.

Some of the outings with the KarJenners in Italy included a dinner date and a swimming session. Kourtney was photographed jumping off a yacht with her new hubby, whom she legally married in Santa Barbara last week, and Reign as they flashed smiles throughout the fun. Kris was also spotted running some errands in the same area as she donned a star-patterned dress.