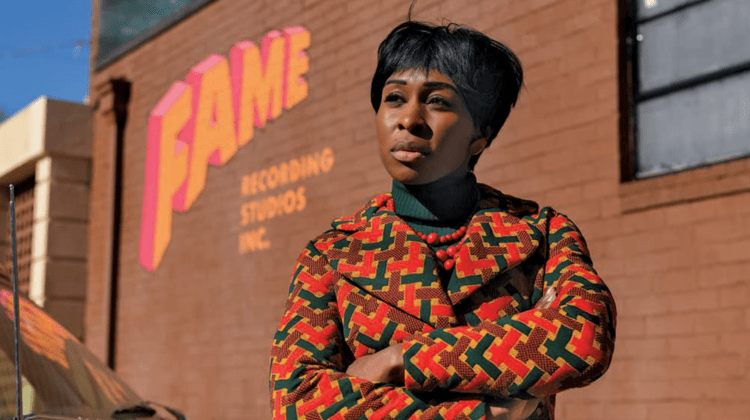 Cynthia Erivo and Alia Shawkat are joining forces for a film about migration, trauma, and unexpected connection. The pair are set to star in “Drift,” an adaptation of Alexander Maksik’s novel “A Marker to Measure Drift.” Erivo is also producing the drama via her Edith’s Daughter shingle. Deadline broke the news.

“‘Drift’ follows a young Liberian refugee named Jacqueline (Erivo) who has barely escaped her war-torn country to a Greek island. She offers massages to tourists in exchange for one or two euros to battle her hunger, while her daily struggle for survival keeps the memories that haunt her at bay,” the source describes. “She meets an unmoored tour guide (Shawkat) and the two become close as they each find hope in the other.”

The project is now filming in Greece. Susanne Farrell (“Dirty God”) penned the screenplay alongside Maksik, while “Call Me By Your Name” collaborators Emilie Georges and Naima Abed serve as producer and exec producer, respectively. Solome Williams of Edith’s Daughter is producing as well.

“’Drift’ is a compelling and deeply affecting story about the strength of the human spirit during the worst of times. It has been an emotional experience developing this film in the past few years, particularly during the challenging days of the pandemic,” said director Anthony Chen (“Ilo Ilo”). “I’m thrilled to mark my English language feature debut working alongside the remarkable talents of Cynthia and Alia.”

“Representing the immigrant experience requires nuance, subtlety, and grace,” Abed stressed. “We couldn’t be prouder to have this incredible team to bring this story to life.”

Erivo, who was last seen in Apple TV+’s feminist anthology series “Roar,” stated, “From the moment I read ‘Drift,’ I was moved by the rare duality of Jacqueline, who both painfully and hopefully represents the depths of the immigrant experience, and specifically the black immigrant experience abroad.” She added, “Sadly this subject becomes more and more relevant and timely with each day. Too often the experience of immigrants is told through headlines, which don’t encapsulate the individual’s humanity. My hope is this project can show their struggle with the empathy and attention it deserves.”

In 2019, Erivo scored two Oscar nominations for Harriet Tubman biopic “Harriet”: one for portraying the famous abolitionist, and another for co-writing and performing the film’s theme song, “Stand Up.” She received an Emmy nomination for playing Aretha Franklin in the most recent season of anthology series “Genius,” won a Tony for her lead performance in Broadway’s “The Color Purple” revival, and snagged a Grammy for “The Color Purple’s” album. Erivo is set to play Elphaba in the long-awaited big-screen adaptation of “Wicked.” “Widows” and “The Outsider” are among her other screen credits.

Shawkat is best known for her work in “Arrested Development” and “Search Party.” She has received three SAG nominations for the former, and the latter, a genre mashup following four terrible millennials, concluded its five-season run earlier this year. Shawkat won Tribeca Film Festival’s Best Actress – U.S. Narrative Competition prize for “Duck Butter,” which she co-wrote. You can see her next in “The Old Man,” an FX series about an ex-CIA officer on the run that premieres June 16.