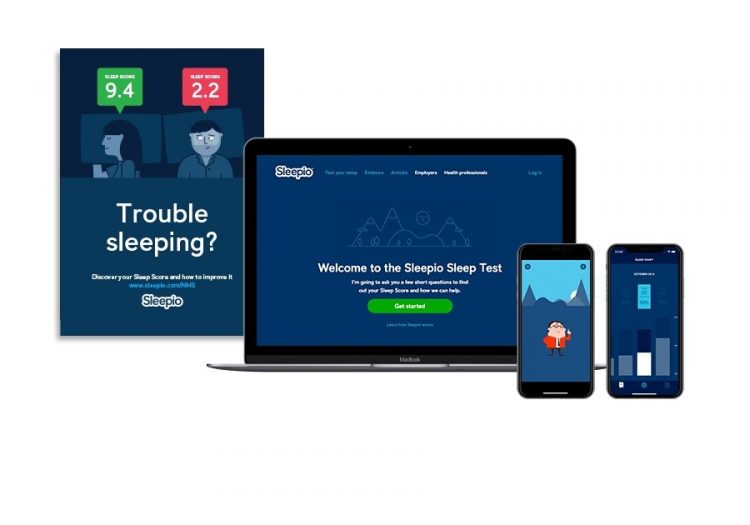 The National Institute for Health and Care Excellence (NICE) has recommended the Sleepio app as an effective alternative to sleeping pills.

In its guidance, NICE states the app, created by digital therapeutics (DTx) firm Big Health, is a safe and effective treatment for people suffering from insomnia.

It adds that the app could save the NHS money and reduce prescriptions of medicines such as zolpidem and zopiclone that can be dependency forming.

Studies show that nearly one-third of adults in the UK experience insomnia symptoms each week. NICE recommends CBT-I as the first-line treatment for insomnia, offered before or alongside medication. However, due to a lack of trained therapists, CBT-I is not routinely available in the NHS for most people living with insomnia.

Since October last year, adults in Scotland have been able to access both the Sleepio app and Big Health’s DtX app for anxiety Daylight.

Meanwhile in Germany, the DTx course HelloBetter Stress and Burnout was recently approved by the Federal Institute for Drugs and Medical Devices (BfArM) for the treatment of stress, exhaustion, insomnia and depression.

Jeanette Kusel, acting director for med tech and digital, NICE, said: “Our rigorous, transparent, and evidence-based analysis has found that Sleepio is cost saving for the NHS compared with usual treatments in primary care. It will also reduce people with insomnia’s reliance on dependence forming drugs such as zolpidem and zopiclone.

“This is a good example of where a digital health technology can help the NHS. The evidence has shown using Sleepio reduces the number of GP appointments people with insomnia need and will also cut the number of prescriptions for sleeping pills delivered by pharmacists.”

Colin Espie, Big Health cofounder and chief scientist professor said: “With the surge in demand for mental health support over the past two years, scalable and clinically proven digital technologies simply must be part of the solution. Positive outcomes through NICE guidance are a significant step towards that goal, helping to reduce the NHS care backlog and provide safe, evidence-based, accessible support for everyone who needs it.”

Dr Nick Broughton, CEO, Oxford Health NHS Foundation Trust and board member of the Oxford Academic Health and Science Network (AHSN), said: “This is a significant moment for the NHS and UK healthcare innovation as a whole. Sleepio has the potential to transform current mental health pathways by expanding access to guideline-recommended care for everyone in England.”