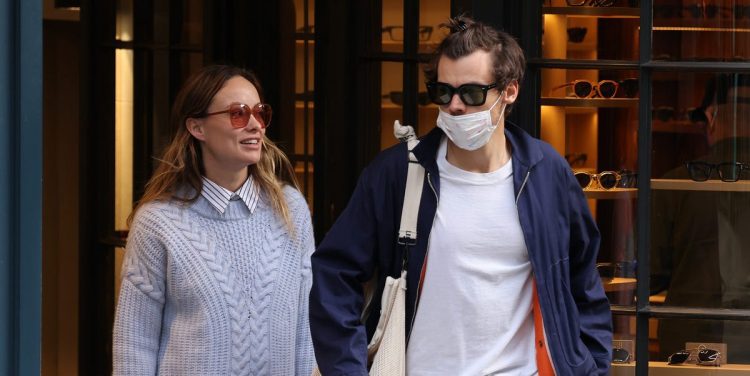 Olivia Wilde is supporting her boyfriend, Harry Styles, just like all of his fans by expressing her excitement for his new studio album on Instagram. On Friday, May 20, Wilde promoted Harry’s House with a clip from his song “Music for a Sushi Restaurant.”

The music was playing over a clip from the 2018 film Cold War, showing a black-and-white scene in which the lead Joanna Kulig, playing a character named Zola, dances around in a bar while drinking a cocktail. Very relatable. Wilde captioned the image with the hands clapping in worship emoji, which pretty much says it all.

This is Styles’ third album, and his single “As It Was” has been a huge hit. Fans have been wondering how much of his new album is inspired by Wilde, who he met on the set of her film Don’t Worry Darling, which is scheduled for release in September of this year. About a month after meeting Styles, Wilde’s relationship with her ex, comedian Jason Sudeikis, came to an end. A few months after that, in January 0f 2021, she began dating Styles.

“Harry and Olivia had chemistry almost instantaneously on set,” an insider told US Weekly. “It was only a matter of time before they got together.”

In “Music for a Sushi Restaurant,” particular lyrics seemed to refer to Wilde and her green eyes.

“Green eyes, fried rice, I could cook an egg on you / Late night, game time, coffee on the stove, yeah,” Styles sings.

Wilde has two children with Sudeikis, an 8-year-old son named Otis and a 5-year-old daughter named Daisy. Since dating Styles, Wilde and the former One Direction star have been pretty quiet about their relationship. Though the actress and director does occasionally post tributes to Styles on social media, they rarely discuss one another in interviews.

But on an appearance on SiriusXM’s “The Howard Stern Show”, Styles discussed how Wilde directed him on set.

“I had a wonderful experience being directed by Olivia,” he said. “Acting is kind of uncomfortable at times. You have to trust a lot. Being able to trust your director is a gift, that was very helpful.”