Gabby Barrett killed it while performing during the season 20 finale of American Idol on May 22. The singer returned to the Idol stage to sing her hit “Pick Me Up”. While pregnant with her second child, Gabby looked beyond gorgeous in an all-black outfit for the performance. She rocked skintight leather leggings, along with a black shirt and heels. Her hair was pulled back into a ponytail with bangs framing her face, along with diamond hoop earrings to accessorize. 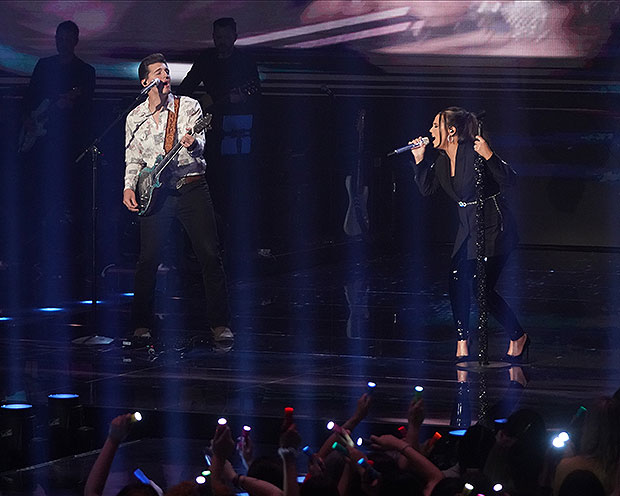 While Gabby performing, her husband, Cade Foehner, was playing guitar and harmonizing. The two met on their season of American Idol in 2018 and Cade has been Gabby’s number one supporter in the years’ since! After her solo performance, she was joined by season 20 contestant, Emyrson Flora, onstage. The ladies sung a stunning rendition of Gabby’s single “The Good Ones” together.

Gabby was a contestant on season 16 of American Idol. She came in third place and went on to become one of the hottest artists in country music. So, it was only fitting for her to return to the show for the season 20 finale. This season, HunterGirl, Noah Thompson and Leah Marlene are singing for America’s votes to win. 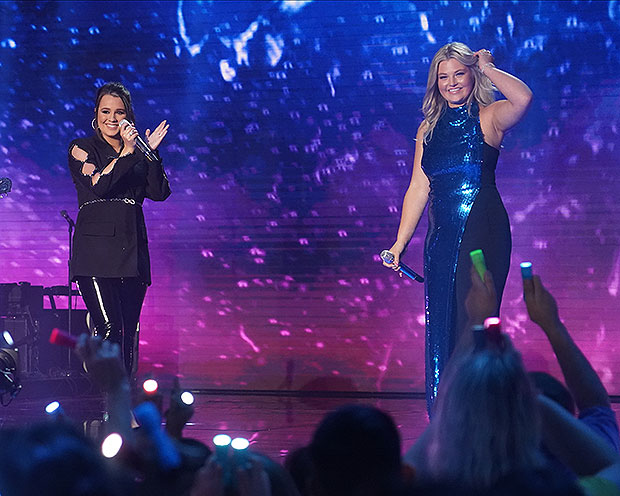 After meeting on Idol Gabby and her now-husband, Cade Foehner, fell in love on the show and went on to get engaged one year later. They tied the knot in October 2019, and welcomed their first child, a daughter, Baylah, in Jan. 2020. Earlier this month, Gabby and Cade revealed that they are expecting a second child, a baby boy, later this year.

“I don’t think she understands that there’s a baby in my belly,” Gabby admitted in a recent interview, about her daughter. “But she’s very sweet about it.” Gabby released her debut album, Goldmine, in June 2020. Her songs “I Hope” and “Good Ones” hit number one on the country music charts. Gabby also won the Academy of Country Music Award for New Female Artist of the Year in 2021.

HunterGirl: 5 Things To Know About The Country Standout In ‘American Idol’s Top 3