A Guide to Post-Dating Friendship 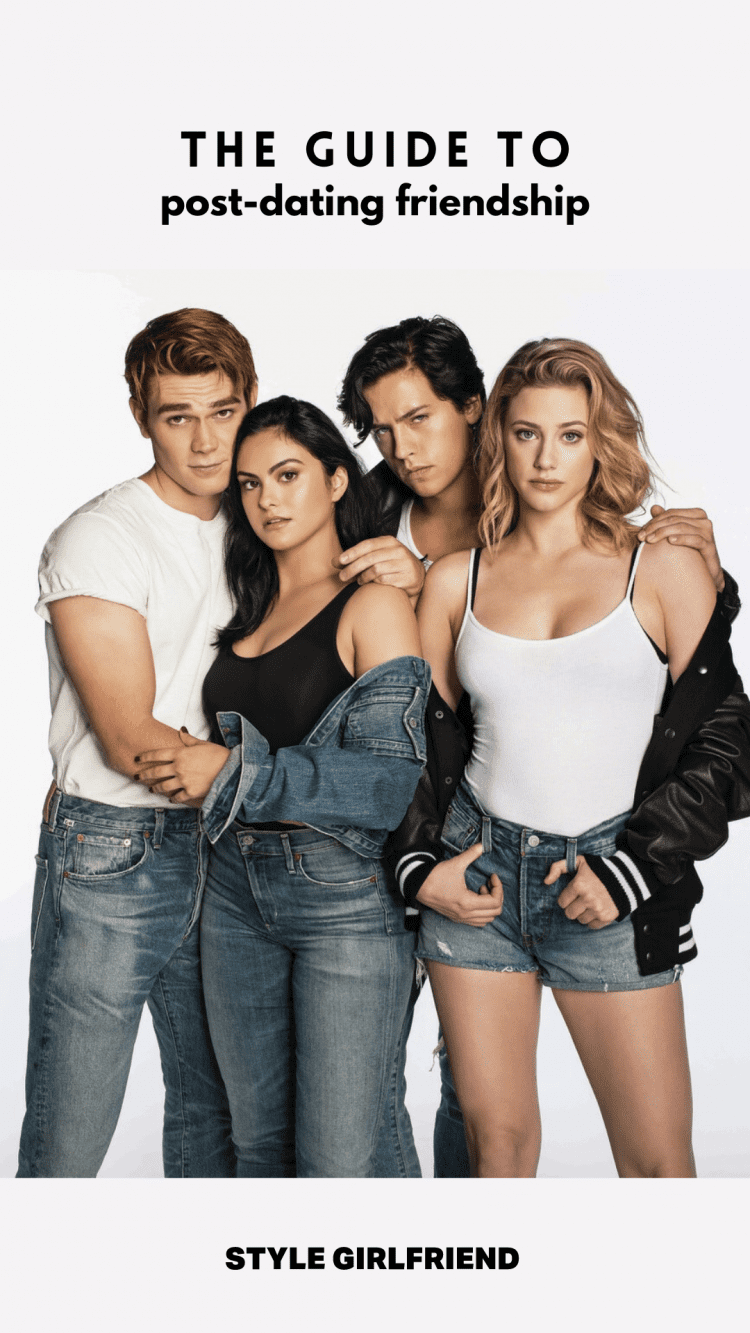 How many times has a romance fizzled but one of you followed up “I don’t think this isn’t working out…” with “…but I’d love to stay friends.” A bunch, right?

Probably often enough that if you actually stayed friends with all those exes, your #squad would field a baseball team.

“Let’s stay friends” has become as much of an empty phrase as “Let’s get together again soon!” has after a (not-so-great) date.

But what happens when you actually want to be friends…is it possible?

I’m not talking about staying friends with someone after a full-blown committed relationship.

That’s a topic for another time.

What I’m asking is: Can you stay friends with someone you tested the dating waters with, but ultimately one of you decided you didn’t want to swim all the way to Relationship Island together and settle in a cabana for two?

Let’s discuss the do’s and don’t’s of post-dating friendship: 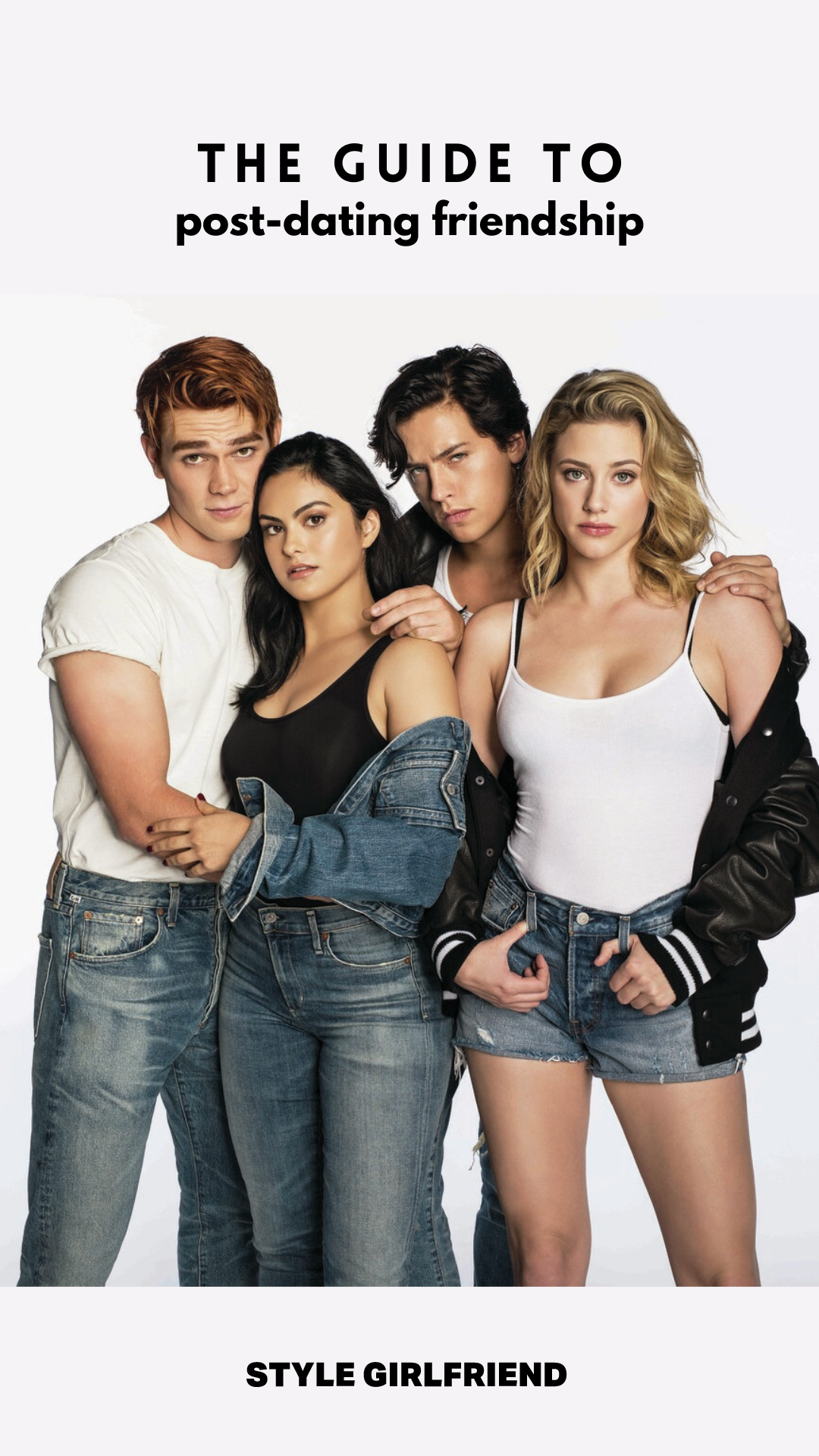 If she ended things…

Be sure you actually want to be her friend… not something more.

Before you jump into friendship, ask yourself if you are doing it because you really just want to keep her in your life, or because you hope she’ll change her mind and want to date you?

If the latter, it’s time to move-on-dot-org.

I went out with a guy last winter for a few dates and while we got along very well, it just, well, wasn’t there for me. Yes, we had great conversation, but I wasn’t feeling the butterflies.

He reminded me of my brother-in-law, who’s a great guy, but well, like a brother to me.

I explained this to him, and he said he understood but he wanted to be my friend after he took some time. So a couple weeks later when he reached out asking if we could get drinks I happily accepted.

It started innocently enough. We’d go out every few weeks or so and drink a few beers and he’d regale me with stories of his dates, good and bad.

RELATED: What to talk about on a date

But when I mentioned one night that I had gone out with someone a handful of times and it was going well, he got angry that I was dating other people.

That became the trend of our “friend” hangs—guilt trips, judgment, anger.

If I wasn’t free on a night he suggested doing something, he’d “joke” that I was blowing him off to go on dates with other guys. If I had to work late and cancel, same thing.

Every time we went out seemed to escalate until our times to “catch up” felt more like an excuse for him to make me feel guilty about not dating him. There was nothing friend-like about our “catch ups.”

I finally brought this up and he conceded that no, he didn’t want to be just friends. We parted ways. Again.

Bottom line? If you’ve still got the feels, you can’t be friends.

If you ended it…

Be sure you actually want to be her friend…not something less.

A lot of guys say “Let’s be friends” because they don’t want to feel like a bad guy, thinking that the promise of friendship is going to be better than being the kind-of-a-jerk-in-the-end guy it didn’t work out with she tells her friends about over mimosas.

But here’s the unfortunate truth, fellas: you can’t always be the good guy to every woman.

So before you toss the ol’ “But let’s be friends” offer on the table, think about why you want to stay friends with her. If it’s “Well, she makes me laugh and is really cool…I just can’t be in a committed relationship but want her in my life because she’s awesome,” say that.

But if you realize, “Saying ‘let’s be friends’ is easier than admitting I just don’t want to be with her,” consider keeping that empty promise of friendship to yourself and leave the lass alone.

Sure, they make you feel good and you like being around them but don’t want the commitment? Ain’t nobody got time for that.

Bottom line? Ask yourself if your request of friendship is fair to the other party. If it’s not, it’s preferable to be the “bad” guy and end your connection for good.

If you weren’t really friends to begin with…

Be sure you actually *can* be friends.

Often, the problem with post-dating friendship after a casual break-up is hard for the same reason it is for long-term couples splitting up: If a spark was there to ignite a relationship in the first place, then you really weren’t friends in the first place.

I, like many, take my friendships very seriously and put a lot of time and effort into being a good friend.

And if you weren’t a friend to me before the romantic part, and the split is one-sided, why should you get that friendship A-game if you didn’t want my dating A-game?

So, you’ve decided to try out being buddies?

Follow these tips for navigating the post-dating friendship waters:

I have a completely non-scientific theory that you need to wait half the number of months as the number of dates that you went on before you can try friendship, so the feels can go away.

So if you went out with a woman say, six times, you should wait three months before you try to touch base again.

It takes time for romantic feelings to fade, and it can be hard to understand why someone wants to be your friend but not date you if that person is still all up in your space immediately following the split.

At least at the beginning, initiate a hang once a month, tops. Suggest meeting up for a show of a band you both like, or to try a new bar in one of your neighborhoods.

Not too much time together. Not to start, anyway.

3. Do be respectful of the other person’s feelings.

If you mutually agree to move back into friendsville, then you need to establish ground rules that will make you both happy as you navigate the post-dating stage.

That will look different for everyone, and as friends you need to find that balance of what makes each party happy.

These rules do not have to be set in stone, and can and should evolve as your friendship does.

Could the guy from my story and I have stayed friends if he hadn’t made me feel pretty terrible about myself for not wanting to date him every time we hung out, for example? Probably!

4. Don’t suggest having cake and eating it too.

If you catch my drift (wink wink). If you were at the part in your dating saga where you were intimate, and you decide to be “just friends,” understand that that most likely means no more sex.

Like I said, friendship rules will look different for everyone, but I would say a good rule of thumb is don’t get naked.

Unless you’re ready to have a conversation about what it means, or are both in agreement about the situation.

And I mean serious agreement. Not an “I secretly hope we’ll start dating if I sleep with them again,” agreement. Because that’s just not nice.

This is the most important one there is. The biggest heartache for women often doesn’t come from men breaking our hearts, but rather friends who ditch us/are flakey.

Women are often so quick to forgive guys who screw us over but if a friend does it? Not so fast. It’s a deeper betrayal.

So if you’re going to be a friend, really be a friend. That means responding to messages from her, and listening if she comes to you with something she’s upset about. It means reaching out on your own, even if it’s just to say “hey how’s it going.”

And it means that if she suggests plans and you are free, you go hang out with your friend. Because that’s what friends do.