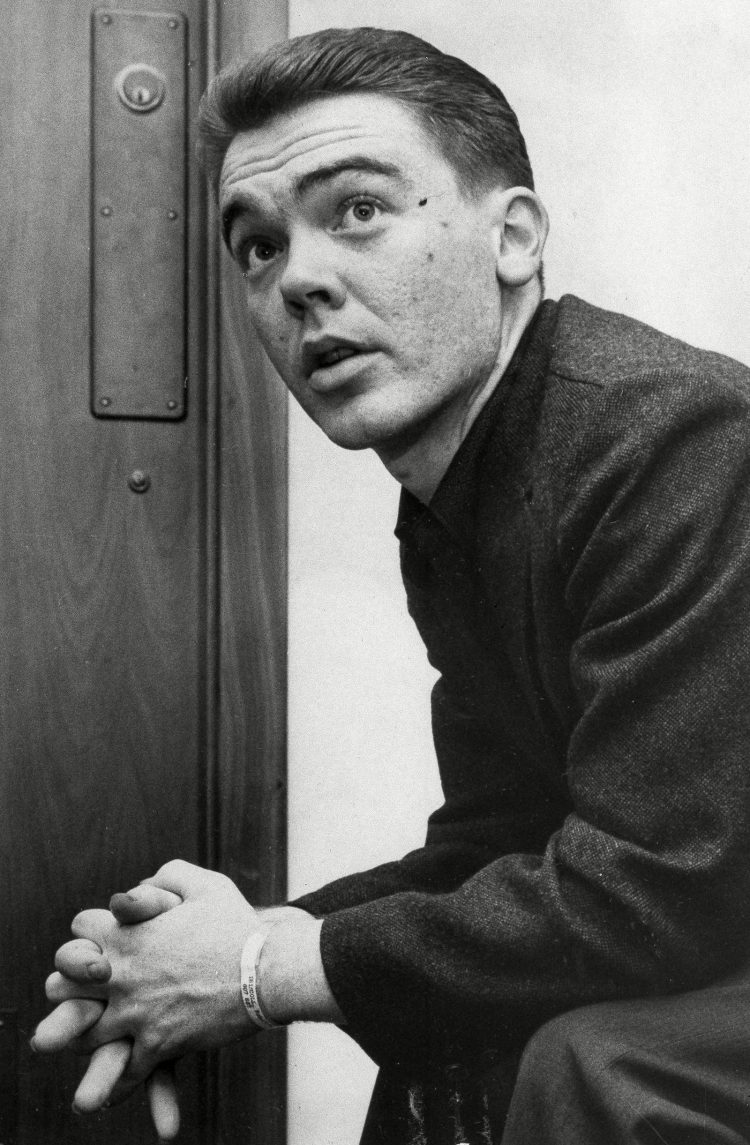 In addition to being fired from his Disney family, Driscoll struggled to fit in at school with kids who bullied him for his career.

“I really feared people,” Driscoll said of his years after the firing. “I tried desperately to be one of the gang. When they rejected me, I fought back, became belligerent and cocky and was afraid all the time.”

Though he still booked small parts on TV shows like Dragnet and Rawhide, he struggled personally—and was arrested several times for drug possession, assault, and burglary. The former actor also turned to heroin to find solace.

In 1961, Driscoll found himself on the front page of the Los Angeles Times under the devastating headline, “Bobby Driscoll, a Film Star at 6, an Addict at 17, Sent to Chino.” After being arrested and “charged with being an addict and accused of trying to pass a worthless check,” the paper reported, “Young Driscoll, now only 24, the winner of an Oscar at 11, was committed to the California Narcotics Rehabilitation Center at Chino, where he must spent at least six months.”

Speaking to a judge, Driscoll conceded how far he had fallen.

“I had everything…was earning more than $50,000 a year…working steadily with good parts,” Driscoll told Judge Allen Miller at a hearing, according to the Los Angeles Times. Describing his turn to heroin, Driscoll said, “Then I started putting all my spare time in my arm. I’m not really sure why I started using narcotics. I was 17 when I first experimented with the stuff. In no time at all I was using whatever was available…mostly heroin, because I had the money to pay for it.”

Driscoll estimated that he spent more than $100,000 of his earnings and confessed that he had damaged his most important relationships. “During all this time I’ve hurt a lot of people… especially my parents, my wife, my children, and myself,” said the former actor. “My parents are fine people. I’ve hurt them terribly.”

Driscoll tried to find work—but reportedly said, “No one will hire me because of my arrests.” He worked as a carpenter until his 1964 parole, after which Driscoll moved to New York City in the hopes of finding more sympathetic casting agents. He lost touch with family, and became an odd intrigue in Andy Warhol’s artist scene at the Factory.

“Warhol was so perverse, that he loved having Bobby Driscoll as part of his scene. That was Warhol’s perversity in full play—you know, dissipated Hollywood,” Eliot told Entertainment Weekly.

But Driscoll never found his way back to acting or the industry.

In 1968, Driscoll’s body was discovered in Greenwich Village by children playing in an abandoned tenement building. The onetime Peter Pan, aged 31, was found on a cot with two empty beer bottles and religious pamphlets. It was determined that he died from heart failure believed to have been caused by complications from his drug use. Because no identification was found on his body, his unclaimed remains were buried in a pauper’s grave on New York City’s Hart Island.

Driscoll’s mother had said she did not learn of her son’s death until almost two years later, after she listed advertisements in newspapers hoping to find him. She had hoped he would return to California to say goodbye to his dying father.

The world, meanwhile, did not learn about Driscoll’s sad ending until 1972, when Disney rereleased Song of the South and reporters asked about the film’s once promising nine-year-old star.

“He didn’t really recover from being abandoned by Hollywood,” Billy Gray recalled in 2019. “It hit him hard.”