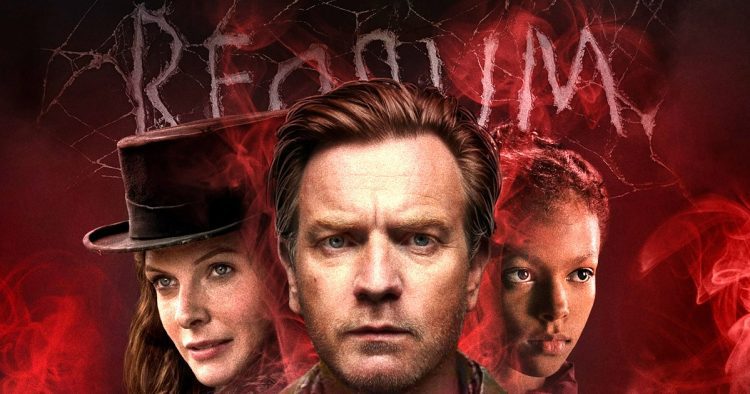 A new episode of our WTF Happened to This Horror Movie? video series has just been released, and in this one we’re covering a movie that was released very recently, especially compared to the average WTF fare. We haven’t even reached the three year anniversary of this movie’s release yet. The film is question is writer/director Mike Flanagan’s Doctor Sleep (watch it HERE), based on a Stephen King novel that serves as a sequel to his classic story The Shining. Flanagan also managed to make his adaptation a follow-up to Stanley Kubrick’s version of The Shining, and you can find out all about it by watching the video embedded above.

Doctor Sleep has the following synopsis:

Struggling with alcoholism, Dan Torrance remains traumatized by the sinister events that occurred at the Overlook Hotel when he was a child. His hope for a peaceful existence soon becomes shattered when he meets Abra, a teen who shares his extrasensory gift of the “shine.” Together, they form an unlikely alliance to battle the True Knot, a cult whose members try to feed off the shine of innocents to become immortal.

This is what the WTF Happened to This Horror Movie series is all about:

Hollywood has had its fair share of historically troubled productions. Whether it was casting changes, actor deaths, fired directors, in-production rewrites, constant delays, budget cuts or studio edits, these films had every intention to be a blockbuster, but were beset with unforeseen disasters. Sometimes huge hits, sometimes box office bombs. Either way, we have to ask: WTF Happened To This Horror Movie?

The Doctor Sleep episode of WTF Happened to This Horror Movie was Written, Edited, and Narrated by Tyler Nichols, Produced by Lance Vlcek and John Fallon, and Executive Produced by Berge Garabedian.

Some of the previous episodes of the show can be seen below. To see more, head over to our JoBlo Horror Originals YouTube channel – and subscribe while you’re there!