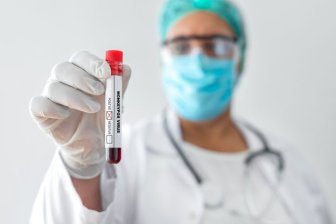 Ellen DeGeneres brought her long-running daytime talk show to an end on Thursday to muted fanfare as the comedian and host continues to grapple with the fallout of allegations that The Ellen DeGeneres Show was a toxic workplace.

When Oprah Winfrey ended her iconic daytime talk show in 2011, over 16.4 million people tuned in and the New York Times hailed it as the biggest moment in TV history. When DeGeneres tearfully said goodbye to the show that she hosted for nearly two decades, there was no such grand display.

The final episode of The Ellen DeGeneres Show featured guests Jennifer Aniston, Billie Eilish and Pink who all shared fond memories of the host. There were also segments that celebrated DeGeneres’ achievements as an openly gay woman in media and her philanthropic efforts.

DeGeneres started the final episode with a monologue explaining the hurdles she faced in the early days of her talk show.

“Twenty years ago, when we were trying to sell the show, no one thought that this would work. Not because it was a different kind of show, but because I was different,” DeGeneres said. The Ellen DeGeneres Show has gone on to win numerous Emmy awards throughout its 3,200-plus episode run.

When the show was first aired, DeGeneres was barred from saying the word “gay” and even the pronoun “we,” since it implied that DeGeneres had a partner. She didn’t specify who imposed the ban.

“Sure couldn’t say ‘wife,’ and that’s because it wasn’t legal for gay people to get married — and now I say ‘wife’ all the time,” DeGeneres said to thunderous applause. Her wife, actor Portia de Rossi, attended the taping of the final episode and watched from the studio audience. The two were married in 2008.

“I love you, and I so appreciate you and what you have given to the world over the last 19 years. The contribution is endless,” Aniston said. She introduced a career retrospective video that also touted DeGeneres’ philanthropic efforts, said to include more than $400 million in donations to charities and “deserving viewers.”

The rise and fall of Chinatown: The hidden history of displacement you were never told

“I love you,” a beaming Eilish told DeGeneres during their chat. “I love you so much, it’s dumb,” Pink echoed, who performed What About Us.

DeGeneres’ was the queen of daytime television for many years, but fell out of public favour in 2020 at the beginning of the COVID-19 pandemic. When filming for The Ellen DeGeneres Show had to be altered because of social distancing regulations, many crew members were told to expect a 60 per cent pay cut — a move they found to contradict “DeGeneres’ daily message to her audiences: ‘Be kind.’”

Former and current employees began speaking out about intimidation, racism, and fear they experienced from producers while working on the show and claimed that the workplace was a toxic environment.

DeGeneres apologized on air for “things that shouldn’t have happened,” but defended herself as being the same genuine person — if an imperfect one — on- and off-camera.

In a recent interview with The Hollywood Reporter, DeGeneres said, “There was a time a couple of months out where I was crying every day,” as the show was drawing to a close. DeGeneres decided to end the show last year in the midst of plummeting ratings.

“I knew it was time to end this chapter and to do something different, but still it was really emotional.”

The talk show represented a second major TV act for DeGeneres. In 1997, she made an indelible mark when she came out as a lesbian and brought her character on the ABC sitcom Ellen with her. The series was axed the next year.

“Twenty-five years ago, they cancelled my sitcom because they didn’t want a lesbian to be in prime-time once a week. And I said, ‘OK, then I’ll be on daytime every day, how about that?’” DeGeneres said Thursday.

The comedian, actor and producer has said she’ll take time to consider her next career move, but first she and de Rossi are making a trip to Rwanda. DeGeneres wrapped her daytime show with a plea to her audience, one she said was worth repeating.

“If I’ve done anything in the past 19 years, I hope I’ve inspired you to be yourself, your true authentic self. And if someone is brave enough to tell you who they are, be brave enough to support them, even if you don’t understand,” DeGeneres said. “By opening your heart and your mind you’re going to be that much more compassionate, and compassion is what makes the world a better place.”

DeGeneres ended the show by walking over to a couch with a TV set in front of it, harkening back to how she opened her first episode. She tearfully looked back at her audience before settling into the couch and turning the TV off.