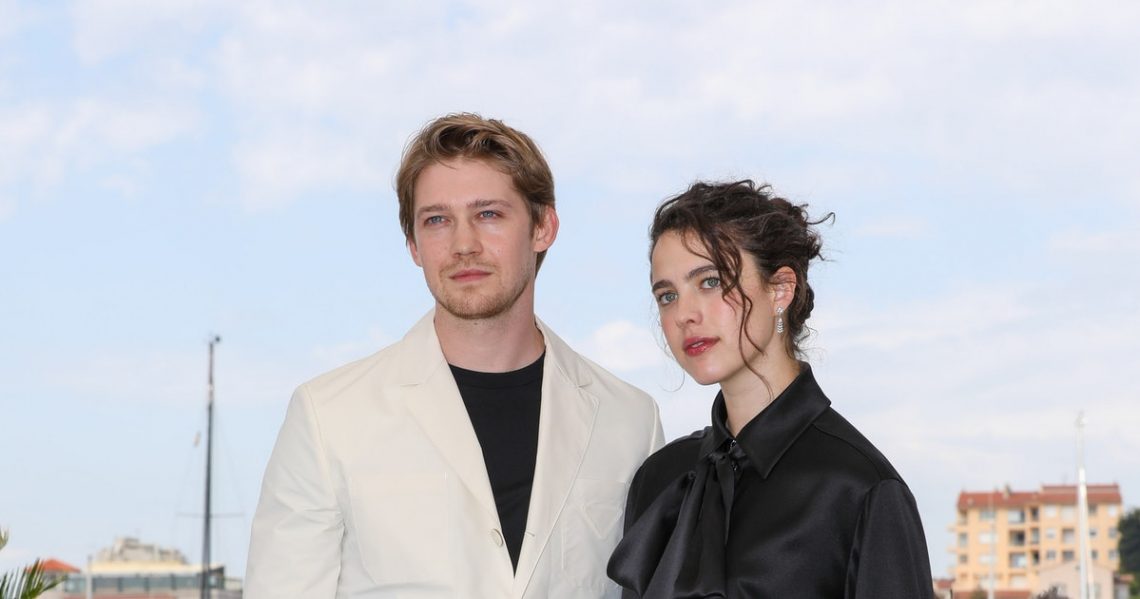 Audiences at the Cannes Film Festival are known for ending films with (sometimes unfair and rowdy) boos or overlong standing ovations. What is more unusual is for credits to come up on a film to no reaction at all. It was a confused and dead silence that greeted the end of the newest Claire Denis film, Stars at Noon, starring Margaret Qualley and Joe Alwyn. What went wrong? And why was Denis, one of France’s best and most esteemed living filmmakers, in the competition category at Cannes for only the second time (the first time in 34 years) for her worst movie?

Alwyn is soft, blond, and credible as a sexy Brit with whom Qualley’s American journalist and part-time sex worker falls into a passionate and adventurous affair in Nicaragua. Qualley is one of the best young actresses currently working, though was slightly miscast in a role that requires less comedic timing and more seductive wiliness. Benny Safdie, appearing as a CIA agent (not quite a spoiler since he is credited as such on IMDB), almost saves the film with an insinuating and creepy performance that evokes another director-actor, Peter Bogdanovich, from a similar role in 1979’s Saint Jack. The problem is the screenplay, based on a 1986 novel by Denis Johnson, which sets the film in a very recent Covid-era yet with politics of the region from almost 40 years ago. It makes no sense. The language, too, is nonsensical, seemingly translated from English to French to Martian and back to English, leaving in lines such as the one that a white character says to another white character, “Your skin is so white, it’s like fucking a cloud.”

Worst of all is when the confused politics, colonial perspective, and bad writing combine—as in the scene when Qualley’s character throws a tantrum wishing for “American tanks to come and crush your country!” after a minor annoyance. The only scene that feels updated for the current moment is a brief Zoom cameo by John C. Reilly as Qualley’s editor. He makes clear that she does not work for him (as she might have, with a generous expense account, in the 1980s). She’s written some pieces for him so she is essentially a temp worker, he says before telling her to fuck off—one of the only moments that feels accurate in a film set just a year or two ago.

As for why this film from Denis was included in competition, the highest honor at Cannes, and not her previous films Fire, High Life, Let the Sunshine In, Bastards, 35 Shots of Rum, The Intruder, Friday Night, Trouble Every Day, Beau Travail, Nénette et Boni, or I Can’t Sleep?, I blame the programmers at the festival who sometimes overvalue American movie stars, often have a preference for white savior narratives with colonial undertones, and who consistently ignore some of the most original filmmaking in France (which often shows up at the festival sidebar Quinzaine des Réalisateurs [Directors’ Fortnight] just a few hundred meters down the Croisette, the main street in Cannes).

One strong film in the Fortnight section this year was God’s Creatures, directed by Anna Rose Holmer and Saela Davis. This is Holmer’s and Davis’s latest film since The Fits (on which Davis was credited as editor, not co-director). The Fits focuses on dance and their latest project is similarly centered on movement, this time on the waves that crash along the coast of a small Irish fishing village. The waves are chaotic, dramatic, and seem to guide both the stillness and movement of the editing. It’s a film in which words matter less than framing and rhythm, and every shot feels just right. (In fact, only one long monologue feels out of place—too many words in a film that doesn’t need to rely on them.)

The simple, affecting story centers on Aileen O’Hara (Emily Watson), a manager of a local fish processing plant. Her prodigal son Brian (Paul Mescal) returns from a few mysterious years away in Australia to restart the languishing family oyster farm. When he is accused of a crime, not only his mother but the entire town gangs up to protect him in a way that feels accurate and horrific. The story is a melodrama, and contained echoes of another Emily Watson melodrama on the sea, Lars Von Trier’s Breaking the Waves, which was in competition at Cannes 26 years ago. Watson’s performance here is equal to that career-making performance back then, but the direction is more generous, less sadistic. Here, the story is not punishing, but clear-sighted, accurately showing that some crimes are not about victims and perpetrators, but communities. And I cried, as you should during a melodrama. But rather than crying during the film, for any individual, I let the cumulative emotions build up and the tears came five minutes after I left the theater, as I walked down the Croisette to another film.