May the Force—and the free—be with you. If you’re a fan of the Star Wars universe, you may want to know how to watch Obi-Wan Kenobi online for free to see Ewan McGregor return as the Jedi Master himself. Luckily, we have some tips up ahead.

Obi-Wan Kenobi—the latest series in the Star Wars franchise on Disney Plus—follows the events of 2005’s Revenge of the Sith, which saw the Jedi Order destroyed and Kenobi’s former apprentice, Anakin Skywalker, turning to the dark side as the Sith Lord Darth Vader. Obi-Wan Kenobi picks up 10 years later, as the Jedi Master lives in exile on the desert planet of Tatooine. When the series kicks off, Kenobi has spent the better part of the last decade watching over Vader’s son, Luke Skywalker, before he’s called to embark on a new adventure. Of course, the Jedi Master isn’t safe—Darth Vader has set up a group of Jedi hunters called the Sith Inquisitors, who use the dark side of the Force to target any surviving Jedi in the galaxy.

Ewan McGregor, who played Kenobi for the first time in 1999’s The Phantom Menace, reprises his role as the Jedi Master in the Disney+ limited series, alongside Hayden Christensen’s Darth Vader. In an interview with Complex, McGregor, who also serves as an executive producer on the series, opened up about how his Obi-Wan will be “different” this time around. “I think it’s a different Obi-Wan than we’ve seen before from Alec Guinness’ creation of the character in the seventies and the prequels,” he said. “This is a very different time, and I think it’s quite a dark period of time. After episode three [Revenge of the Sith], the Jedi are all but destroyed, and those who haven’t been killed are in hiding in the far corners of the galaxy. It’s a pretty bleak time, and I think it’ll be interesting for people to see.”

The Scottish actor went on to describe how his Obi-Wan has changed since the last time we’ve seen him on our screens. “There’s something hopeful about him, but at the beginning of this story, that’s pretty far down. That’s pretty buried in him. So I think people will be interested to maybe see a different side to him,” he reiterated.

Of course, you’ll have to stream to see this version of Kenobi for yourselves. So, where can one stream Obi-Wan Kenobi at no cost? Read on for how to watch Obi-Wan Kenobi online for free to see the latest TV series in the Star Wars universe.

When does Obi-Wan Kenobi come out?

So how can one watch Obi-Wan Kenobi online for free? Read on for our tips and tricks to stream Obi-Wan Kenobi at no cost to see Ewan McGregor reprise his role as the Jedi Master.

Verizon customers with Get More Unlimited and Play More Unlimited plans are also eligible for their Disney Bundle, which offers not only a free Disney Plus subscription for as long as you have your Verizon plan, but also free Hulu and ESPN+ subscriptions too, which saves viewers about $12.99 per month. Click here for Verizon’s FAQ on how to sign up for its Disney Bundle. So there you have it—a way to watch Disney Plus for free. 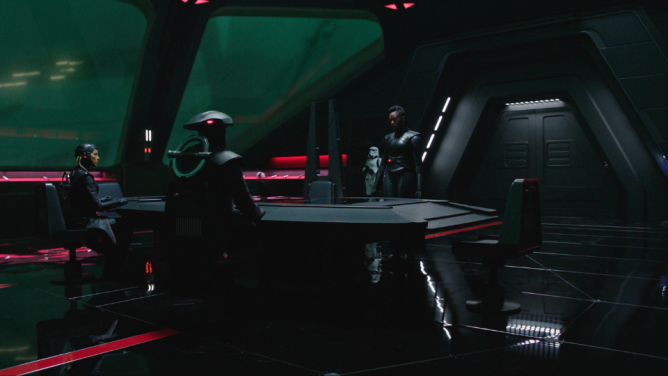 How many episodes is Obi-Wan Kenobi?

Who’s in the Obi-Wan Kenobi cast?

The Obi-Wan Kenobi cast includes Ewan McGregor as Obi-Wan Kenobi, a Jedi Master who survived Order 66 and now lives in exile under the name of “Ben” on the desert planet Tatooine. Hayden Christensen also reprises his role as Darth Vader, a.k.a. Anakin Skywalker, Obi-Wan’s former Jedi Padawan and father to Luke Skywalker. See the full Obi-Wan Kenobi cast below.

Obi-Wan Kenobi is available to stream on Disney Plus. Here’s how else to watch it for free.

Our mission at STYLECASTER is to bring style to the people, and we only feature products we think you’ll love as much as we do. Please note that if you purchase something by clicking on a link within this story, we may receive a small commission of the sale.