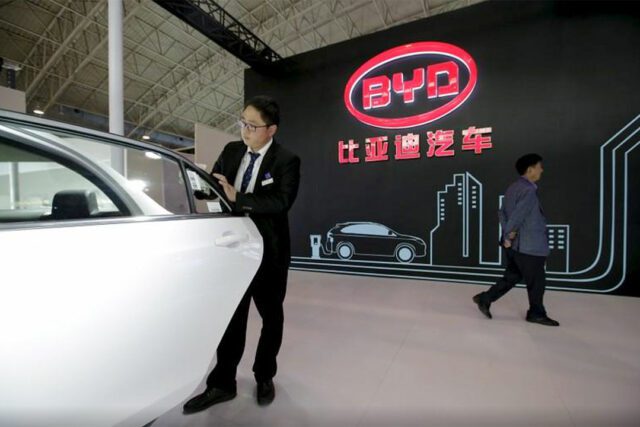 THE PHILIPPINES will be an important market for China’s electric vehicle (e-vehicle) industry via exports of complete units, with no prospect for domestic manufacturing, though greater involvement in the Philippine minerals industry is likely, analysts said.

Terry L. Ridon, a public investments analyst, described as unlikely Chinese assistance in developing a domestic e-vehicle industry, “as this is currently an emerging and lucrative sector in China.”

“Instead, we should expect that the Philippines will be one of the major markets for Chinese-made EVs in the coming years,” he said via chat. “But nothing more: no transfer of technology, no new manufacturing facilities in the country.”

President Rodrigo R. Duterte last month signed a law that seeks to accelerate the shift to e-vehicles by imposing a 5% EV fleet quota for organizations that operate vehicles, within a timeline that will be set by regulators.

“That e-vehicles should account for 5% of fleets. China can supply these vehicles without necessarily helping Manila develop its own e-vehicle sector,” Mr. Ridon said.

China exported nearly 500,000 electric cars in 2021 — more than any other country, “thanks to increasing sales in Europe and Southeast Asia by emerging cost-competitive automakers,” according to a report by Nikkei Asia.

“China will take advantage of the Philippines’ shift to e-vehicles to establish their market niche (as in) most developing countries,” according to John Paolo R. Rivera, an economist at the Asian Institute of Management.

He said in a Viber message that Beijing is likely to seek enhanced economic ties “with their source of raw materials and target market,” referring to the Philippines’ role as a supplier of strategic minerals.

China’s mineral refiners typically import ore to make metals needed in e-vehicle batteries. The Philippines has the fourth-largest reserves of cobalt and is a major producer of copper and nickel.

Most of the cobalt refined by China comes from the Democratic Republic of the Congo, whose mining sector is dominated by Chinese companies and has been plagued by environmental issues.

With the lifting of a four-year-old ban on open-pit mining and the disruption of supply chains across the world, China is expected to firm up its supply arrangements for key mineral resources essential to e-vehicles.

China is expected to increase its dependence on Philippine nickel, according to the Board of Investments.

The Philippines will fill the void left by Indonesia, which banned exports of nickel and other minerals in 2020 to develop its domestic processing industry, it said.

George N. Manzano, an economist at the University of Asia and the Pacific, said building up a domestic EV industry is “quite challenging as access to technology is critical.”

“Even if minerals are abundant, if access to technology is limited, the local e-vehicle industry may not develop smoothly,” he said in a Viber message.

Mr. Manzano, meanwhile, said the Philippines should ensure that it is part of the global EV supply chain.

Michael L. Ricafort, chief economist at Rizal Commercial Banking Corp., said the government should ensure that the shift to e-vehicles will create opportunities for Philippine suppliers.

“There would be a need to introduce investment incentives for local EV production,” he said in a Viber message.

Mr. Ricafort said the ongoing conflict between Ukraine and Russia, a major exporter of nickel and other minerals, would lead to “diversification of supply chains,” which should allow the Philippines to position itself as a major supplier of minerals essential for the EV industry.

“The increase in global and local demand for e-vehicles and self-driving vehicles would boost demand for minerals such as nickel, copper, among others,” he said. “That should benefit the mining industry amid some easing of restrictions recently.”

The Philippines aims to rationalize its fiscal regime for the extractive industry to ensure that the government gets a fair share of revenue generated from mining activities.

Mr. Ridon, who believes China sees opportunity in the Philippines’ shift to e-vehicles, said the government should look thoroughly “at the impact of e-vehicles not only on emissions but on the environment in general.”

“There have been clear instances in which e-vehicle components are extracted through questionable means,” he said. “This includes the use of child labor, and extractive activities in conflict areas.”