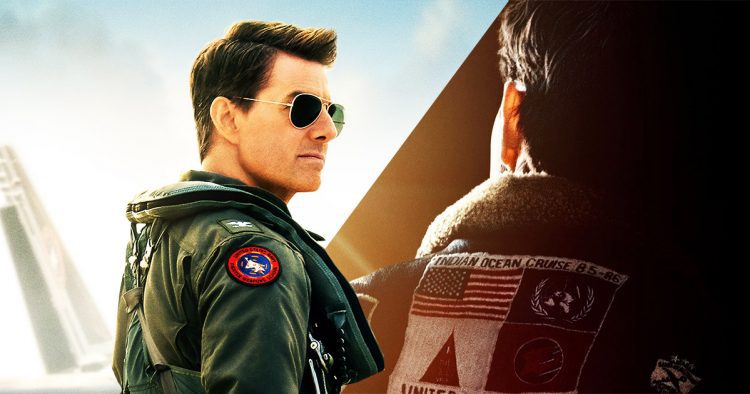 Top Gun: Maverick took flight at the box office this weekend and it’s blowing through tracking and my relatively modest box office predictions. We knew that the opening would be huge and a career-best for Tom Cruise but early estimates have Top Gun: Maverick soaring to unbelievable heights.

Top Gun: Maverick grossed an estimated $124 million over the three-day portion of the Memorial Day weekend. It’s looking like the four-day total may jump to $151 million but we will update you on those exact figures when they’re revealed tomorrow. This will be the best Memorial Day weekend total we have seen in a very long time and it’s possible there is enough need for speed here to top the previous record-holder, 2007’s Pirates of the Caribbean: At World’s End ($153 million over four days). This is very possible as sometimes the actual numbers do expand over early estimates on occasion.

Worldwide, Top Gun: Maverick opened to $248 million which is the best opening Tom Cruise has seen on the global front. Per Deadline, 11.1 million moviegoers will have seen the sequel to date through the end-of-day Monday which blows by the 2 million opening weekend audience of the 1986 film. So how did Top Gun: Maverick overperform? Well, the film did skew older at 55% over the age of 35 and heaving male at 58%. What’s encouraging is that the audience was also 42% female, which means they came out in a big way, and while the film did skew older, the demo breakdown for the young audience is also impressive. The under 35 crowd repped 45% of the audience and the 18-34 crowd came in at 37%. This means that the movie is playing to a very wide audience and not just older fans feeling nostalgic about the return of Maverick. Rich Gelfond, CEO of IMAX, summed up the overwhelming widespread success of Top Gun: Maverick perfectly:

“If you thought movies were dead, go see Top Gun: Maverick and then let me know what you think. This film heralds the return of the summer blockbuster, and is a catalyst that will accelerate demand for moviegoing like an F-18 breaking the sound barrier. There’s no way you sit in a theatre, with a huge screen and chest-pounding speakers, and come away thinking there’s any other way you want to experience Top Gun: Maverick, and our hats are off to Tom Cruise, Joe Kosinski, and their fearless creative team for what they’ve accomplished.”

Where is Top Gun: Maverick headed from here? All signs point to so some very strong word of mouth. The 97% fresh rating on Rotten Tomatoes was already bragging rights but the 99% audience score on the site shows that it’s pleasing to just about everyone who has seen it. Then there is the fact that the film earned a VERY rare “A+” CinemaScore from opening day audiences. One could argue it’s just Top Gun fanboys pushing these scores but it’s so overwhelmingly positive that it’s clear to me that its positive reception is widespread between old school fans and a new generation of moviegoers. This was all a team effort between all the powers that be that were involved with this sequel but a lion’s share of the film’s success belongs to Tom Cruise. He is seriously a one-man marketing machine and probably one of the last legitimate movie stars we have working in the business today. This is a win for the box office as a whole and for a man who truly cares about the cinematic experience.

Falling to second is Doctor Strange in the Multiverse of Madness which grossed $16.4 million over three days. That’s a drop of 49% and its second below the 50% threshold which is stellar considering Top Gun: Maverick definitely ate into some of its audience this weekend. I guess this shows that there is room for multiple blockbusters, even if one is 4 weeks old at this point. To date, Doctor Strange in the Multiverse of Madness has grossed $370.7 million at the domestic box office. Its global figures are incoming and will be added to the final box office report tomorrow.

Debuting in third is The Bob’s Burgers Movie which grossed $12.6 million. That’s about a million short of what I predicted but considering the film is catering to a very niche audience of fans of the series, that’s a pretty good start in my book. It’s sure to get a bit of a bump on Memorial Day and I think we will be calling this one a win at the end of the day before it goes on to have a great life on PVOD and streaming. The movie also scored an “A” CinemaScore which means fans of the show really dug the movie.

Sliding down to fourth place is Downton Abbey: A New Era which grossed $5.9 million over the three-day period. The four-day gross will get it close to my week two predictions but its drop of 63% shows just how frontloaded the film really was and that it’s not really breaking out beyond the core fanbase. I’m going to stop short of calling this a failure because once international figures are brought in, the sequel will be ok but Focus Features is likely feeling a tad underwhelmed by its performance. To date, Downton Abbey: A New Era has grossed $28.4 million at the domestic box office.

Rounding out the top five is The Bad Guys which grossed $4.6 million over three days. That’s a dip of 25% and a decent hold for a movie that is now six weeks old. This film has truly been the surprise hit of the last few weeks and it continues to shine by maintaining a position in the top five box office since its opening. To date, The Bad Guys has grossed $81.3 million at the domestic office.

In other box office milestone news, after ten weeks of release and currently being available on streaming, The Lost City has crossed the $100 million mark with a total of $101.7 million to date. This is a win for romantic comedies at the box office as they have not been what they used to be in recent years and a win for the female demo which really drove the film to this level of success. Also, kudo to Paramount Pictures who is killing it this year between this film, Top Gun: Maverick, Sonic The Hedgehog 2, Jackass Forever, and Scream. They’re probably popping champagne over there as we speak.

What are YOUR thoughts on this weekend’s box office estimates? Remember, we will update tomorrow once the final four-day numbers come in!