“They Were More Spontaneous And Free”: Ron Galella on the Golden Age of Celebrity 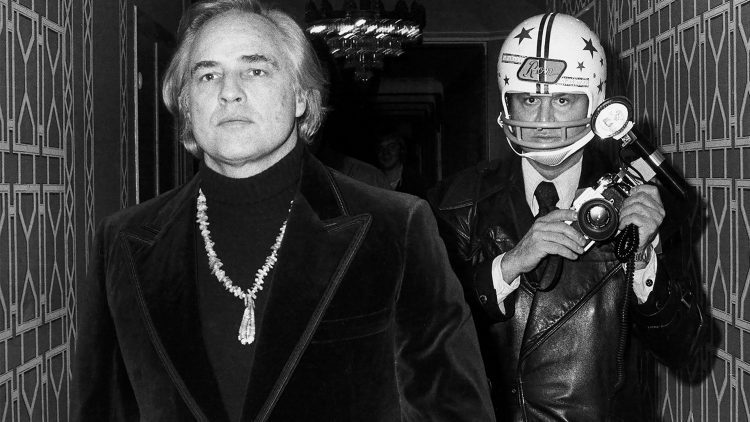 Ron Galella died last April 30, at the age of 91, leaving behind an unparalleled career and an archive that contains some of the most famous images in American costume history. Jackie Kennedy, Elvis, Frank Sinatra, Marlon Brando, Sean Penn, Madonna, Michael Jackson, Robert Redford, Mick Jagger, Diana Ross, Brooke Shields, Liz Taylor—the list of people he photographed is endless. So are the exhibitions that have been dedicated to him. Although his job was to chase stars and steal glimpses of them, his photos have been recognized as art, exhibited in major galleries and purchased by collectors and museums.

I decided to contact Galella after seeing a documentary about him called Smash His Camera. He invited me to spend an afternoon at his house-slash-museum in New Jersey. We sat together in a living room with soaring ceilings and a huge red sofa in the shape of an S. All around us, above, below, on the walls, on the floor, on the furniture, practically in every room, were white boxes filled with his treasure—the thousands of photos taken during his lifetime, all perfectly catalogued. Taken as a whole, they are the ultimate chronicle of the American star system’s glory years.

What did you look for in the celebrities you photographed?

Beauty, but not only that. Naturalness and action. I never liked stars posing too much; I was looking for realistic images.

What was the best period of your career?

The one at Studio 54. Everybody was going through there at one time or another. You would go there late and catch them all.

How were the stars of those days different from those of today?

They had fewer filters. They were more spontaneous and free. Now they take lessons on how to deal with the media, how to go on television. They laugh too much, they show their teeth. And they are always surrounded by bodyguards.

One of you most famous photographs shows Jackie Kennedy crossing the street in New York with her hair tousled by the wind. How did you manage it?

It’s my best picture, my Mona Lisa, and not just because it’s the most famous, but also because of her expression, that smile just of the eyes. A natural, timeless beauty, without makeup. It is a photo that is a child of chance: I was in Central Park shooting with a model. I had taken the job just because it was on 88th Street, near Jackie’s house, and I hoped I would get to see her. And indeed I did. I chased her for a few blocks in a cab, so she wouldn’t recognize me. When I got out I found her almost in front of me and snapped. After that first picture she put on the sunglasses she was holding, but by then I had taken it. I had the perfect picture.

There is another one of her running. Was she running from you?

She had taken her daughter to play tennis. She saw me and, to keep me from photographing Caroline, she ran. She was convinced I would chase her, as in fact I did.

Am I wrong or were you a bit obsessed with Jackie? Rumor has it that she dated your assistant for a while.

A Norwegian girl named Gretta, yes. She used to give me tips like the name of where Jackie got her manicure … then one time she saw us together and fired her.

So I’m right. You were obsessed.

I used to call her my golden girl. I wouldn’t call it obsession, though. I liked her because she played along. She didn’t mind being photographed. She was natural. She didn’t pose. She was full of life. She was always doing something: jogging, buying books, seeing friends. It was interesting to photograph her. Besides, she appreciated my work. When I gave her my first book about her, I learned from mutual acquaintances that she had put it in plain view in her living room, where it remained until her death.

Yet there were some problems between you.

She was very protective of her children. The only time she complained was when I photographed her on a bicycle in Central Park with John Jr. She sent her bodyguard to ask me for the film, wanted me to destroy the photos. I did not hand it over and they had me arrested for harassment. On the advice of my lawyer I countersued. [In 1972, a judge ordered Galella to keep 25 feet away from Mrs. Kennedy and 30 feet from her children. A decade later, risking jail time for violating the order, Galella agreed never to photograph them again.]

Aside from your assistant, did you have any other informants?

I had a network, yes. People who worked in hotels, for example. Once I was the only one who photographed Liz Taylor and Richard Burton because I knew they were in a different hotel than the Plaza, where they usually stayed.

Is there anyone you couldn’t photograph that you would have liked to?

Marilyn Monroe. I missed the opportunity. Once I was in the studio next door to the one where they were shooting Bus Stop, and because I was doing another job I decided not to wait for her to come out. I regretted it.

But you did get Elvis.

In 1974, at the Hilton Hotel in Philadelphia. He had just finished a concert and, instead of going out the back through the kitchens as he usually did, he went out the front door, with the limousine waiting outside. It’s an almost blurry picture. Elvis is in the back. In the front is his bodyguard, who perhaps not coincidentally looks a lot like him, but in spite of that I like him. In fact, maybe because of that.

Tell me about the time Marlon Brando punched out five of your teeth.

It happened in June 1973. I knew Brando was in New York to record a television program with Dick Cavett. I photographed him when he arrived by helicopter, followed him all day, and in the evening, as he was going to dinner in Chinatown, I chased him down the street again. At one point he said, “What do you want that you still don’t have?” I replied that I wanted a picture without sunglasses because they sold for more money, and he then threw a punch at me. We went for lawyers and in the end I got $40,000 in settlement of a lawsuit for damages.

What is the secret to getting the best picture?

Being in the right place at the right time. And then boldness. You wouldn’t think I was a shy person. I went to acting school, in Pasadena, precisely to combat my shyness.

What was your technique?

I always shot with two cameras, one in black-and-white and one in color. I would take the first picture by surprise, without focusing, without even looking. Maybe it was blurry, but it was natural. If the celebrity agreed to be photographed, I would take more in color, more posed, portrait-like. If he refused, I still had a picture at home. And in 90 percent of the cases the stolen, natural one was also the one that sold better.

What did you learn about celebrities from all those years photographing them?

The work they do has to do with illusion. You see them on the screen and they look gigantic. They look super human, because the size of the screen makes them look that way. But in real life they are not. In fact, sometimes they’re tiny.

Would being remembered as a paparazzo bother you?

I have never chased celebrities for the sake of seeing them fall or filming them in embarrassing situations. Unfortunately, today the word “paparazzo” is associated with tasteless characters. If I have been one, I have been one with class.