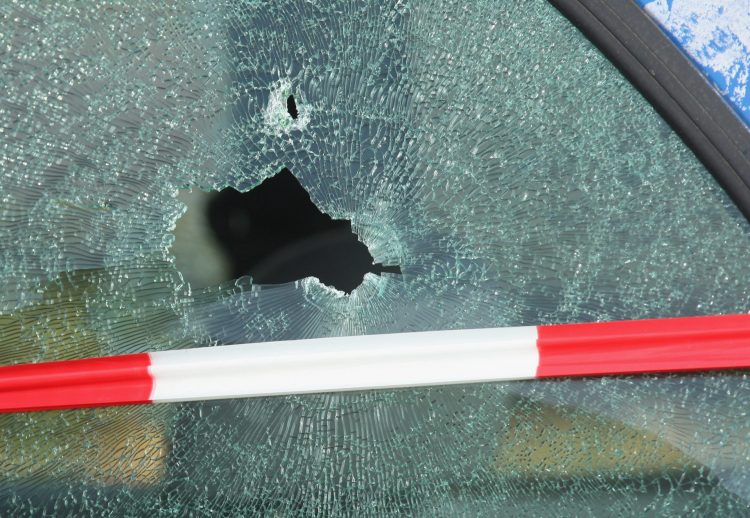 Missouri cops shot a woman five times Friday while trying to arrest the pregnant suspect for allegedly jacking a car. A witness, horrified by the police, said she showed the officers that she was unarmed and told them that she was pregnant. She was unfortunately shot with her hands in the air.

KCTV5 reports that Leonna Hale, 26, was shot by officers responding to reports of an armed carjacking around 8 p.m. Cops over the radio alleged that a male driver fled when they attempted to pull him over. Subsequently, Hale was shot as she also tried to flee, Missouri State Highway Patrol.

“They shot her! Oh my God, they shot her!” A witness by the name of Shé Danja on facebook cried in the footage she filmed in the aftermath of the Friday night officer-involved shooting in Kansas City. However, the appalled witness shared on Facebook that before turning to run, Hale had “put her hands up and was talking to them to show she didn’t have a weapon in her hand!!!”

She added that the pregnant woman was still cuffed after police shot her five times.

“What the f–k! Oh my God, they shot her and they still putting her in handcuffs!”

The witness also told The Kansas City Star that Hale had only refused to get on the ground because she told cops that she was pregnant.

“She was gonna cooperate, she got scared, she ran down there and they shot her … it ain’t right!” she exclaimed in her video at the scene.

Shé Danja did, however, say that Hale had warned that there was a gun in the car. Police confirmed that a handgun was found nearby after the shooting.

Suspect In Stable Condition After Shooting

Despite the horrible circumstances, the expectant mother is alive. Hale reportedly sustained serious injuries and was taken to the hospital. At last check, she was in stable condition. The male suspect was unharmed and was also taken to a local hospital for an unrelated medical issue.