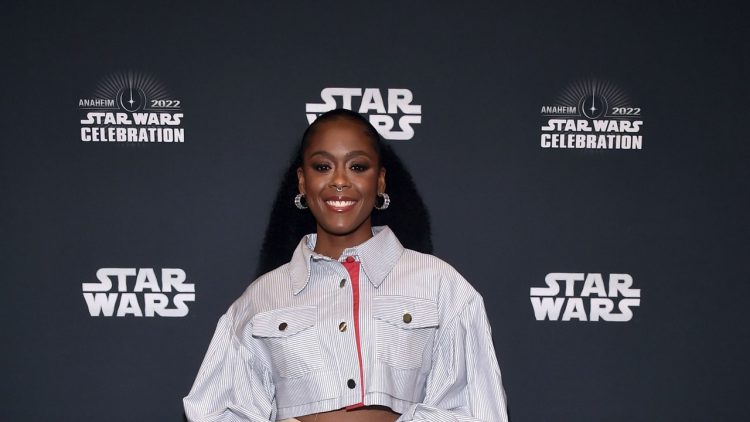 It’s probably okay to despise Reva Sevander, the Imperial inquisitor who is hunting big-game Jedi on behalf of Darth Vader in the new Star Wars series Obi-Wan Kenobi. She’s the central villain in the story, after all, and appears to be irredeemably evil. But the hatred that actress Moses Ingram has faced on social media has nothing to do with her character’s merciless nature or willingness to torment innocent bystanders.

Instead, the messages shared by Ingram in a series of Instagram stories Monday night include degrading racist insults, threats and slurs, which she paired with Megan Thee Stallion‘s defiant anthem “Megan’s Piano”—indicating she would neither be intimidated nor look the other way. “There are hundreds of those. Hundreds,” she said in an accompanying video.

Smiling warmly, Ingram added: “I also see those of you out there who put on a cape for me. And that really does mean the world to me.” She went on to say that such insults are inevitable. Days earlier, she had said that Lucasfilm warned her to brace for such remarks.

“There’s nothing anybody can do about this. There’s nothing anybody can do to stop this hate,” Ingram said. “I question what my purpose is even being here in front of you, saying that this is happening. … But I think the thing that bothers me, is this feeling that I’ve had inside of myself—which no one has told me—but this feeling that I’ve just got to shut up and take it. That I’ve just got to grin and bear it. And I’m not built like that.”

The actor said her motivation in making the Instagram post was to focus on those who have raised their voices in support of her. “I really just wanted to come on, I think, and say thank you to the people who show up for me in the comments and the places that I’m not going to put myself. And to the rest of y’all …” Ingram added with a laugh. “…Y’all weird.”

Through its official Star Wars account on Twitter, Lucasfilm shared its own message of support for Ingram.