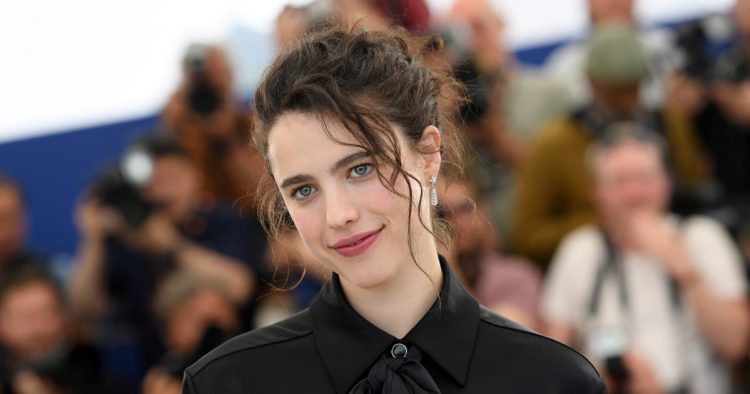 “Maid” actress Margaret Qualley recently got engaged to record producer Jack Antonoff, confirming the news on May 31 by sharing a gallery of Instagram selfies that highlight her engagement ring. The piece of jewelry features a round-cut diamond set on a white-gold split-shank band, and there appear to be two smaller diamonds nestled into where the band divides on each side, providing some additional sparkle. It has an antique charm to it and is a welcome departure from some of the far more elaborate rings we’ve seen on other celebrities this year. Seeing as the vintage aesthetic is a big engagement-ring trend for 2022, it’s clear Antonoff did his research ahead of time.

Qualley, who is also well-known for her role as Pussycat in Quentin Tarantino’s 2019 “Once Upon a Time in… Hollywood,” soft-launched her new ring at the Cannes Film Festival last week, first wearing it with a black Chanel dress to the premiere of her new film “Stars at Noon” on May 25. The following day, she wore it again for a photocall with costar Joe Alwyn and director Claire Denis. Although she mostly kept it hidden in the left pocket of her Chanel pants on the red carpet, she flashed it for the cameras a few times during a press conference, thus sparking rumors about a change in her relationship status.

Ahead, zoom in on all the photos of Qualley’s unique engagement ring we’ve been treated to so far, and stay tuned for more as she continues her round of press.