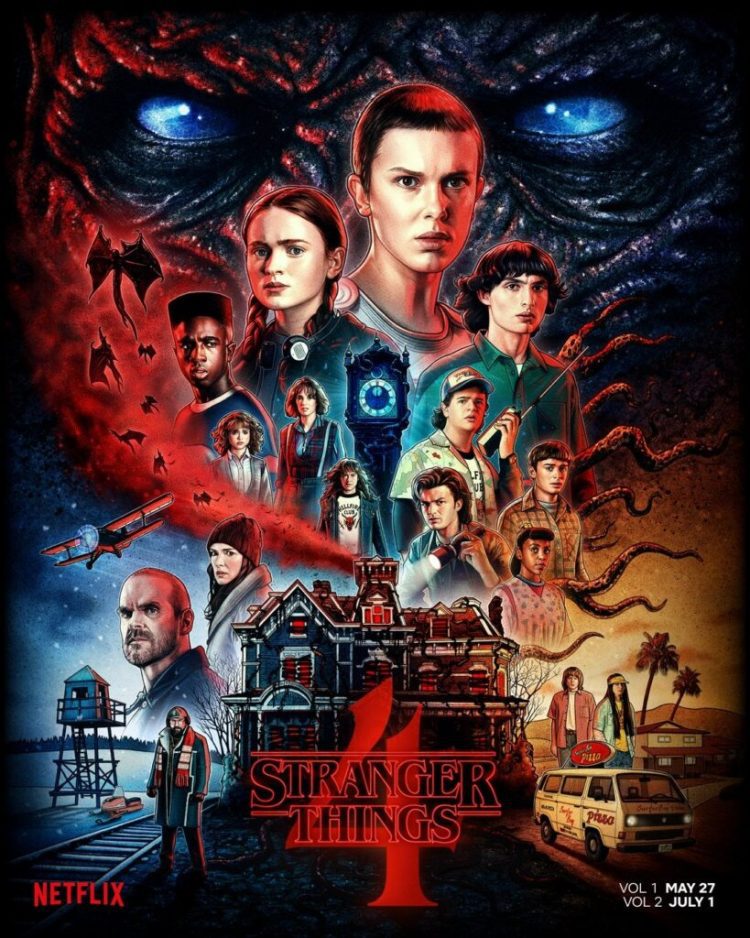 About three years went by between the premieres of Stranger Things seasons 3 and 4, and Netflix subscribers were clearly anxious to catch up with the show’s characters by the time the new season was released. Deadline reports that Stranger Things season 4 had the biggest premiere weekend in the history of Netflix original series, with 286.79 million hours viewed. That far surpassed the 193 million hours that were viewed of Bridgerton season 2 over its premiere weekend.

Stranger Things season 4 reached #1 in 83 countries, another premiere weekend record. The series made it into the Top 10 in all 93 countries where Netflix is tracking viewership. The new season also gave the viewership of previous seasons a boost, with all three landing in the Netflix Top 10 for English-language series for the week of May 23-29. 38 million hours were viewed of season 1 in that week, 22.2 million hours of season 2 were viewed, and 24.3 million hours of season 3 were viewed. “Stranger Things crowded the Top 5, taking the No. 1 spot (Season 4, V.1), No. 3 (Season 1), No. 4 (Season 3) and No. 5 (Season 2.)”

It’s been six months since the Battle of Starcourt, which brought terror and destruction to Hawkins. Struggling with the aftermath, our group of friends are separated for the first time – and navigating the complexities of high school hasn’t made things any easier. In this most vulnerable time, a new and horrifying supernatural threat surfaces, presenting a gruesome mystery that, if solved, might finally put an end to the horrors of the Upside Down.

Here’s the list of this season’s cast members and the characters they play:

Did you watch Stranger Things season 4 during its premiere weekend? Let us know by leaving a comment below.