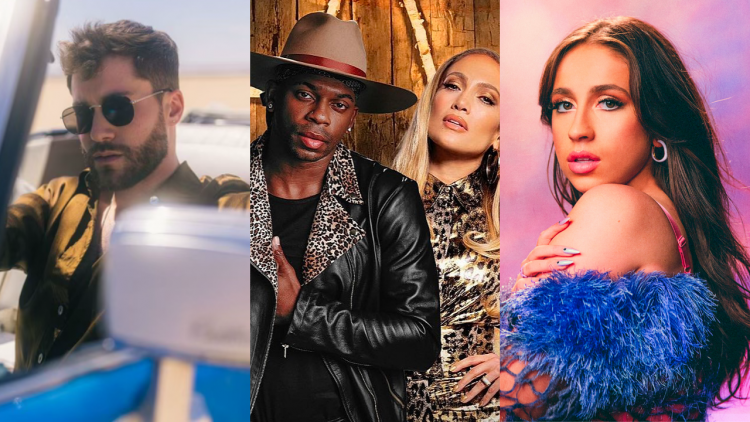 We’re heading into a three-day weekend with Memorial Day approaching us on Monday! We have your latest on new releases right in time for the weekend.

This week, Kelly Clarkson announced the release of her next project “Kellyoke” which features covers from her talk show The Kelly Clarkson Show. The first song off the project is an emotional cover of Billie Eilish‘s “Happier Then Ever.”

Pop powerhouse Tate McRae released her highly anticipated album “i used to think i could fly” which features her hit singles “chaotic,” “she’s all i wanna be,” and “feel like shit.”

Other releases include Jimmie Allen and Jennifer Lopez’s “on my way,” Dylan Brady‘s “You Tomorrow,” and many additional releases.

“Happier Than Ever” – Kelly Clarkson

“i used to think i could fly” – Tate McRae

“What My World Spins Around” – Jordan Davis

“The Devil’s Still Down In Georgia” – Carter Faith

“A Bar About A Bar” – Chance the Rapper

“Other Side” – Wynonna, Waxahatchee

“One Too” – Dallas Smith, MacKenzie Porter

“Growing Up (Are You Happy)” – Julia Cole

“Beers In It” – Johnny Dailey

“Picnic On The Moon” – FIONN

“Let Me Down Slow” – Max Drazen

“Water To The Well” – Connor Garvey

“Are You The One?” – YaLLa the Melodica