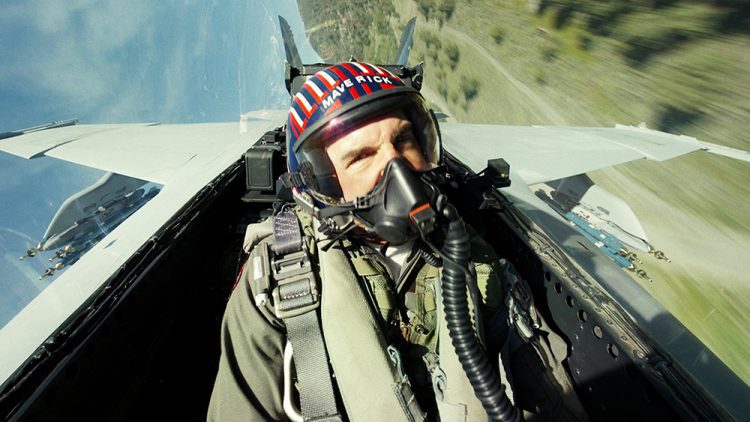 After a making a record-breaking $160.5 million and sporting an exceptional 96% on Rotten Tomatoes, Tom Cruise’s high-flying “Top Gun: Maverick” is among the top movie successes of the year. With love pouring in for the second chapter of the story of test pilot and flight instructor Captain Pete “Maverick” Mitchell, can this fighter stay airborne for the next seven months and lead to Academy Awards success?

Casual awards viewers and fans have made comparisons to George Miller’s “Mad Max: Fury Road” as a possible Oscars point of comparison – a pretty wild and far-fetched correlation. One of only six movies to be nominated in every artisan category, Miller’s movie rejuvenated its franchise and arguably the entire action genre. “Maverick,” likewise, is a wonderful callback to its 1986 predecessor and boasts some fantastic effects and achievements.

But the chatter surrounding a best pic nom for “Top Gun: Maverick” feels more like it could be the first instance of the “CODA” effect — a reference to the best picture winner that made hopeful cinephiles feel like “anything is possible” when it comes to awards. But we’ve heard this song before when films like “The Avengers” (2012) and “Furious 7” (2015) become box office juggernauts that also garner critical acclaim. While nominating “Top Gun: Maverick” could help goose Oscarcast ratings, it’s highly unlikely Joseph Kosinski’s air adventure can summon the G-force to crack the best picture lineup — albeit not impossible.

The road to awards success begins in the artisan branches, where more than 60% of the Academy’s membership resides. The threshold for blockbuster movies has bubbled around five to six tech noms that are typically needed to help land a best picture nod. Recent movies like “Star Wars: The Force Awakens” (2015) and “Blade Runner 2049” (2017) landed five in their respective years but couldn’t get over the finish line while others like “Inception” (2010) and last year’s “Dune” have cleared their markers.

At the least, “Maverick” has a runway to a manageable four noms. The film editing and sound categories have gone to the same movie in the last decade (no two categories have a longer correlation in the 94-year Oscar history), and that tradition could continue with editor Eddie Hamilton (“Mission: Impossible – Fallout”) and the sound team (the Academy determines which craftspeople are eligible). The pulse-pounding pace and stellar aural beats put the viewers right in the cockpit, creating an experience that’s the most accessible for recognition.

Oscar-winning DP Claudio Miranda (“Life of Pi”) fetches exquisite aerial shots and a breathtaking framework that puts him in line for his third career nom. Cinematography has also had a solid correlation to visual effects with practical effects-driven films such as “1917” (2019) being embraced in the last few years.

With four credited composers — Lorne Balfe, Harold Faltermeyer, Lady Gaga and Hans Zimmer — it’s going to be an uphill battle as the music branch isn’t typically kind to multiple musicians. Not since the 12-person assembly for “The Color Purple” (1985) has a film with four or more composers been nominated. However, you can bet your bottom dollar every concerted effort will go into campaigning the chart-topper “Hold My Hand,” penned by Balfe and Gaga, for original song. After being snubbed for “House of Gucci” last year, Gaga would be wise to take a softer approach on the awards circuit.

Any hopes of the film cracking best picture will rely on whether or not its actor and producing star Tom Cruise comes out and campaigns for the film’s achievements. Always known for his love for the big screen, and his relentless advocacy for movie theaters and the technical wizards that bring them to life, he’ll need to adopt a more hands-on approach to ensuring his movie is not forgotten come voting time. This will include sitting for Q&As with his crafts team, especially as the fall festival will bring new and shinier awards prospects.

The first “Top Gun” was able to muster four noms — editing, sound, sound effects and original song for “Take My Breath Away,” which it won. What will make it so different this time around? The Tom Cruise and the Academy of today are far different than in 1986.

Before the film was screened at this year’s Cannes Film Festival, the audience was treated to a ten-minute montage of Cruise’s illustrious career. Whether it’s sliding across the floor in his underwear in “Risky Business” (1983) or telling Claudia that she’s been a very naughty girl in “Interview with the Vampire: The Vampire Chronicles” (1994), the package reminded us that his presence is likely a core memory in our cinematic psyche. An accomplished actor, his role as a movie star has brought a dynamic range of characters that have received critical raves and secured awards attention.

After sitting next to two best actor winners — Paul Newman in “The Color of Money” (1986) and Dustin Hoffman in “Rain Man” (1988) — he landed his first Oscar nom for Oliver Stone’s anti-war biopic “Born on the Fourth of July” (1989), followed by his beloved sports agent in Cameron Crowe’s romantic dramedy “Jerry Maguire” (1996). However, it was his supporting actor turn in Paul Thomas Anderson’s multifaceted dramatic epic “Magnolia” (1999) that became his artistic offering to cinema. In the 188-minute character mosaic, Cruise played Frank T.J. Mackey, a self-proclaimed pickup artist for men. Too big of a movie star for the “spirit” of the category, Cruise stepped into one of the finest supporting actor lineups in Oscar history, losing to Michael Caine in the less-than-average “The Cider House Rules” (who already had an Oscar for “Hannah and Her Sisters”).

After the “Magnolia” shut out, it seemed like Cruise would still find his way into the winner’s circle. He was the kind of actor who it was tempting to think “will definitely win an Oscar one day.” But as the years fly by and he embraces mostly action blockbusters, somehow that moment of glory is looking more out of reach – just ask the likes of Peter O’Toole, Albert Finney or Thelma Ritter. This year will mark 24 years since Cruise received an Academy Award nomination.

As he approaches his 60th birthday (are you kidding?), can we say with any definitive certainty that he’ll win one day?

Cruise has felt like a prime candidate to be awarded an Honorary Oscar. He could also become the figurehead for the film community to campaign for the Academy to add a category for stunts. Based on Oscar history, “Maverick” doesn’t suggest (nor warrant) the arrival of his overdue Oscar moment. For a nom, the movie would need to bleed into cultural zeitgeisty territory a la Johnny Depp in “Pirates of the Caribbean: The Curse of the Black Pearl” (2003), and that seems too far-fetched.

While Memorial Day weekend was marked by barbeques, honoring our veterans, and this year, snagging a ticket for “Maverick,” the altitude Paramount’s film climbs to will depend on its sustainability through the summer. Paramount has what are theoretically more awards-friendly vehicles on its docket, such as “Babylon” from Damien Chazelle, so if the flick hopes to go the distance, Cruise will need to take the stick and steer the film to an Oscar landing.