What’s New to Stream on Amazon Prime for June 2022 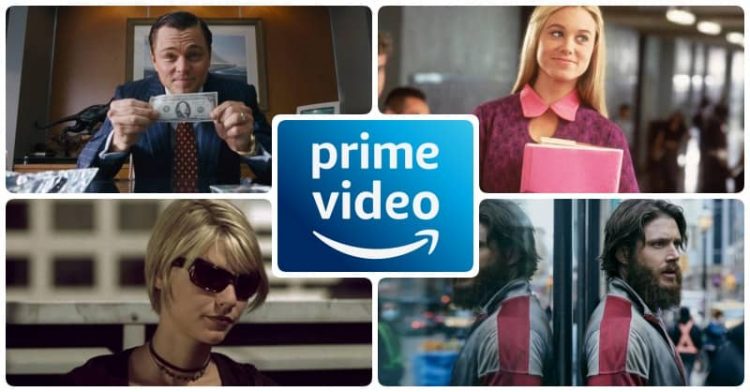 The new season of ‘The Boys’ hits Amazon Prime this June with exploding body parts and more.

Crossing the Streams is our series of guides looking at all the offerings hitting the big streaming services each month. This time we’re checking out what’s new to streaming on Amazon Prime in June 2022 including the return of The Boys, two from DiCaprio, and more!

Amazon Prime Pick of the Month for June 2022 Shows, movies, and stories about superheroes — long considered the epitome of good and right — actually being pricks, putzes, and sometimes even villains are nothing new. That said, few previous incarnations have touched the manic sensibility, savagery, and smarts of The Boys. Season 3 (premieres June 3rd) picks up after an uncertain truce of sorts between a group of vigilantes, a mixed bag of morally incongruous superheroes, and a corporation that’s profiting off of all the subsequent carnage. More revelations, more laughs, more tragic demises, and plenty of gory beats are in store for season three, and it’s easily one of this summer’s most anticipated shows. There’s a gag in the opening of the season premiere that’s more outrageous than anything the show’s done before, and that’s saying something. Some comedies are fun and funny when you’re in the right mood, but others are guaranteed to make you smile anytime at all. Groundhog Day (1993) sits happily among the latter as a romantic comedy with a genre twist — a grumpy weatherman gets stuck in a time loop that sees him become a better person through trial and error — and while it’s been oft-copied it’s never been equaled. Bill Murray headlines as the grump who finds his heart, and he’s supported by Andie MacDowell, Chris Elliott, and more familiar faces. The laughs are big and plentiful, and the emotional beats hit hard even on rewatch.

The Brady Bunch Movie (1995) is probably more of a cult classic or acquired taste, but good gravy does this movie make me laugh. Familiarity with the original television series is arguably essential to getting the most out of it as the film riffs on characters, stories, and moments from the iconic series. The cast is pitch-perfect, the film’s look and style are on point, and the dialogue/delivery are endlessly hilarious. If you’ve never seen the show, ignore this recommendation, but if you have you’ll want to seek out this movie (and its slightly less entertaining sequel) immediately.

Speaking of movies that are endlessly hilarious, Galaxy Quest (1999) riffs on a fictional television show and is equally as smart and funny. The target here is a show like Star Trek with the premise being that the cast of an old but popular sci-fi show is recruited by actual aliens to help in their war with an intergalactic threat. Tim Allen takes on the William Shatner mantle while the talented likes of Sigourney Weaver, Alan Rickman, Tony Shalhoub, Sam Rockwell, and Daryl Mitchell bring the rest of the cast to life with extremely funny results. Add in fun CG beats and entertaining action sequences, and you have a sci-fi/comedy that delivers the goods. Leonardo DiCaprio has come a long way from his Critters 3 (1992) days with both highs and lows along the way. The Beach (2000, via freevee) sits pretty comfortably in the top half (not high up necessarily, but in that top half all the same) as an engrossing, visually lush drama about ambition and futility. DiCaprio plays a young man who seeks out an unspoiled stretch of beach hoping for a respite from society, but of course, anywhere people are… there’s also a society. Danny Boyle directs from an Alex Garland novel, and it’s quite a ride.

While that film was a modest success and has its fans, The Wolf of Wall Street (2013, premieres June 12th) was a monster hit for very good reasons. Martin Scorsese’s look at the rise and fall of one greedy asshole delivers comedy, splendor, sex appeal, drama, and a heaving helping of social commentary. DiCaprio plays real-life prick Jordan Belfort, and we watch him make millions as a stockbroker only to lose it thanks to scheming, poor choices, and government investigation. It’s a grim commentary in the form of an extremely entertaining movie, and the scene of a drugged-up Belfort trying to get to his car is a masterclass in physical comedy.

From the Small Screen to the Big Television shows get big-screen adaptations sometimes, and while the best hitting Prime this month is The Brady Bunch Movie, there are three more also-rans arriving too. Are they good? Meh. But they’re available! The Flintstones (1994, via freevee) made an inexplicable $340 million on its release, and I honestly don’t get it, but to each their own. The cast is solid with John Goodman, Rick Moranis, Elizabeth Perkins, Rosie O’Donnell, Kyle MacLachlan, Halle Berry, and Elizabeth Taylor bringing their chops to a goofy story about caveman business. Shut your mind off and enjoy the yabba damma doing.

At the other end of the box office spectrum is The Mod Squad (1999), a $50 million update to a mildly popular 60s series that absolutely tanked at the box office. Claire Danes, Giovanni Ribisi, and Omar Epps are the three young crooks turned by the cops into undercover agents, and action and chaos follow. It’s an engaging enough watch, but the idea never quite finds its footing resulting in a movie with an interesting cast and little else.

The downward slide continues with a big-screen turn by The Honeymooners (2005). The original Jackie Gleason hit show was already a dated watch — an update that changes certain things wouldn’t be the original, but if you keep them they’re just not funny — and the film stumbles as a result. Cedric the Entertainer, Gabrielle Union, Regina Hall, and Mike Epps headline, but while all four are talented artists the material does them no good here.

Bring It On: Worldwide #Cheersmack (2017)freevee

Paranormal Activity: The Marked Ones (2014)

The Summer I Turned PrettyPrime Original

6/24At Home with the GilsPrime Original

The One That Got AwayPrime Original