A Star Wars Celebration Tour Through ‘The Mandalorian Experience’ 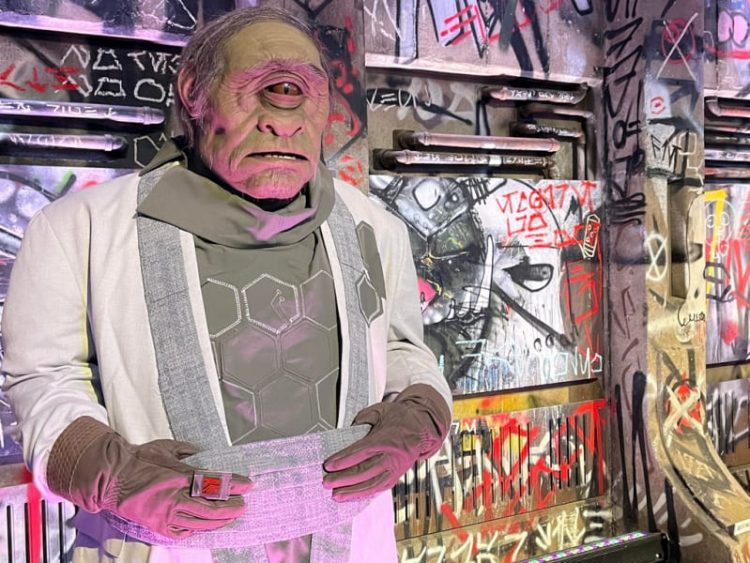 We walk through the exhibit and revel in the massive universe suggested in every fabric and prop.

Denver Travel Guide – How to Spend Three Days In Denver

Star Wars Explained is our ongoing series where we delve into the latest Star Wars shows, movies, trailers, and news stories to divine the franchise’s future. In this entry, we’re exploring The Mandalorian Experience unveiled at this year’s Star Wars Celebration.

At Star Wars Celebration, distraction is everywhere. Take five steps, and five sights will call your attention. It’s hard not to wander into every random spot that presents itself, but you cannot allow spontaneity to pull you away from your mission. You’ve got only four days, and certain attractions must take precedence rather than whatever other flights of fancy.

Wait, is that a life-size Tie Fighter? No, walk away. Resist the photo op line, Brad.

Shortly after the Lucasfilm’s Studio Showcase panel on Friday, The Mandalorian Experience opened its doors to those in attendance. Jon Favreau announced the event, begging those who ventured within to watch their fingers. The models, props, and costumes are the real deal. No replicas, and in some cases, the items inside are due for use during The Mandalorian‘s season three shooting schedule.  And, yes, they decked each display with a security guard, blocking wandering digits from crossing the barriers.

As you enter the exhibit, you’re greeted first by Gor Koresh’s animatronic head. In season two, John Leguizamo gave the Abyssin gangster his voice, but John Rosengrant actually wore this beastly device on set. Favreau’s initial script described Koresh as “a foul cyclops,” but the thug is quite regal in person. If you’re into that thing, which, of course, everyone reading this undoubtedly is. Give me some of that wretched hive beauty.

The Mandalorian Experience twists through several thin corridors before blowing outward into a massive show floor. In the middle rests Din Djarin’s N1-Starfighter, recently hot-rodded in The Book of Boba Fett. Off to the side stands Peli Motto’s wardrobe and her Astromech sidekick. An animatronic Grogu sits under the speedster’s dome and periodically waves at passersby.

Every major and non-major player featured in The Mandalorian and The Book of Boba Fett is given a tiny corner to shine. Most visitors amassed around the Tusken Raiders, snapping the best angles of the methodically grumbling and shakey Bantha. Heding the thin rope barricades, many squinted. I sharpened my vision as tightly as I could regarding the fabrics, marveling over how costume designer Shawna Trpcic remained true to the original designs from A New Hope while expanding Tusken culture and mythology.

Tossed across from the Tuskens is another Gor Koresh celebration. However, as impressive as his costume is, the presentation’s true wonder is the gargantuan wall behind him. These faux concrete panels were briefly observed in The Mandalorian‘s season two premiere. The murals come straight from rebel graffiti artist David Choe, with some serious assistance from Jon Favreau’s eighteen-year-old son, Max Favreau.

Choe is good friends with Jon Favreau, and the wall came about when the artist questioned why the galaxy far, far away rarely featured tagging. The animated Star Wars: Rebels, through Sabine Wren, delivers quite a bit of graffiti, but the live-action is lacking in street art. Getting to hang back and soak in David Choe and Max Favreau’s work, a hunger for more percolates.

How do the Star Wars citizens feel about the Empire? It’s right up there on the wall with Stormtrooper helmets phallically accentuated. Who are the most boss and badass brutes along the Outer Rim? The Gamorrean gladiators, drawn in sharp definition, their strength undeniable.

Choe and Favreau’s wall is what happens when creators treat fiction like reality. Each illustration suggests a history that expands far beyond the tiny frames found within the films and shows. The personality bombed on the wall achieves what an endless stream of dialogue never could.

The same can be said for everything propped on display in The Mandalorian Experience at Star Wars Celebration. It’s what the franchise has excelled at from the very beginning, suggesting a life away from the plot. Luke Skywalker is cool and all, but what’s this business about The Clone Wars? Those scummy cantina aliens, can we hang with them for a bit? The movie says no, but the Expanded Universe says yes. So, we go running to the toys, comics, and books.

Star Wars‘ reality exists in the unsaid. It’s in the costumes, the props, and the art inside the art. The Mandalorian Experience is temporary for now, but you can bet a collector’s edition book is tangibly near. You’re going to want it.

Brad Gullickson is a Weekly Columnist for Film School Rejects and Senior Curator for One Perfect Shot. When not rambling about movies here, he’s rambling about comics as the co-host of Comic Book Couples Counseling. Hunt him down on Twitter: @MouthDork. (He/Him)